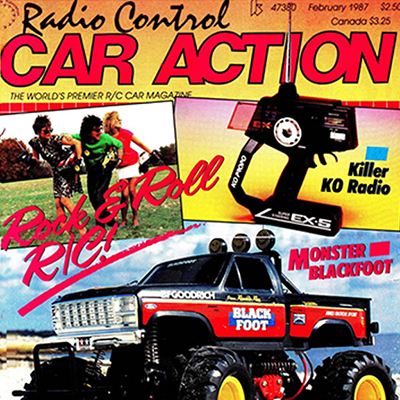 In addition to showcasing the rad fashions of the day via Chris Chianelli and friends, the February ’87 issue marked the debut of the then-new Tamiya Blackfoot. The mid-size monster went on to become a monster hit, and Tamiya has kept a ‘Foot in the lineup ever since (latest: the Blackfoot III), but only the original rolled out on the Frog chassis as seen here. Also featured: KO’s EX-5, and the promise of a “Lethal Grasshopper.” Sounds interesting… 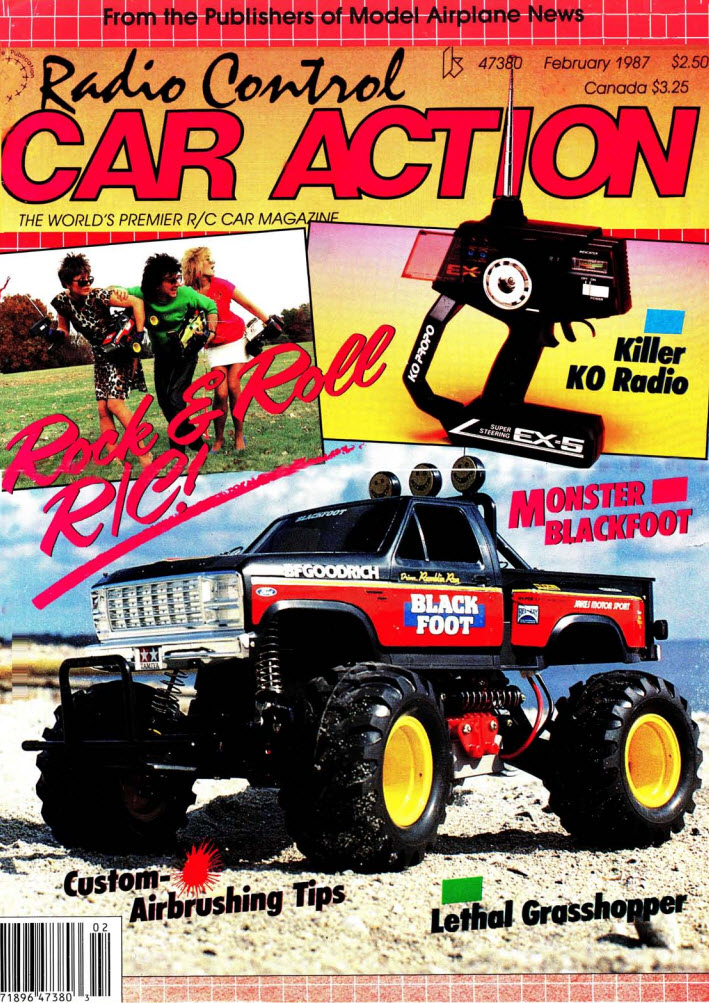 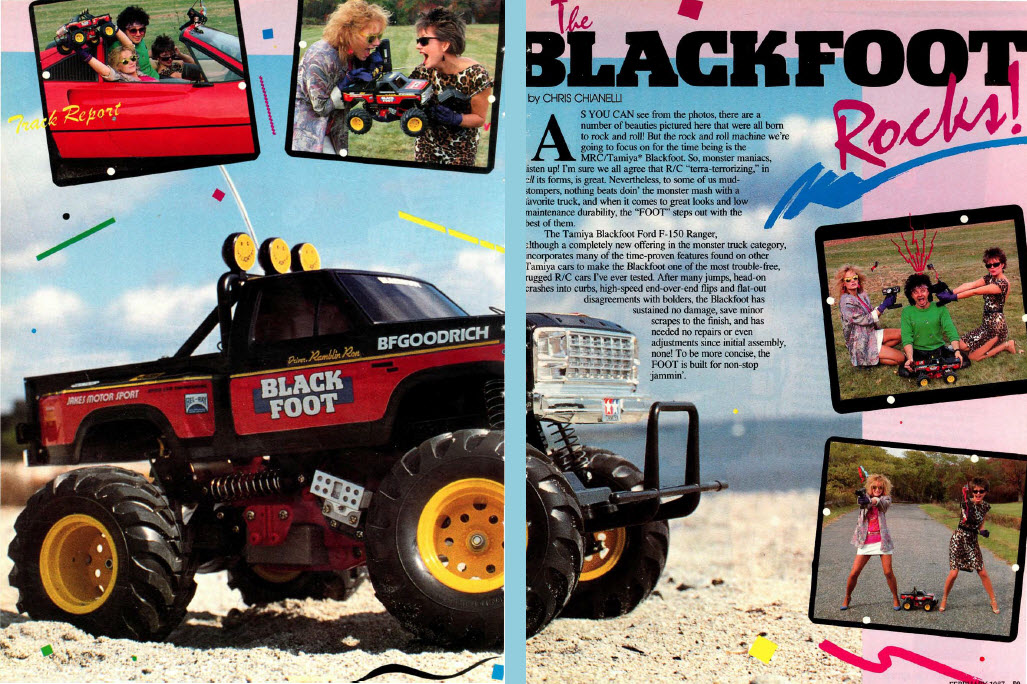 Much mugging for the camera and pose-striking going on here, and if you were hoping for a heaping dose of 80s squiggles and confetti, you’re welcome. 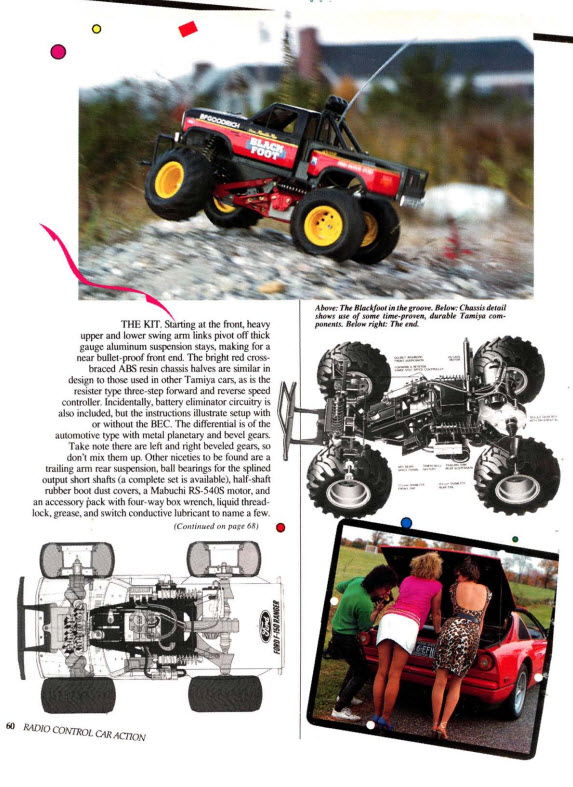 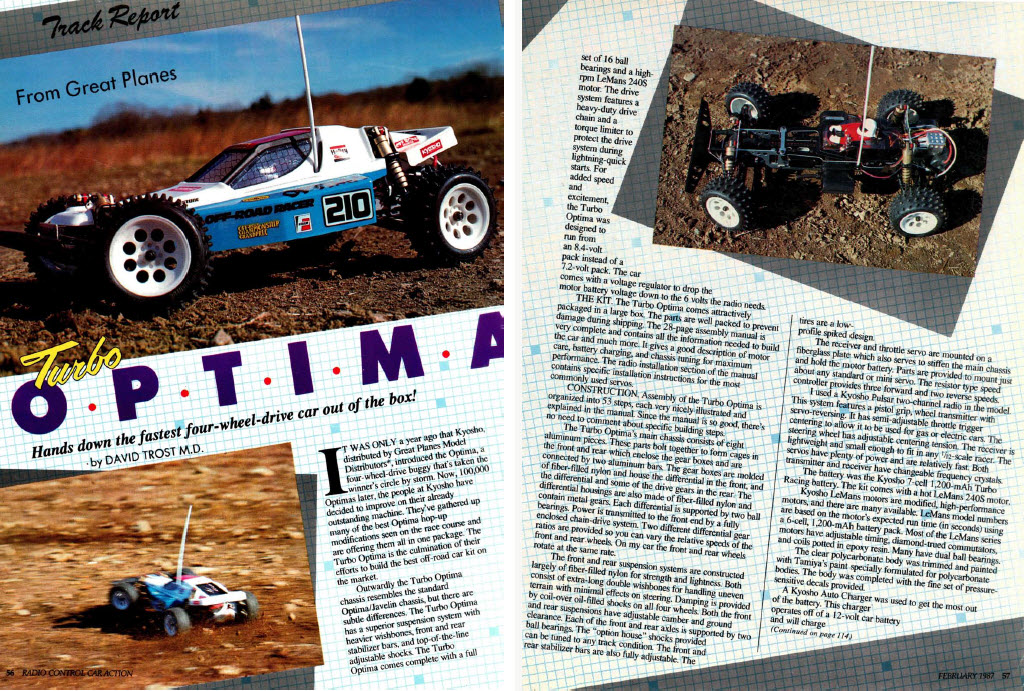 Ah, the Optima. Not the Mid mind you, but the OG model with the rear motor and no wing. This article reviews the juiced-up Turbo version, which featured a bunch of Option House upgrades but still spun its front and rear diffs with a wire chain. Yep, chain-drive was a thing in the early days of the 80s off-road boom. 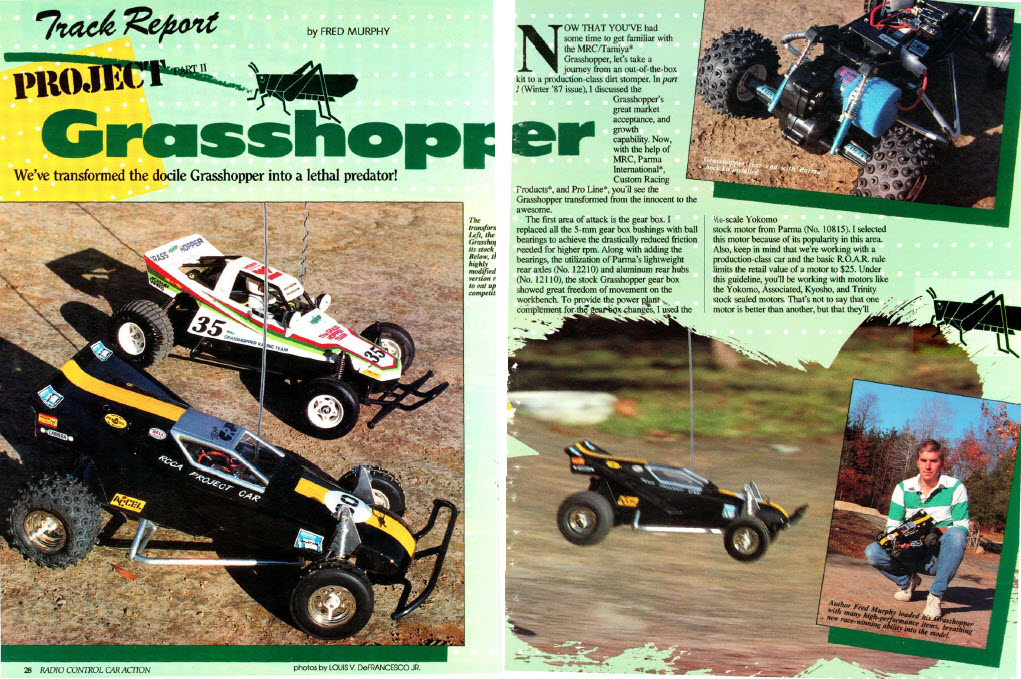 Lethal indeed. This Project Grasshopper featured “upgrades” that we don’t even count as good enough for stock parts these days–such as a 27-turn motor and a mechanical speed control. Gotta respect the Pinewood Derby paint job though… 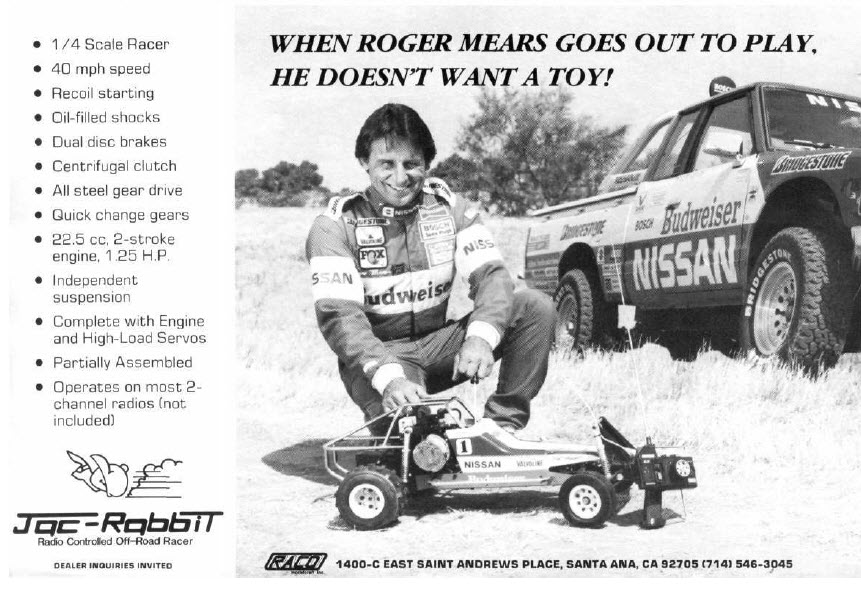 This ad was an attention-getter in ’87. “Look how big that thing is!” Large to be sure, but low-tech. Think of the Raco Jac-Rabbit as Fred Flintstone’s Baja 5B. 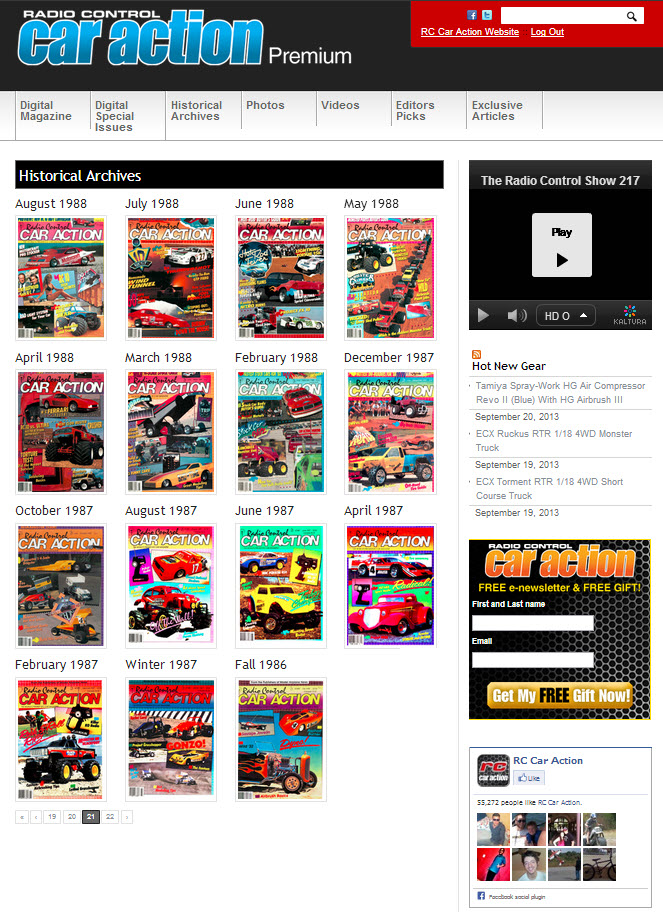