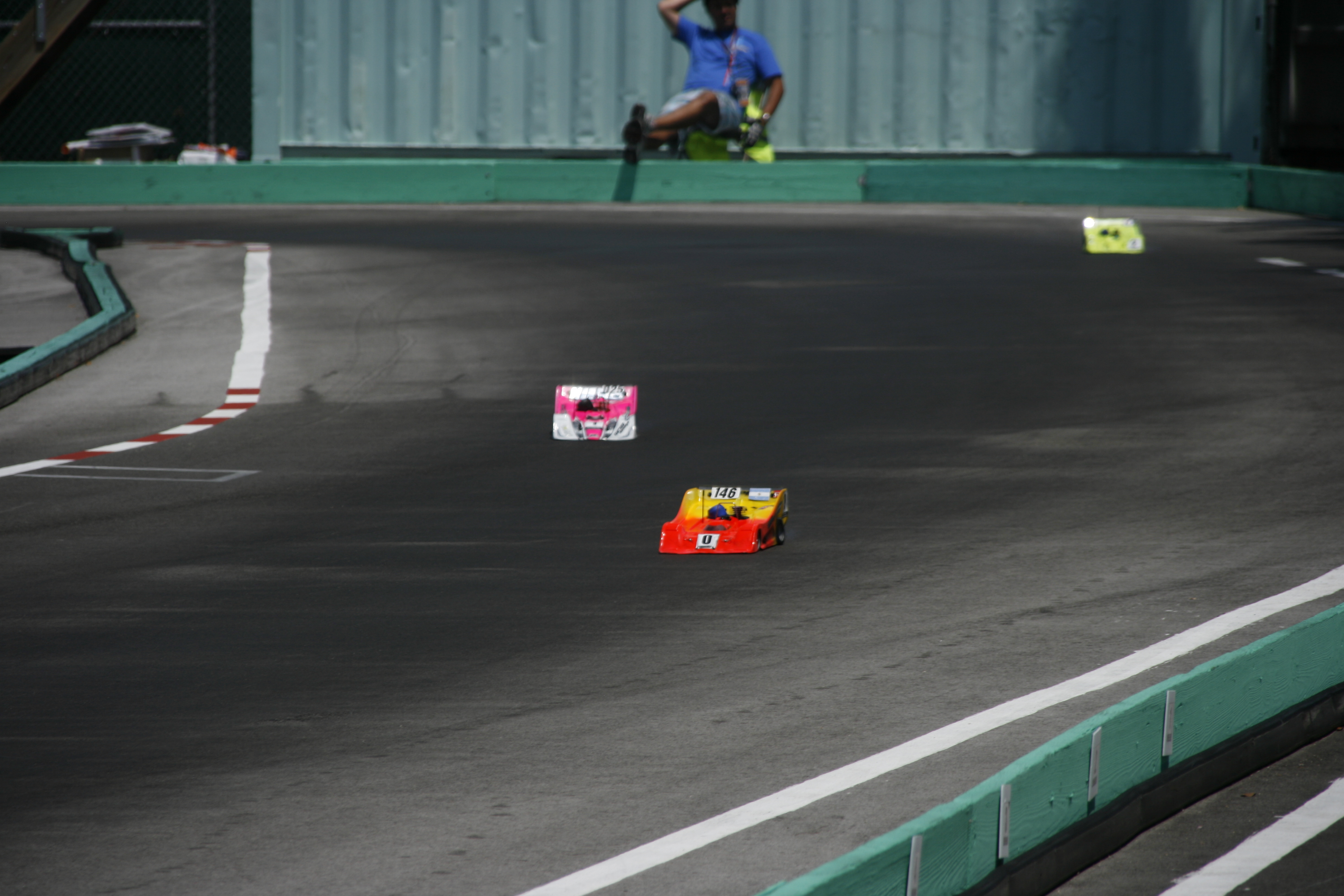 Robert Pietsch of Germany, Atsushi Hara of Japan, Dario Balestri of Italy and Takaaki Shimo of Japan have guaranteed spots in Saturday’s A-main event. The rest of the field will be filled when the lower mains conclude Saturday morning and early afternoon.  This world championship race format is different than your typical race in that the hour-long main, with the exception of the top four, is seeded using what is essentially an elaborate bump up system. After qualifying, the drivers are split into two groups, odd and even group. The two groups are placed into mains based on their qualifying times. Top finishing drivers from each main bump up their way up the bracket. In theory, a driver could bump from the lowest main all the way to the A-main race. It’s unlikely, but it could happen. This means that despite how the do in qualifying, every racer has a chance of making the main event (they just have their work cut out for them and a whole lot of racing to do to get there), but it also means that the driver who qualified 5th could not make the main.