LandWave, maker of modular plastic ramps as seen in RC Car Action, put on the first-annual LandWave Challenge in Pioneer, Ohio, which is also home to the company headquarters. As you might expect, the focus was on jumping, with a “motocross course” and a long-jump competition, all using the brand’s unique stacking, multi-configuration ramps. 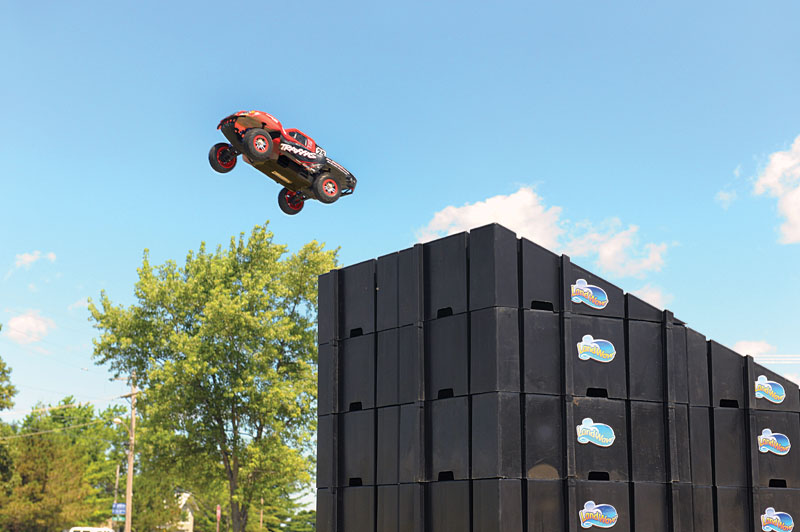 Flying high off the LandWave Tower for the distance competition. The ramps’ modular design makes it easy to build huge jumps without tools. 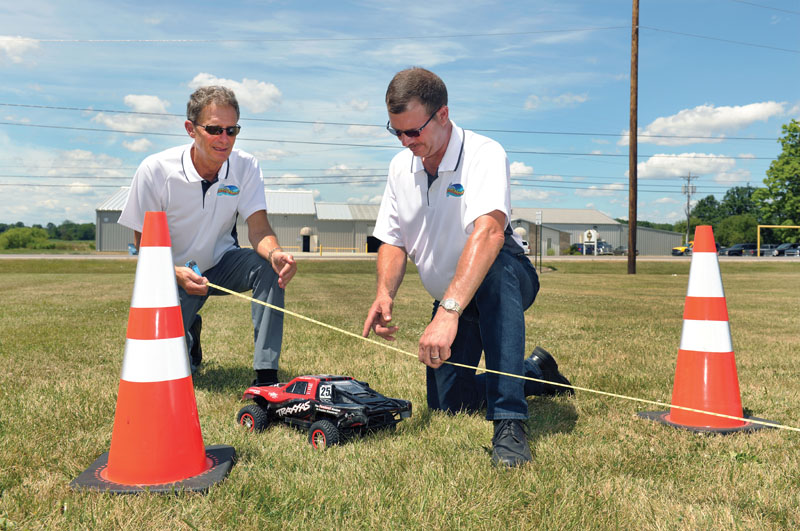 The grass landing zone cushioned the landing for distance jumpers.

“I wanted to show how easy it is to set up a fun but challenging contest for RC car enthusiasts with a little space and some LandWave ramps,” says Neil Marko, LandWave’s owner. “When I got into this hobby, I noticed there was a lot of information about ways to add to your car, but there didn’t seem to be a lot of ways to do casual races and just have fun.”

The motocross event challenged drivers to complete four laps while logging plenty of airtime over four LandWave ramps, and the results determined who went on to the distance-jump competition. The top two motocross finishers went head to head in a long-distance jumping contest. The LandWave Tower, an imposing ramp more than 6 feet tall, launched the cars quite a distance. After each jump, the judges measured where each car first touched wheels to the ground. Each driver was allowed three jumps. “This part of the challenge required a lot of skill from drivers,” says Neil. “They had to build up enough speed to get distance in their jump but also had to successfully speed up a narrow ramp without going off the side.”

After a full day of racing and competing in the beautiful summer sunshine, the winner of both the motocross and long-distance jump was Brandon Scott. “This was so much fun! RC car people spend a lot of money and time building up their cars, but not enough time just having fun,” says Brandon, and all the racers were fans of the LandWave ramps. Says Neil, “I designed the ramps for skateboarders to have an easy-to-use driveway ramp system, but when my son and I got into RC cars, we pulled a few of these ramps out of the garage and found a great way to have fun right in the driveway.”

The LandWave Challenge will return to Ohio next year, and LandWave is looking to set up other events across the country. LandWave ramps are available online through Amazon, Target, Discount Ramps, and other retailers. 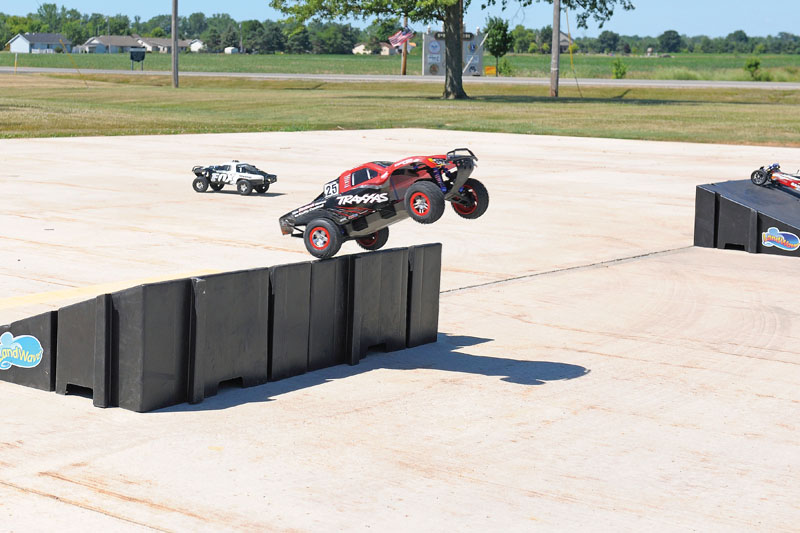 The “motocross” course included four LandWave jumps that kept drivers in the air as much as they were on the ground. 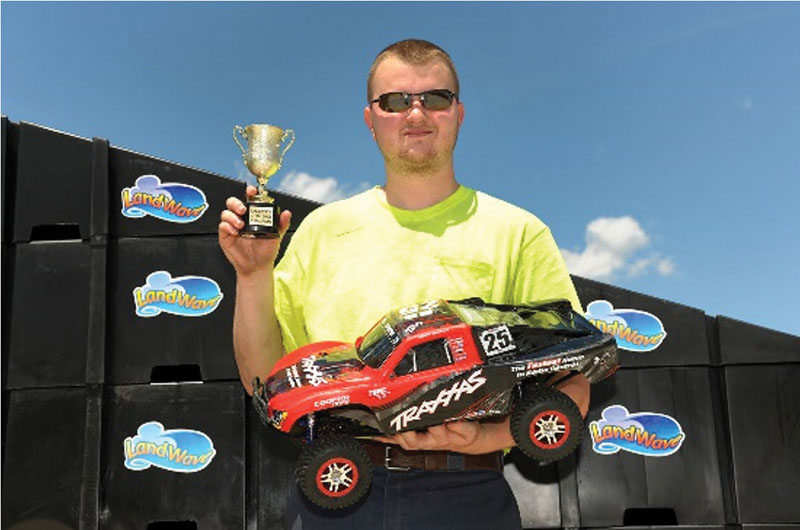 Brandon Scott won the MX and long-jump events to take home the LandWave Challenge trophy, which is solid gold and definitely not plastic.

by the RC Car Action Team