When touring cars first blew up in the late ’90s, Tamiya’s Manta Ray–based TA01 and TA02 4WD cars were the order of the day. Unlike today’s competition tourers, those TAs wore bodies based on full-size cars racing in the German and British Touring Car race series, and the starting grids of the RC races were sights of scale beauty. Originally decked out in Italian Red as an Alfa Romeo 155 V6 TI (the first on the TA02 platform) and later as the Diebels Alt Mercedes 190 Evo you see on this page, my car and I dominated the local “mall track” scene in central New York. Races were slow but very close, and driver’s skill at cutting the best line and maintaining momentum was the way you got ahead until either the race ended or your battery dumped. Now, touring cars look more like aerodynamic jelly beans and are capable of ungodly speeds and “cat on carpet” handling. Batteries have triple the capacity, and you never have to touch your motors unless you really want to be on the bleeding edge of tuning. And radios? NASA sent men to the moon with less technology. 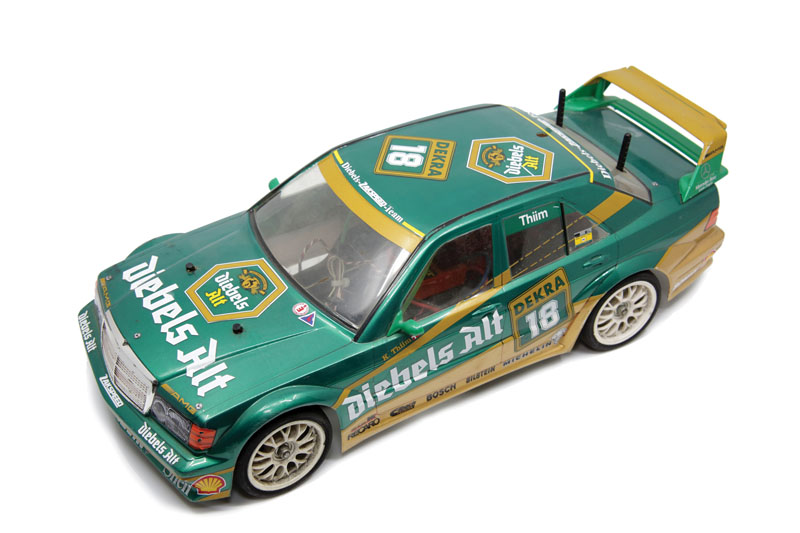 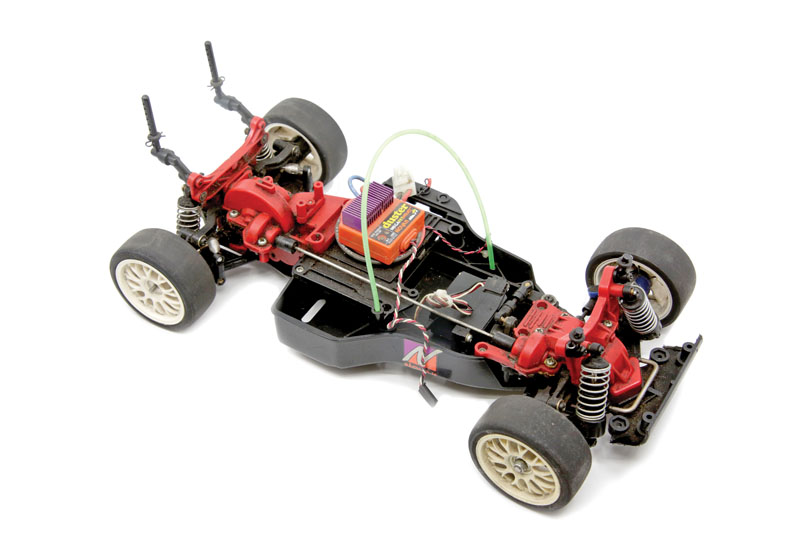 The TA02 chassis got its gearboxes from the Manta Ray buggy. Swept rear arms and a shorter chassis tub moved the motor farther forward relative to the wheels, which improved handling over the TA01. Note the shaft that joins the gearboxes—it’s basically music wire. 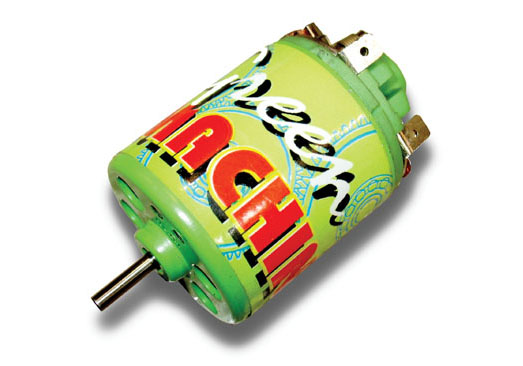 Trinity Green Machine stock motor—brushed, of course. Not that anyone bothered to make the distinction back in the late ’90s since there were no brushless motors on the scene. 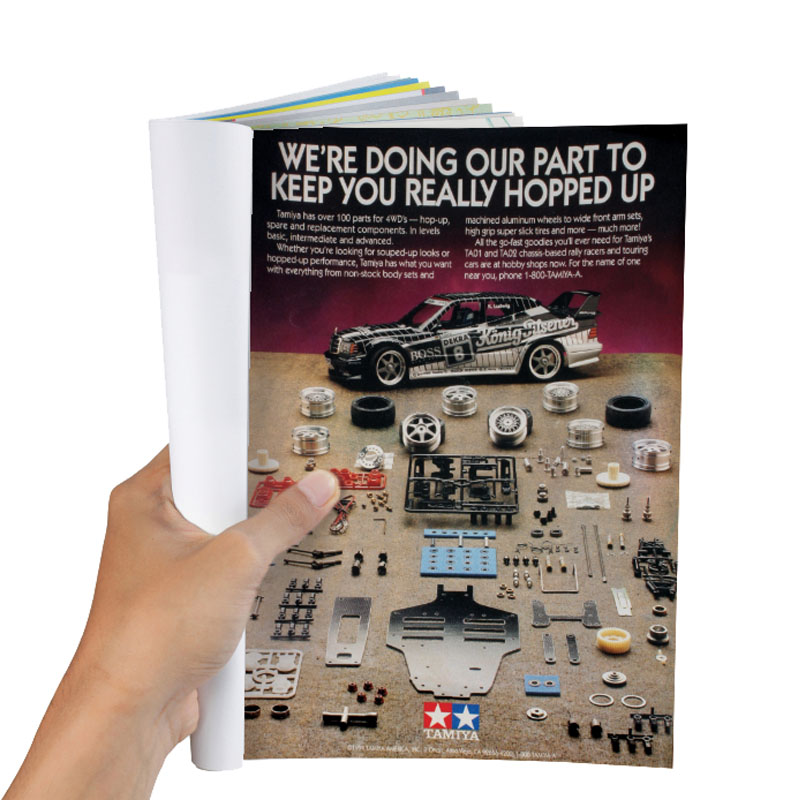 If you were racing a TA02, you wanted everything in this ad. 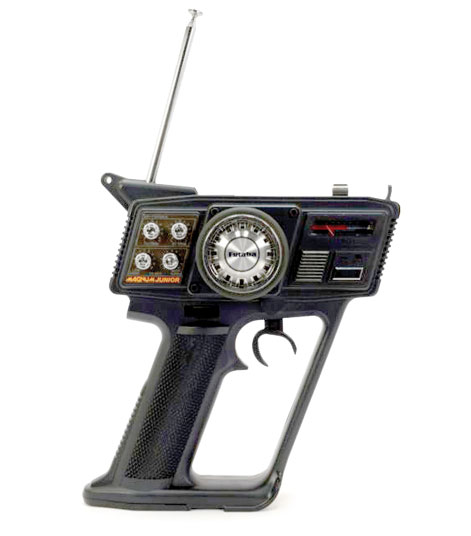 Futaba Magnum Junior, my first “real” radio. It took eight AA batteries, and there was nothing digital about it. But it was a beast at the time.