Jared Tebo has two IFMAR Worlds titles: he took the 2WD 1/10 Off-Road trophy in 2013 with current sponsor Kyosho, and in 2007, he won his first Worlds in the 4WD 1/10 Off-Road class with the car featured here: the Team Associated B44, the first-ever 4WD buggy to come directly from The Team (in previous years, Associated drivers wheeled other brands in the 4WD class, simply because Associated didn’t offer a car of its own). In our January 2008 issue, we took a close look at Tebo’s winning ride, just the way it came off the Icirino track in Ishiwata, Japan. 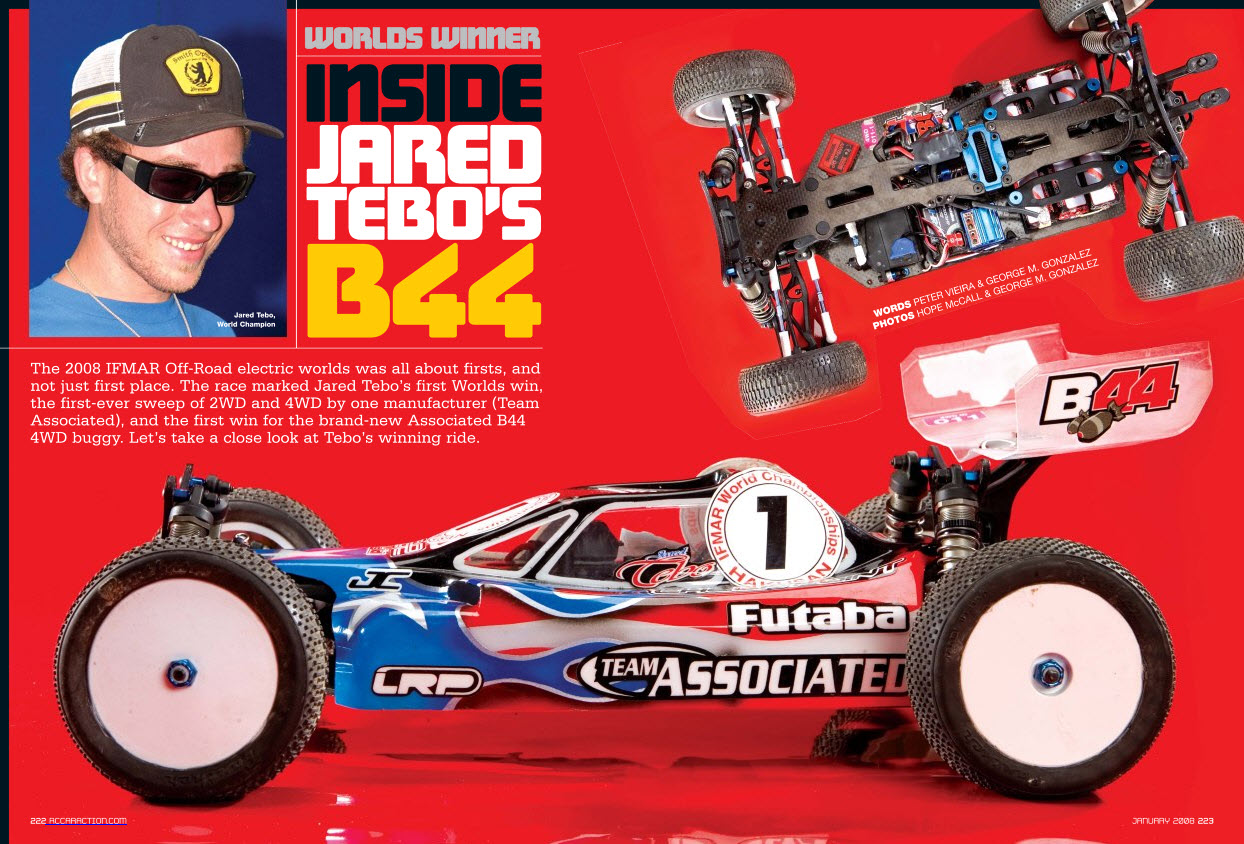 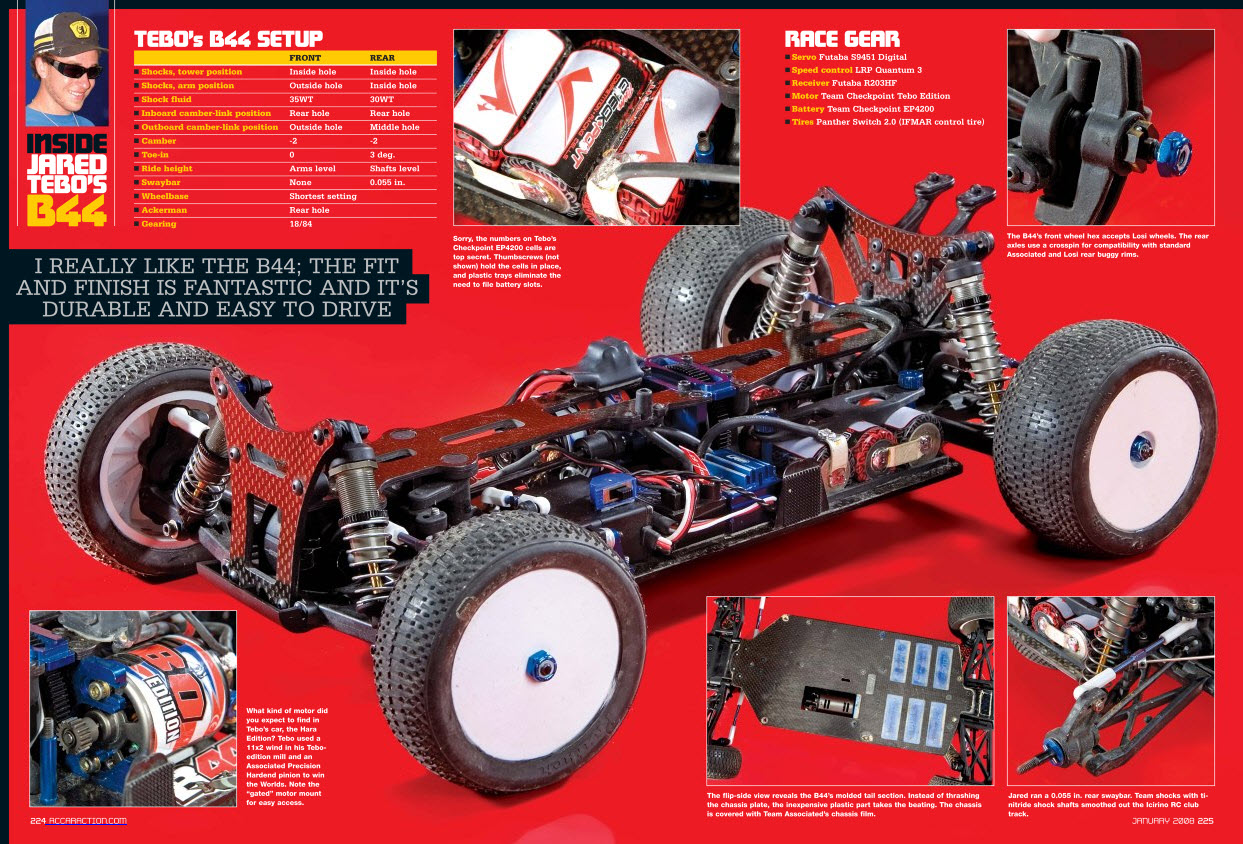 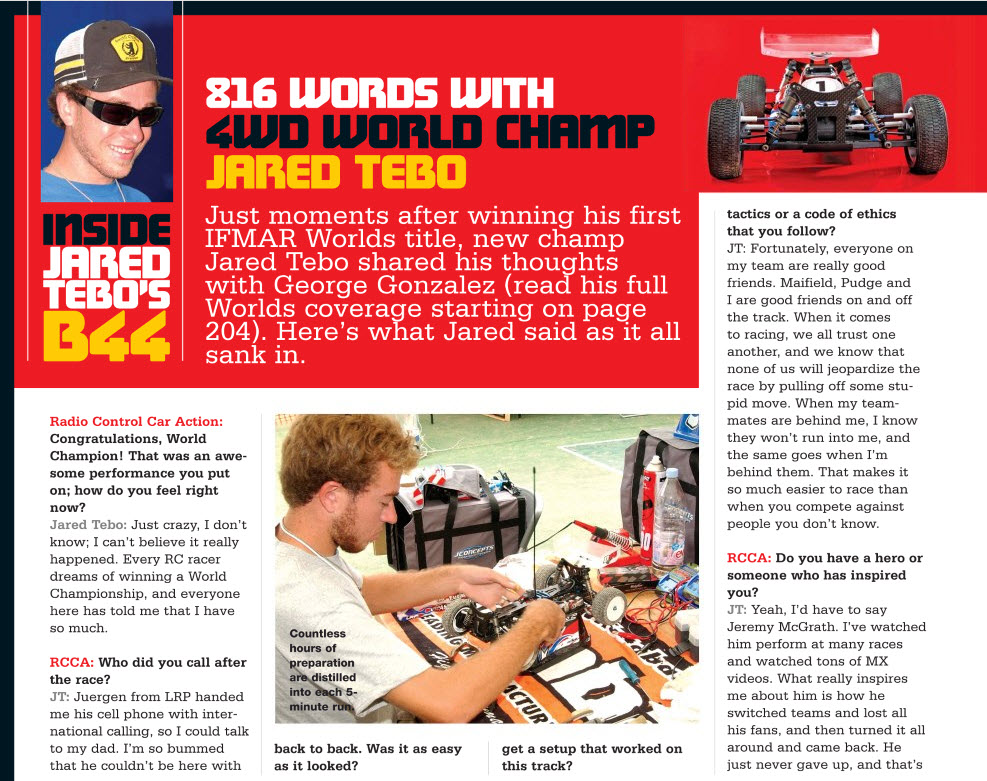 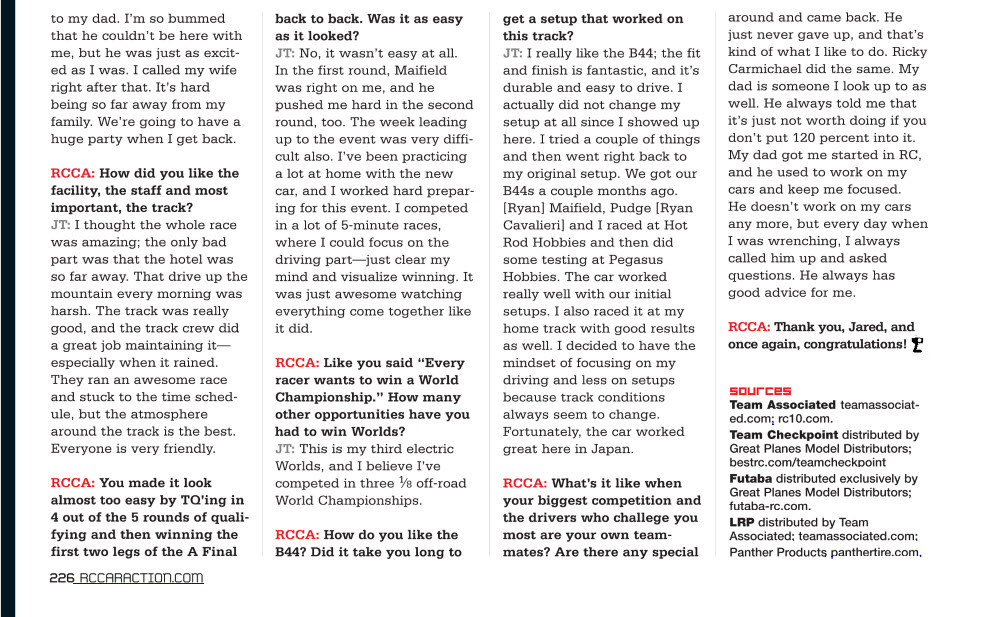