Whilst perusing the interwebs, I stumbled across these beautiful shots of Kent Clausen’s custom high-speed cars from the late 90s. Way before Nic Case was pushing 200mph in a straight line, RC speed was all about the “Insane Speed Run.” Raced on a bicycle velodrome, the event saw highly modded pan cars packed with NiCad cells shredding the banked oval to see who could achieve the highest average speed, but actual peak speeds were closer over 100mph! Technology has marched on, but Kent’s cars from the era still look wild—see for yourself.
For more vintage RC speed, look here. 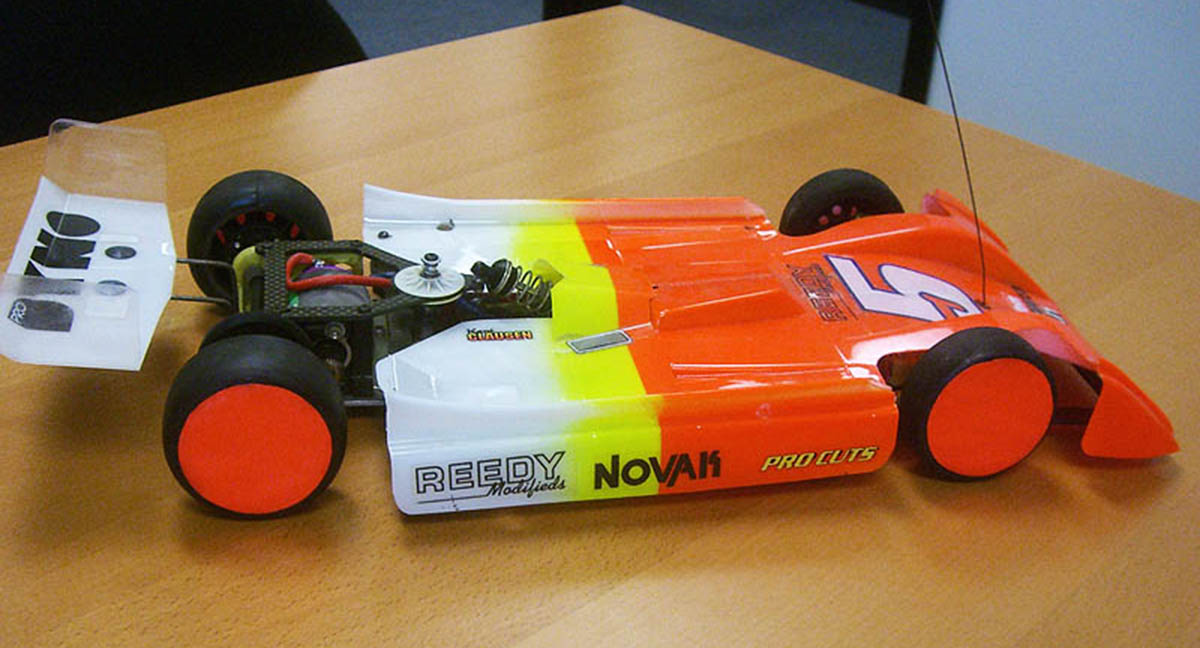 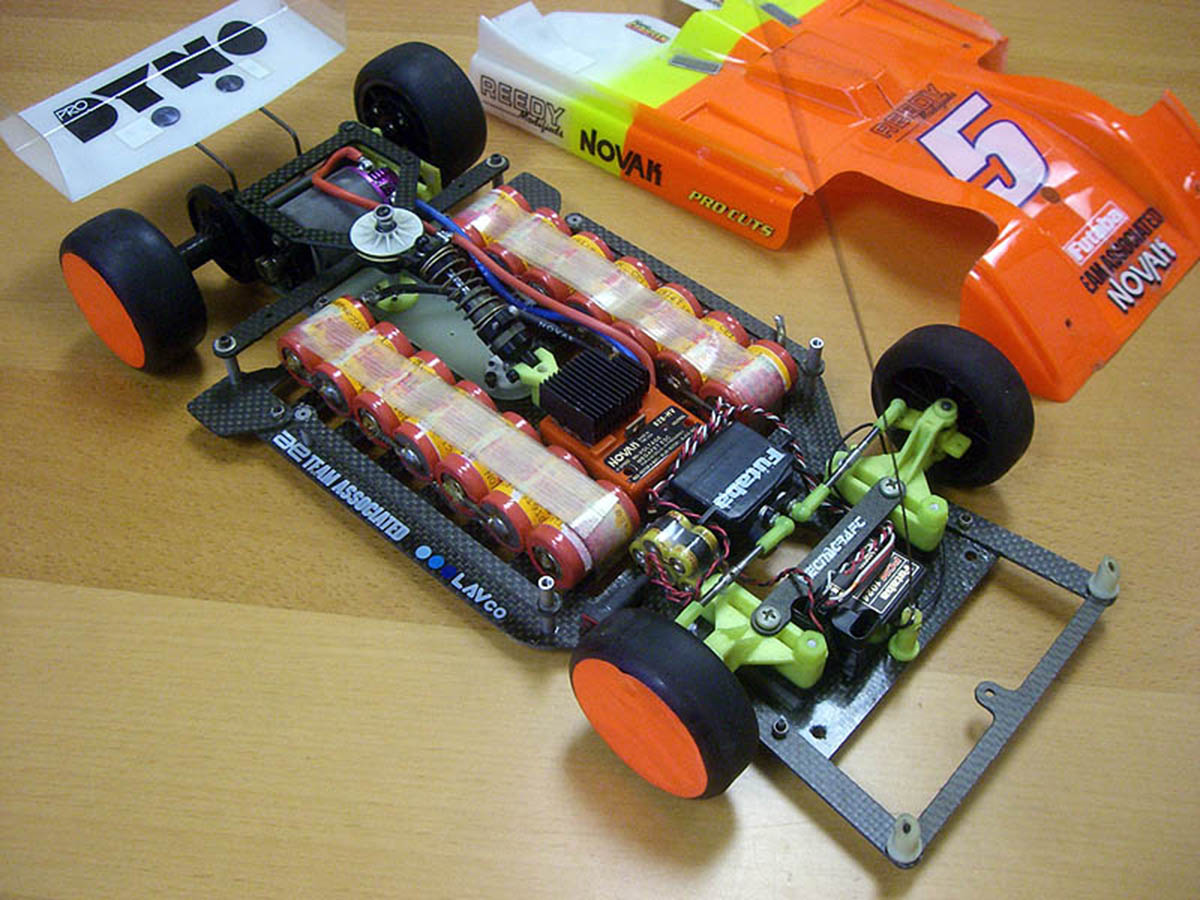 This model was based on the Associated 10L, and carries 14 NiCad cells–remember those? That’s 16.8 volts, two volts more than a modern 4-cell LiPo pack. That much juice would have smoked the receiver, so a separate receiver battery was used–note the tiny pack next to the servo. Chassis wise, the car doesn’t appear very far off from the stock 10L of the time. The only obvious mods are the stiffening rails on the sides and the extended front body support. The rear pod looks stock and the front suspension is Associated’s old fixed-camber setup. Tires are foam with rubber skins, better known as “capped” tires. Tire blowouts due to centrifugal force were common. 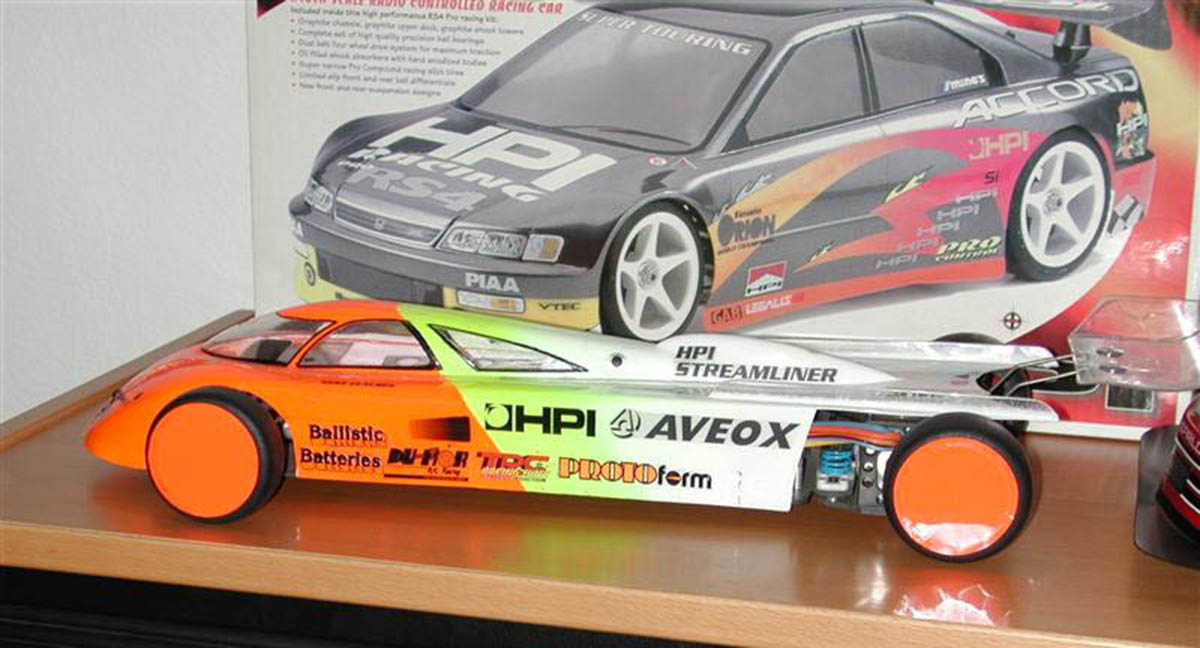 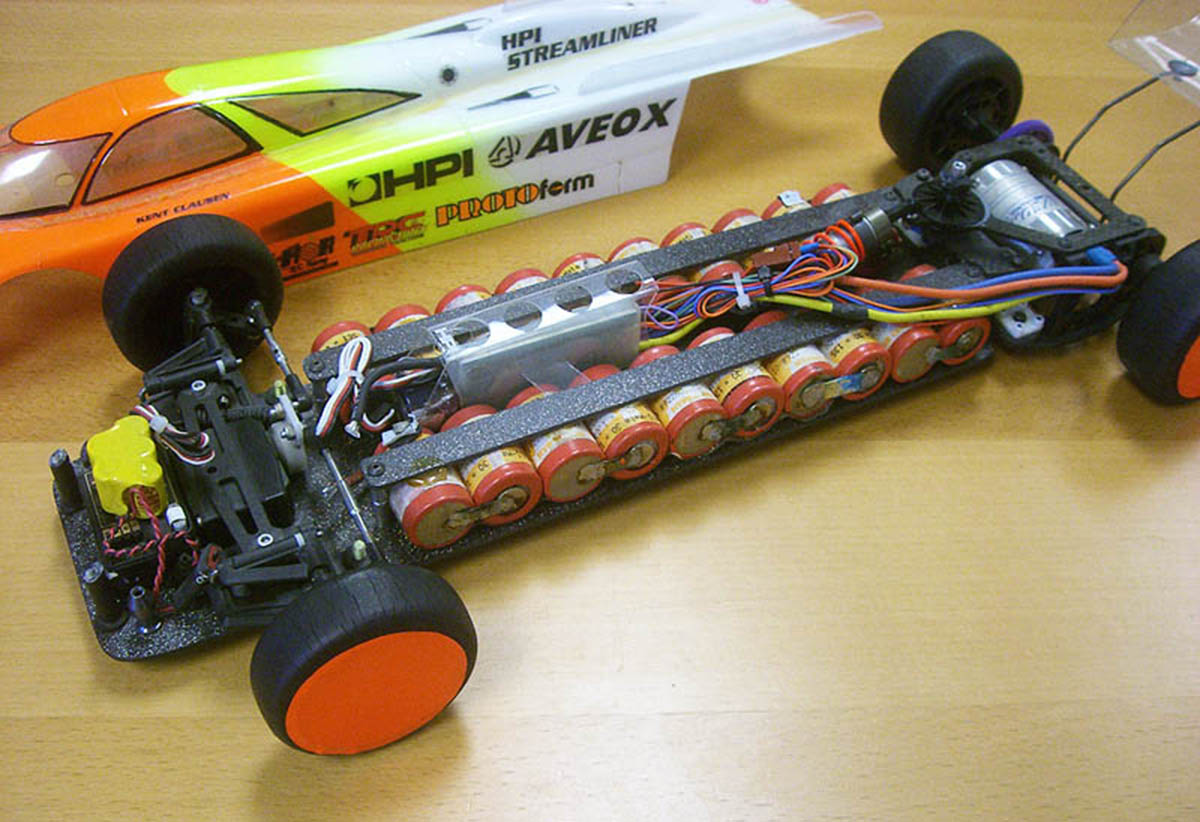 The “streamliner” was built after Kent went to work for HPI, and is a radical departure with its open-wheel design. Its 20 cells are hard to miss, and deliver two more volts than a 6S LiPo. No brushed motor for this car; Kent installed an Aveox setup, one of the earliest brands to be adapted for car use. The Aveox rig was a far cry from the refined brushless gear we enjoy today, and speed control trouble prevented it from ever making a successful full-throttle run. The HPI streamliner’s actual top speed potential remains unknown.

If you’re wondering about that body, it was actually a production shell from Protoform, designed specifically for speed-run events. Crazy days… 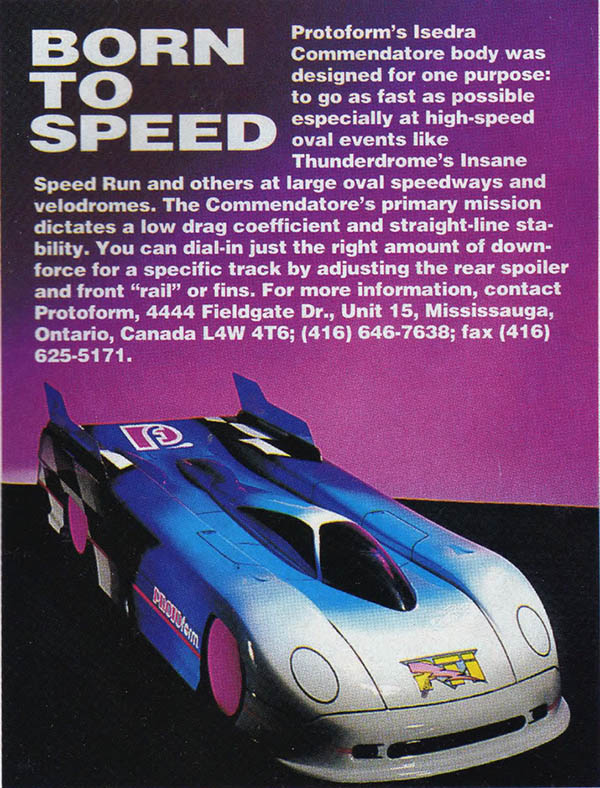