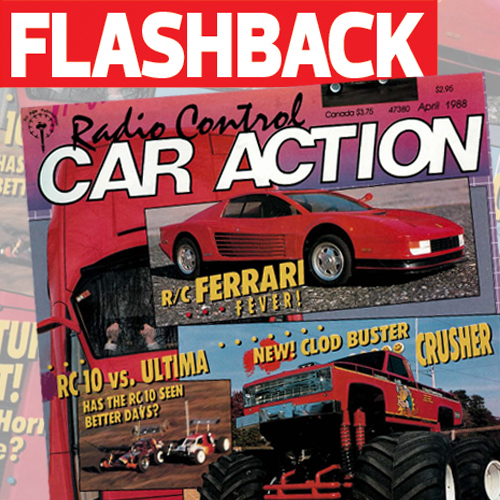 Flashback is a new weekly column on RCCarAction.com so tune in each week and if there’s something you want to see… let me know! You can email your ideas to me at erichr@airage.com. I got first pick for this week so sit back and enjoy a little taste of time travel Car Action style!

Where does the time go! Could you have even imagined an RC vehicle would be 26 years old and still around? Lucky for me, my birthday is just before Christmas so when it came time for the coolest new RC to jump to the top of my “Dear Santa” list, I always had the “it could be my birthday AND Christmas gift this year!” card to play. As the holidays roll around once again I flashback to 1988 and a brand new vehicle that was released just weeks before my birthday and featured in the April issue of RC Car Action. 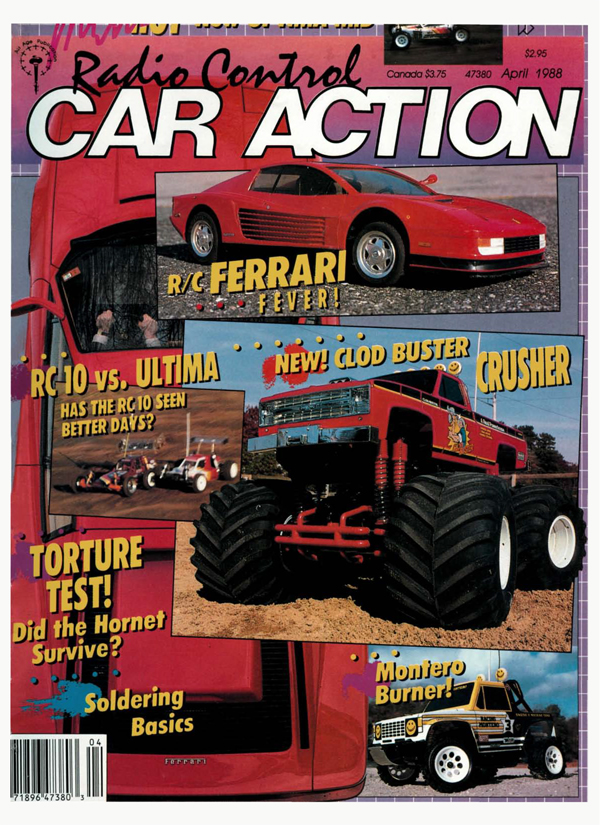 There was a hobby shop next to where I got my haircut as a kid so when the first Tamiya Clodbuster appeared at my  shop it was all I could do to get done with that flat top cut and get over there to gaze at the Clod in all its oversized tire glory. Then one day on our way for family haircuts, I mustered up enough courage to ask my parents for a Clod Buster for my birthday. They said they would consider it and suddenly that walk down the sidewalk of the strip mall was just a little brighter that day. I went in and there it was MY BIRTHDAY BUSTER! I reached out and flipped the power switch to “On” which sent the might truck barreling down the counter knocking everything in its path to the floor until it hit the floor, bolted across the store and took out a shelf of static models. Well needless to say after that stunt I never got my Clod Buster and every time the shop owner saw me coming down the sidewalk on a Sunday afternoon, he’d put the Clod behind the counter and out of my reach. 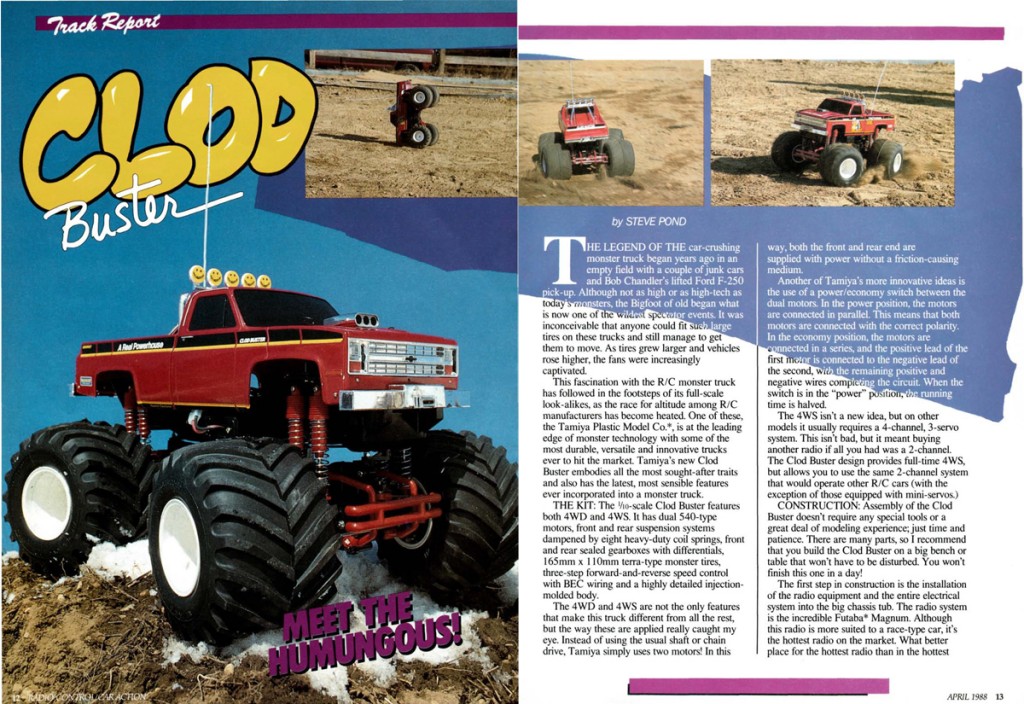 In April 1988, RC Car Action brought you the first ever look at what would become the most popular monster truck of all time. Our own Steve Pond took one for the team and reviewed this all new 4WD/4WS (that’s four wheel steering) monster and it looks like it was a really tough job. We know Steve, its a dirty job but someone had to do it right? With dual 540 motors powering solid front and rear axles, the Clod was powered by a single battery through a mechanical speed control that was wired to push voltage to twin motors. 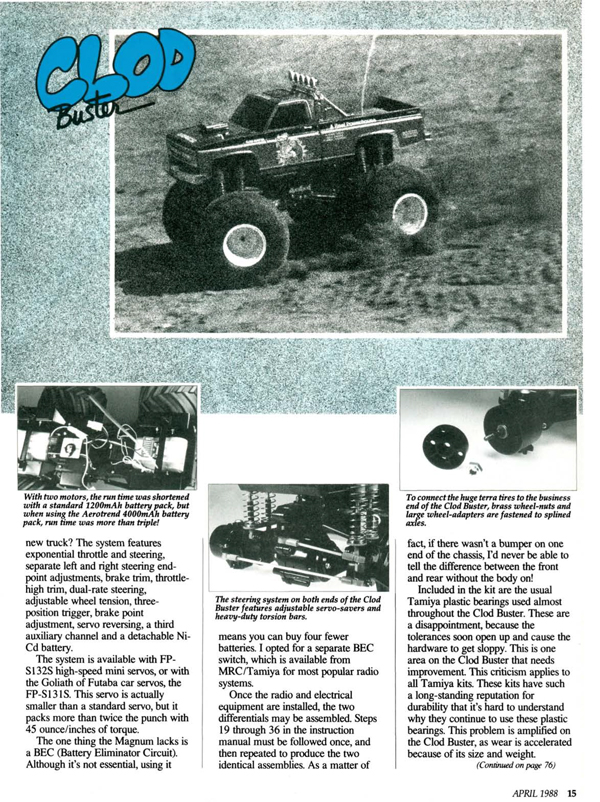 With a set of solid rear axle transmissions, the Clod used one mold and part design for both ends which meant that one tranny had to be flipped around the other way. Since the front transmission was in “backwards” if you will, the Clod relied on its front motor to be reverse rotation; something that offered a challenge to aftermarket motor companies that were forced to produce motors wound backwards so that they could be run specifically in Clod Busters. In today’s RC world this is as easy as swapping the wires on your brushless motor or if your speed control allows it, reversing it electronically. But if you were a young man in 1988 starring at your prized Clod Buster as a kid with a flat top and glasses drooled behind you (sorry if I got any on your shoes), than you probably just stuck with Tamiya’s trust silver can 540’s that came with the truck. 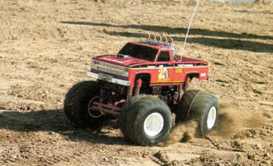 Lucky for me (and us all for that matter), you can still get the Clod in nearly all of its original form. If you have a story like me. One of love at first sight, anticipation and then disappointment, than this, our first Flashback, is for you. Happy 26th Birthday to the Clod Buster, the true king of all monster trucks. Then, now and forever!