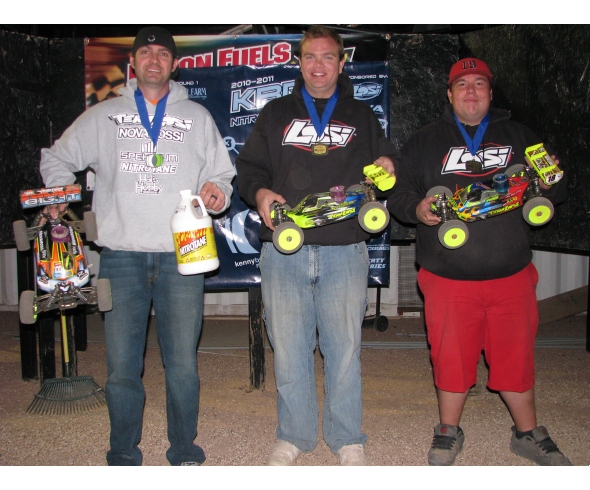 The KBRL nitro circuit made the latest stop at the world famous Nitro Pit. TLR drivers Billy Fischer, Casey Peck, and Chris Wheeler were on hand to take on AZ’s finest nitro racers.

Billy Fischer proved he was the guy to beat and TQ’ed both rounds of expert buggy, earning him the first position on the grid with his 2.0 buggy. At the sound of the tone for the 20 minute A main Billy was able to take control, but had Peck with in striking distance. After the first pit stop Casey took the lead and the battle ensued. After swapping the lead numerous times, Billy went on a hot streak. He strung a bunch of fast laps together and Casey did not have a snow ball’s chance, as Fischer took the convincing win. Peck brought his 2.0 buggy home in the second spot. After a tough start, Wheeler was able to fight his way back to third and rounded out the Losi podium.