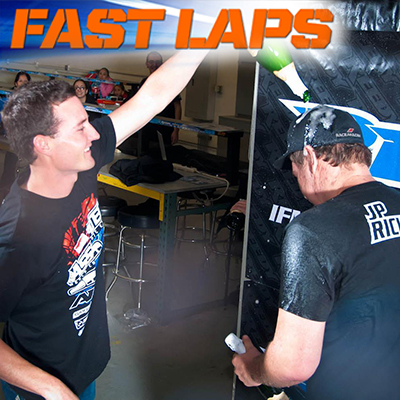 This past weekend’s 20th running of the Reedy International Race of Champions lived up to the hype worthy of such a milestone for RC’s most exciting and prestigious races. Two of the fastest young guns earned the most important wins of their careers in the Open classes, while the 12-round Invitational cage match between the industry’s hottest stars came down to the final race. Here’s all of the racing action in HD, along with my interviews with all of the winners, a talk with Daniel Adams from Pro-Line, and JConcepts’ owner Jason Ruona talks about the Team Associated RC10 Classic and Worlds Car demos!

Round Nine
In the first round on Sunday morning, both Jared Tebo and Marc Rheinard took advantage of early mistakes by leaders to win their races convincingly while former 2WD World Champ Neil Cragg makes Travis Amezcua work for it.

Round Ten
Lee Martin outran the battle between title contenders Ryan Maifield and Ryan Cavalieri, Ty Tessmann capitalized on a late mistake by Invitational class rookie Carson Wernimont, and a last-lap crash between Dakotah Phend and Tyler Vik leaves the door wide open for Ryan Lutz to score the victory.

Round Eleven
Steven Hartson goes wire-to-wire with a blistering run, Joern Neumann holds off Ryan Maifield by less than a tenth of a second, and Dakotah Phend waited for the perfect moment to sneak by Tanner Denney for the win.

Round Twelve
Steven Hartson wins again, this time by just tenths of a second, as teammate Ryan Maifield fails to clinch the title. Dustin Evans moves from third to first late in the race to win his heat, and Ryan Cavalieri secures the overall championship with the win in his final race.

2WD Open Double-A Mains
JP Richards wins the first main event and then patiently follows Brent Thielke for a second place finish in A2 to wrap up the overall.

Pro-Line’s Daniel Adams and Jason Ruona from JConcepts talk about the controlled tires used in both 2WD and 4WD at this year’s Reedy Race: