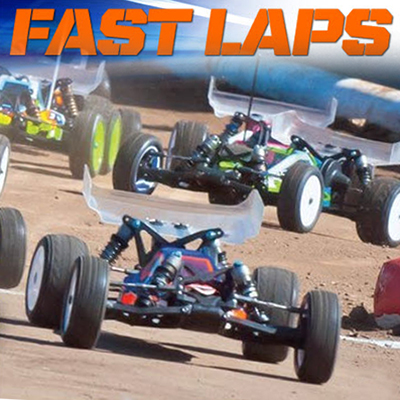 Welcome to Fast Laps, the new online weekly racing column here at RCCarAction.com. Each Monday I’ll discuss what’s going on in the world of RC competition, whether it’s reflecting on the previous weekend’s big event, talking about the state of the industry, or commenting on breaking news. We’re just a few days away from the start of the Reedy International Race of Champions, held for the first time at OCRC Raceway in Huntington Beach, CA (and you can follow our coverage all weekend long here at rccaraction.com) where SoCal local Ryan Cavalieri will be looking to defend his Invitational class title over 12 rounds of heads-up racing (six 2WD heats and six 4WD heats) against the world’s best. 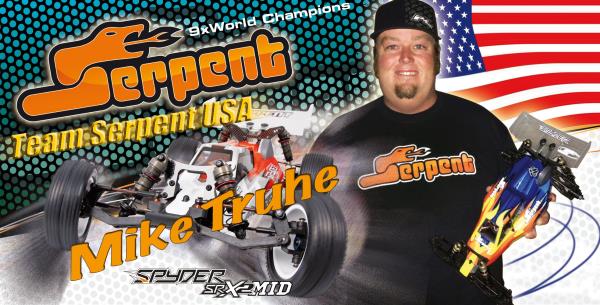 The biggest surprise of this offseason was the recent news of Mike Truhe leaving Team Losi Racing, for whom he has raced for over a decade, to join Serpent’s evolving off-road effort. The two-time ROAR 2WD Modified National Champion (2005 and 2010) and 2008 ROAR 1/8-Scale National Champion will continue to use Novak Electronics and Pro-Line tires, but leaves behind Spektrum and Nitrotane – he’ll be using Futaba radio gear and Byron’s Fuel this year. Truhe will team up with 2003 IFMAR World Champion Billy Easton, who joined Serpent a few years ago to engineer the brand’s off-road cars, and will hit the track for his official debut with the new mid-motor Spyder SRX-2 buggy at this weekend’s Reedy Race. 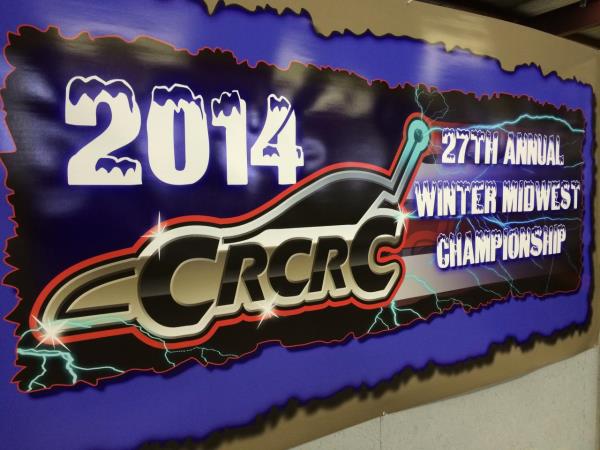 Over the weekend of January 10-12, Columbus RC Racing Club held the 27th annual Winter Midwest Championships at the Ohio RC Factory in Jefferson, OH. The regional event is one of the longest running RC races in the world and regularly draws both hundreds of entries as well as some of the nation’s best racers. This year, Ryan Maifield got his 2014 campaign off to a brilliant start with strong showing – here’s the press release from Team Associated. 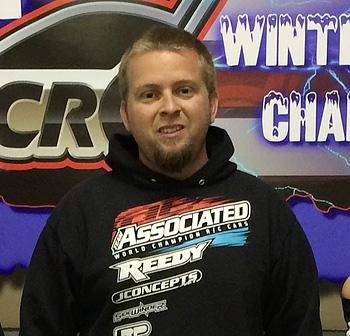 For the 27th year in a row the Columbus Radio Control Racing Club (CRCRC) has hosted the Winter Midwest Championships in the beginning of January. For the past few years the event has been hosted about one hour South of Columbus in Jeffersonville at The Ohio RC Factory. The club (“The Factory” as it’s known to the locals) challenges the racers with technical track features composed of a traditional indoor clay surface. With over 480 entries and 44 heats of racing, the event is as popular as it’s ever been.

Team Associated was well represented at the event with regional representation including Brandon Marsh, Mike Gay, Barry Goodwin, Alex Miller, Greg Niklas, Scotty Ernst, Nick Gibson, and Ben Ellis. Joining them from the West coast were Ryan Cavalieri, Ryan Maifield, Tanner Denney and Team Manager Brent Thielke. With a wide assortment of classes for everyone, the racing was hot and heavy, highlighted by over 130 entries in 2WD Modified Buggy.

As qualifying got underway on Friday, it was Team Associated/Reedy driver Ryan Maifield who showed that he was the man to beat. Setting an early tone by running the fastest times in 2WD, 4WD, and 2WD SCT Modified, the Arizona native had his vehicles dialed in. By the time the main events rolled around on Sunday afternoon, Maifield found himself on pole for the three top classes at the event.

With wins in A1 and A2 of 2WD Modified Buggy and 2WD Short Course Modified, Maifield claimed his first two titles of the weekend. In 4WD Modified Maifield took the wins in A1 and A3 to secure his third championship of the event. Also taking a win for Team Associated was Rudy Rico in 2WD Stock Buggy with his B4.2 Factory Team buggy.

Congratulations to Ryan Maifield on his three titles and a big “Thank You” to the entire CRCRC and Ohio RC Factory crew for another great event.