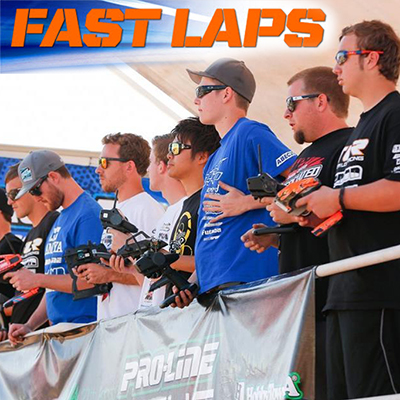 In the RC racing world, the term “big race” is loosely applied to any competitive event that’s deemed more important than the typical club race. Sure, there are ROAR National Championship races for all major racing classes, but many local facilities organize special events throughout the year in order to draw a larger crowd, often with a longer schedule, more notable awards, and accordingly higher prestige; some of the more established events even draw a large turnout of sponsored racers from the country’s top factory teams. Organizing an event that caters to attendees of all budgets and skill levels can be difficult, but who are the most important entrants at these events?

As the line between “paying customer” and “factory star” grows blurrier as manufacturers grow their teams with more partially-sponsored racers that receive a discount on products, so too does the target customer for these “big” races. The three biggest areas of concern, in my mind, are the length of the schedule, the preparation of the racing surface, and the difficulty of the layout. 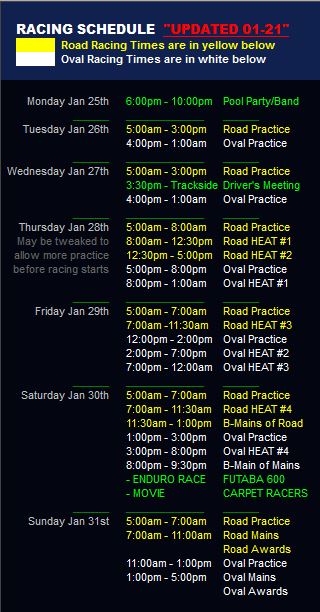 Nearly a full week of 12-hour days? That’s quite a way to spend your hard-earned vacation time…

In terms of racing schedule, today’s events are simply too long. Though it has been a blessing to this industry that entry counts continue to climb at many of the country’s biggest events, the racing schedule has spiraled out of control. If qualifying doesn’t start until Friday morning, why do races allow practice beginning on Tuesday? Professional automobile and motorcycle racers, who put their lives in danger every time they enter the track, get far less track time before the start of qualifying than RC racers do! After the first 20-30 minutes to learn the layout and its obstacles, practice turns into an endless tuning session as racers try to adjust their vehicles and tire choice in an endless search for “perfect” – and all it does is cost more money, because no racer wants to give up an advantage to his competitors by sitting out valuable practice time. If every racer was only allowed a round or two of practice on Friday morning before qualifying begins, the field would still be on a level playing field but could save a night or two in the hotel and reduce the number of tires they run throughout the weekend. At the same token, stricter entry limits and a reduction in the number of meaningless qualifying rounds would shorten the events as well. Why do racers spend more time “qualifying” than they actually do racing?

Sugar isn’t so sweet when it chews up tires and makes your car erratic and nervous.

The definition of “off road” has changed so much throughout the last few years that the tracks on which we race today are nowhere near what they were even at the beginning of this millennium. Back in the 80s and 90s, off-road tracks may not have had the extreme obstacles that we see today, but the dirt was much softer – which required tires with larger pins. The soft dirt created a few problems, like ruts that increased in size as the race wore on, which made the track unpredictable and sometimes unfair to racers who ran in later heats, and required more work on the part of the track crew. As the cars got faster and tires got softer over the years, tracks also got harder-packed and formed what is called a “blue groove” condition as the rubber of the worn-down tires built up on the surface. Over the last couple of years, though, this has also gotten severely out of hand – as track builders across the U.S. have started blanketing tracks with sugar before watering over it, making the dirt as abrasive as coarse-grit sandpaper. Not only does the extreme grip make it difficult to drive, especially when the track is rough (like we saw at this year’s Cactus Classic), but tire wear has shot through the roof – and even though many racers end up running harder compounds simply to make their cars easier to drive, the tires go from “brand new” to “unusably worn” in a single five-minute run. Even nitro off-road races have started transitioning to blue-groove style tracks as they’re more consistent and require less maintenance, often perpetuating the same scenario. 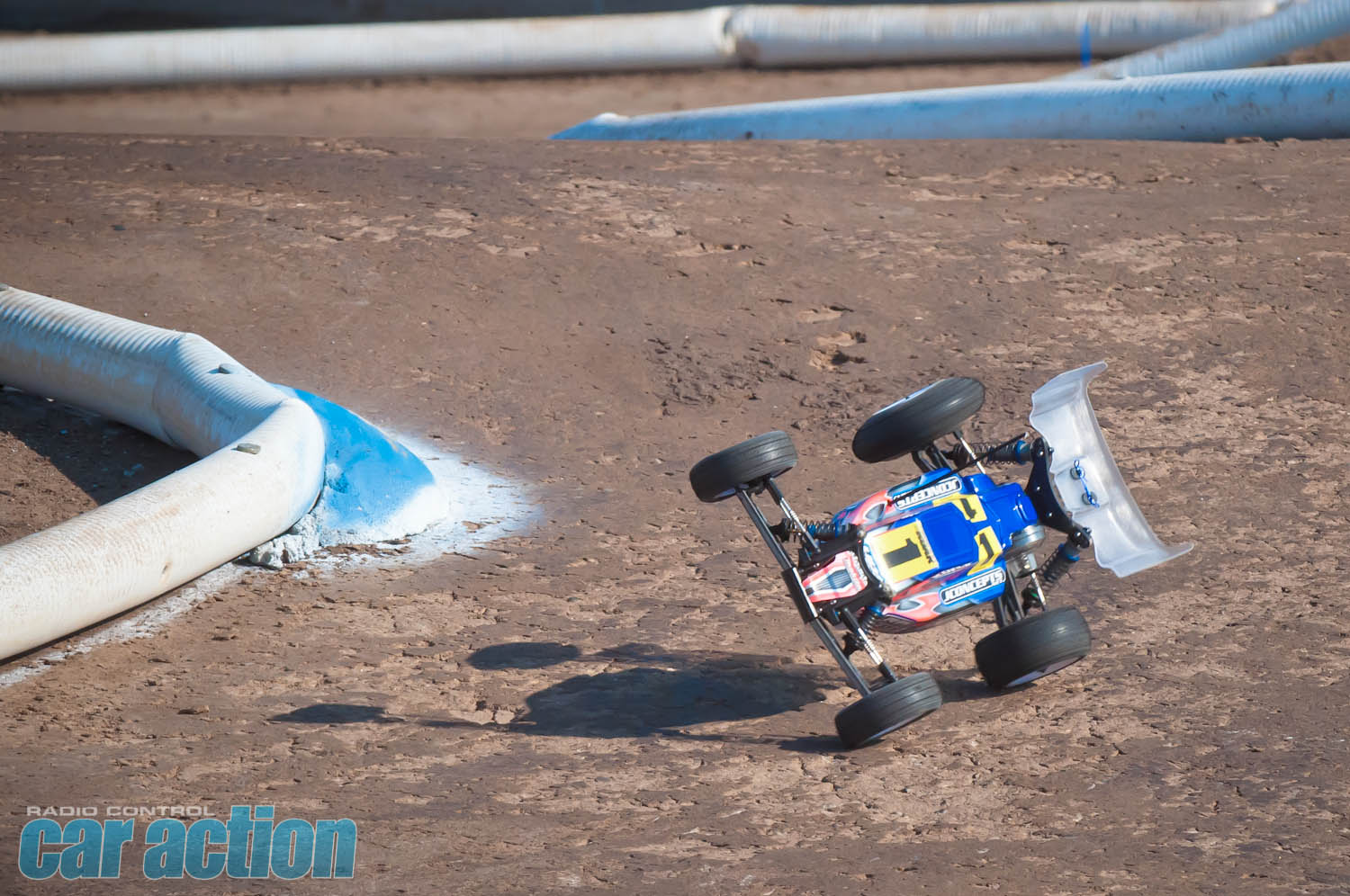 Any track that has a racer as talented as Ryan Maifield on edge is borderline overkill for the average racer.

The last factor contributing to the increasing void between the entry- and elite-level racers is the design of the course itself. A common complaint heard from the top racers at many competitions over the last few years is that the track is “too easy;” the argument is that tracks lacking difficult features limit the number of overtaking opportunities and make it harder for racers to make up time on their competitors, which makes the qualifying and racing times extremely close (as though that’s supposed to be a bad thing). The best NASCAR racers in the country routinely find a way to rise to the top when navigating oval tracks, yet the top RC drivers want intense rhythm sections, huge make-or-break obstacles, and risky track sections that offer a stopwatch-measurable reward for making it through cleanly. The biggest problem? What’s considered “difficult” by a national champion professional racer is often labelled “impossible” by the sportsman-level racer who already has enough trouble completing a mistake-free five minute race, and probably didn’t have the budget to attend all three days of practice in the first place.

There’s certainly something to be said for offering the nation’s top drivers and their sponsors a platform on which to shine, but a compromise must be reached in order to financially protect that opportunity before the off-road bubble bursts and today’s hottest segment follows in the footsteps of what on-road racing has endured over the last half-decade – low turnouts at events large and small. After all, without the “Average Joe” at the race there’s no reason for the factory teams to attend, and then the scene collapses. The most ironic part of all this? The IFMAR World Championships, which is arguably the one event where none of this matters as the only drivers allowed to enter are those who either qualified or were invited to attend by their home country’s sanctioning body, and the event that has the most marketing potential for any manufacturer, is the only off-road event with a strict handout tire rule in order to control the cost of competing. Makes no sense, does it?