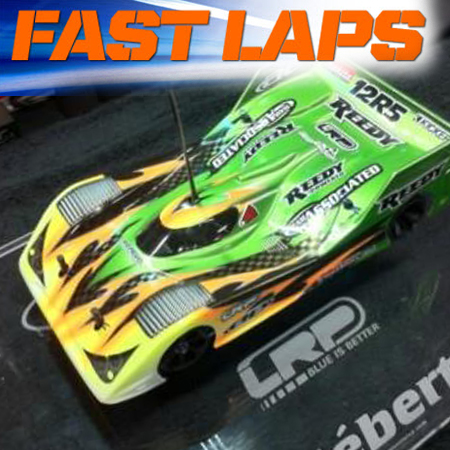 Last weekend the on- and off-road racing communities both hit the Midwest, with the first ROAR Nationals of the year going down in Omaha, NE, while Travis Amezcua doubled up at the Chi-Town Shootout in Joliet, IL for the second straight year. Hobby Pro USA’s newest kit release, the PR ST1 stadium truck, begs the question – is stadium truck making a comeback? Keep reading for the first Fast Laps mailbag submission!

ROAR Carpet On-Road Nationals
2014 is an important year for on-road racers, especially in North America, as the IFMAR World Championships for 1/12-scale and touring car will be held in Florida later this year. At the Worlds, the touring car portion will be held on asphalt while the 1/12-scale event will take place on carpet, but ROAR organizes separate National Championships for both carpet and asphalt disciplines – and this year, Hobbytown USA’s HobbyPlex hosted the Carpet event. 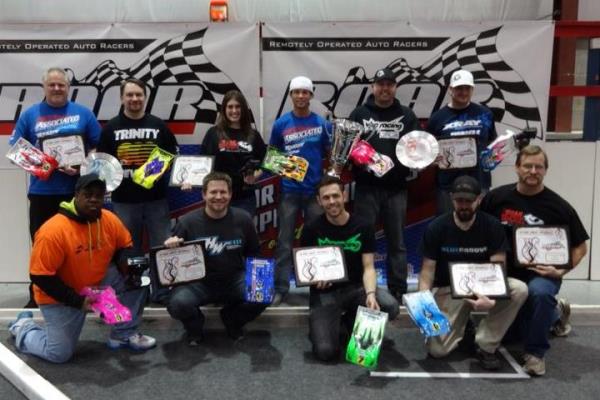 Canadian Team Associated driver Keven Hebert is undoubtedly among the North American hopefuls for this year’s 1/12-scale title, and he made short work of the carpet course last weekend by taking TQ and then winning the first two A-Mains to seal the deal. 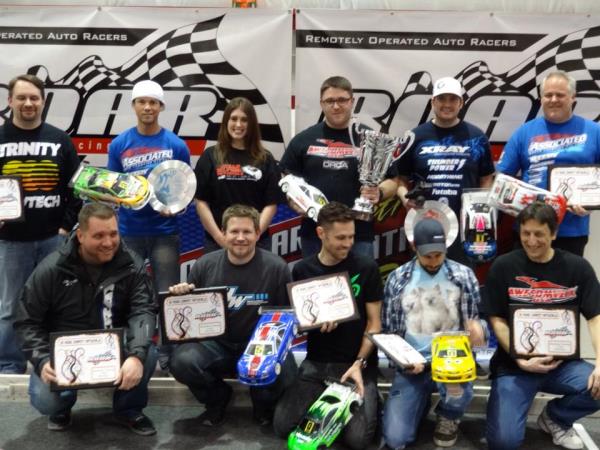 Unlike Hebert’s performance in 1/12-scale, the top qualifier in Modified Touring Car wasn’t so lucky. Paul Lemieux won the first A-main from the pole position but couldn’t convert in either of the following races, while second qualifier Kody Knudston made the most of Lemieux’s misfortune to grab the title by winning A3 after two second-place finishes and Hebert finished second overall. Paul has a history of doing well in the TC class, so it’ll be interesting to see how well he rebounds for the Worlds!

Travis Amezcua cleans up at the Chi-Town Shootout! 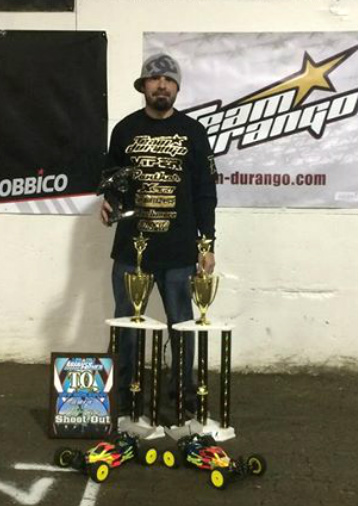 The Chicago weather might’ve been cool, but Travis Amezcua burned up the track in every race he entered!

Last weekend, Team Durango’s Travis Amezcua packed his warm clothes and headed to Leisure Hours Raceway just outside of Chicago for the Hobbico-sponsored Chi-Town Shootout, sweeping the 2WD and 4WD buggy classes for the second year in a row. He also TQ’d the 4WD class, won the Dash for Cash exhibition, and joined Team Durango teammate Ryan Lutz (who TQ’d 2WD Modified) to win the inaugural 30-minute enduro. Talk about a clean sweep!

Hobby Pro USA has finally announced a truck version of their popular PRS1 buggy; surprisingly, it’s a stadium truck rather than a full-fendered short course vehicle!

PR Racing ST1 2wd Stadium Truck
PR Racing introduces the ST1 10th scale Competition Stadium Truck Pro Kit. This all new Stadium Truck comes with the unique capability to run the motor in rear motor configuration. This allows the user to fine tune their vehicle for each track. PR Racing’s suspension goes above and beyond when it comes to quality and design. With a bore of 12.75mm the PR Racing Shocks are the biggest competition bore shocks in the market at this time. This allows the vehicle to soak up a wide variety for terrains and competition surfaces without sacrificing speed. PR Racing offers a wide range of shock pistons for their vehicles which can further fine tune the vehicle for competition. Quality can be found throughout the ST1 Stadium Truck’s composites and aluminum materials. The front A arms are Gull wing style which provides increased steering and potential corner speed. The ST1’s Chassis is produced with high grade CNC Hard anodized aluminum. If you’re looking for a competitive and very versatile 10th scale 2wd Stadium Truck, then look no further than the PR Racing ST1 2wd Stadium Truck.

Whenever I get a thoughtful racing-inspired email (you can always send feedback to the RC Car Action staff at rcca@airage.com) I’ll respond to it here in my weekly Fast Laps column. This week’s Mailbag submission is all about being a sponsored racer:

Hi. I’m not sure if this is the email to send questions or comments to, but I had a thought, and I don’t really have anyone to answer it, so I’m writing my favorite magazine.  My question or thought is, is there an age limit on chasing the RC dream and becoming sponsored? I know you guys have years of experience so you would know how to answer this.  I ask this because, I’m 34 years young, and I’ve been an rc enthusiast since 9.  Well, about a year and a half ago, after years of bashing, I went to a track at my local Hobbytown in Mooresville, N.C.  I purchased a XXX-SCT and raced my first race 2 hrs later!  After this, I’ve became addicted, racing nearly every weekend and some weekdays!  I’ve gone from that rtr kit to racing my Kyosho MP9e TKI and Team Associated B4.2. Now I’m really thinking about chasing the rc dream!  There’s NOTHING I’d rather be doing than racing, but when I look in your magazine, the only new sponsored drivers I see are all young guys.  So, I know that’s a hard question, but would you guys feel that the RC dream are for just the younger guys?  Or do you think companies would be willing to take on an “older” guy, if I had the work ethic, skills, and finishes to back me up?  Thanks.

Welcome to the obsession! RC cars are a blast no matter where you choose to drive them, but for those drawn to the competitive aspect of racing there’s nothing quite like logging laps at the local track and trying to beat your rivals.

Most of the reason that the sponsored drivers you see in RC Car Action are young, is because they’re the absolute best at what they do. Younger racers often have faster reflexes and better vision, and if they grow up practicing with the best drivers of the previous generation they often have a head-start on the rest of the nation. The “RC dream” means different things for most people, but it’s typically only those who start young with the goal of being the world’s best that really make the big time – however, there’s no age limit on becoming one of the better drivers in your region and acquiring a few sponsors to help offset the cost of racing. The “world” of sponsored drivers has changed immensely over the last couple of decades, and it’s no longer that the only drivers receiving help from manufacturers are the “factory” guys with paid travel and completely free equipment – nearly all companies, big and small, have an army of racers across the country who receive a discount on parts in exchange for being a great representative in the local and regional area. Landing one of these deals simply involves being one of your area’s best racers, a friendly and helpful ambassador in the pit area, and being in the right place at the right time.

Applying for sponsorship is just like applying for a job – you need to have something to offer your potential sponsor, you should send a professional resume, and you must spend time networking within the industry. You might not be the next full-on factory driver vying for a national championship, but there are certainly companies who would “take on” an older guy who had the skills, work ethic, and resume!