Most hobbyists who are new to nitro power (and even a lot of experienced drivers) don’t understand what’s in nitro fuel or, more important, how those ingredients effect power, performance, and engine life. The good news is that any fuel you purchase that’s labeled “for RC cars” will work just fine. But if you want to choose the best fuel for your type of vehicle and your driving style, a little nitro knowledge goes a long way. Ready to add some know-power to your go-power?

Walking down the aisle of your local hobby shop in search of nitro fuel can be a daunting task. There’s so much to choose from, but the reality is that every container of nitro fuel has the same basic components. Finding the right mixture is what sets brands and their blends apart from each other, but you can always find these three ingredients in every fuel mixture:

Methanol. Methanol, or methyl alcohol, is the main ingredient and is what provides most of the explosive properties to fire that engine. It’s a simple compound made of carbon, oxygen, and hydrogen atoms. It has the ability to burn with the air that gets mixed in and actually doesn’t need the other components in nitro fuel to burn. A big fact to keep in mind is that methanol is hygroscopic, meaning that it absorbs moisture from the air. This is the main reason why it is important to keep nitro fuel in a sealed container and dry location. Nitro fuel with moisture drawn into it will cause it to spoil. Methanol is used for two main reasons: (1) It’s easy to ignite with a glow plug, and (2) it releases more energy per pound of air than gasoline.

Nitromethane. Nitromethane is also a simple compound and is made up of carbon, hydrogen, oxygen, and nitrogen atoms. The “nitro” we commonly refer to is from the nitrogen, which is what makes up most of the air we breath (oxygen is not as common in our air). Nitromethane is flammable on its own, even without oxygen, but it’s burning point is very high—higher than 4,000°F. Basically, nitromethane is used to boost power output. The higher the percentage of nitromethane, the quicker the fuel can burn, translating into higher rpm and horsepower. However, nitro is only used in small amounts to avoid overtaxing engines with excessive heat. For RC engines, nitro percentage is critical, and that’s why it’s usually the biggest number on the label. Fuels typically range in nitro content from 10 to 40%. For general all-around use, 20% nitro is the most popular and a good starting point.

Lubricants. Lubricants are an integral part of nitro fuel recipes because our two-stroke engines don’t have oil-filled crankcases and instead rely on lubricants mixed into the fuel to keep the internals running smoothly. Since the early days of fuel-powered models, oil from the castor bean has been used as a lubricant in nitro fuel. It is resistant to breaking down at high temperatures, a desired quality in a two-stroke fuel. However, it can leave a gummy residue. These days, most manufacturers use a blend of natural castor and synthetic oils in their fuels, and there are also pure synthetic blends available. The percentage of lubricant in the blend depends on the purpose of the fuel; premium race fuels have less lubricant—typically in the 8-12% range—than fuels designed for engine longevity, which can consist of upward of 20% lubricant. The reason for this is that with less lubricant in the blend, there can be more methanol, which makes for a more powerful combustion process. However, reduced oil content results in increased engine wear. Racers will gladly sacrifice piston and sleeve life for greater performance, but if you want your engine to last longer between rebuilds, choose a blend with a higher percentage of lubricant. 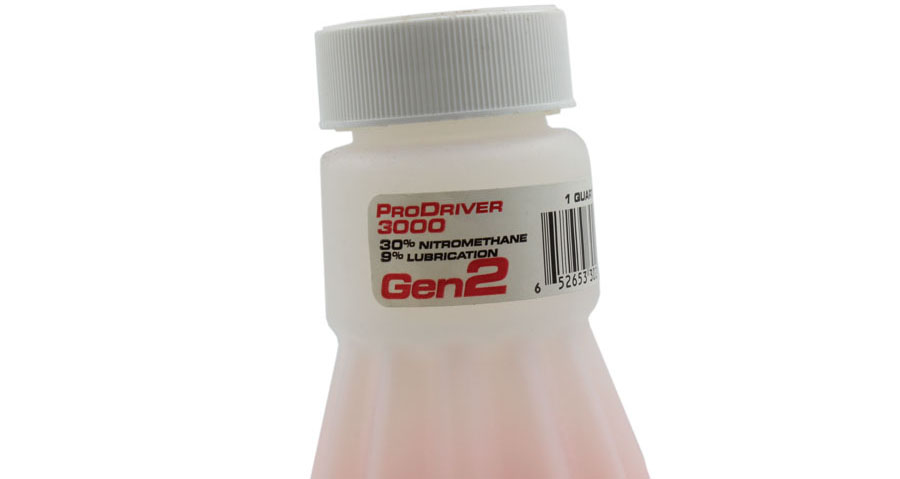 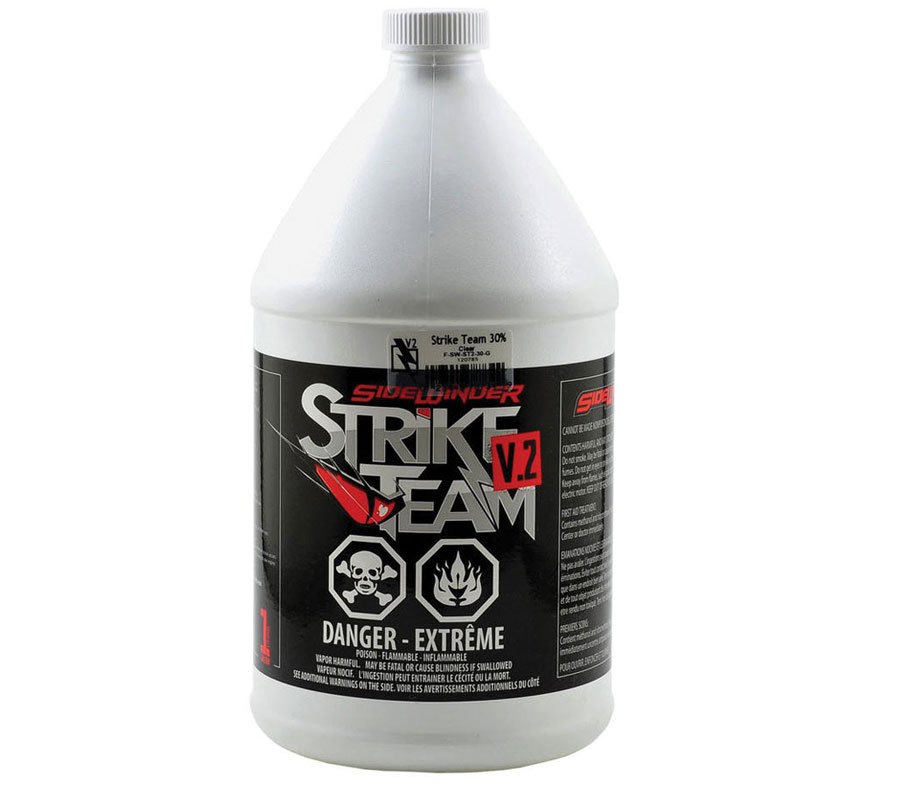 How Much Nitro Do I Need?

This is a big question and can be complicated, but a good starting point is to go with what the manufacturer suggests. Usually a manufacturer will err on the safe side and recommend a fuel with a nitro content to maximize engine life, not increased performance. Next is to decide what the intended use is for. If you want to use an engine to power a vehicle for fun running, you’ll want to use a fuel with more lubricants and less nitro content to maximize the life of your piston and sleeve. In contrast, if you are a racer and want the maximum horsepower the engine can generate, reach for the high nitro content—usually 30%. (Note: Race rules often place restrictions on the maximum content of nitro in a fuel.)

Q: Is it true that nitro fuel doesn’t catch fire?

That is completely untrue. It appears not to burn because the flame is invisible, but it will absolutely burn if you ignite it with a match, for example. Nitro fuel should be treated as carefully as you would any other flammable liquid. 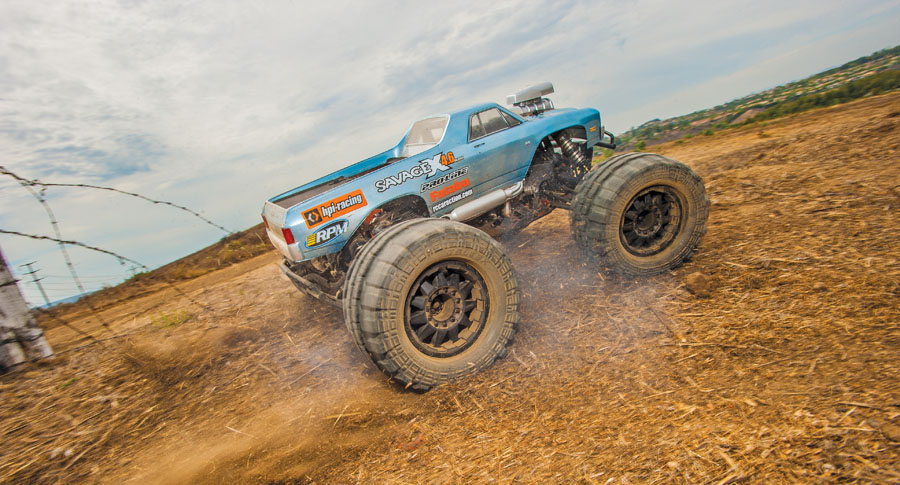 Unless you are racing, it’s probably better to pick a fuel with a low nitro percentage to maximize the life of an engine.

How Long Is Fuel Good For?

Nitro fuel does indeed have a shelf life. As mentioned, it can soak up moisture from the air, its components can separate, and in general it is best when fresh. Some oils in the fuel will degrade faster if they are exposed to big temperature swings. To help extend the life of your fuel, you’ll need to take a few precautions. Always store it in a properly sealed container. This helps keep the moisture out, which otherwise will cause the engine to idle poorly and become hard to tune, run hot, etc. Store your fuel in an area where the temperature is constant since, as stated above, it can affect some oils. This is also true for light. Direct light degrades nitromethane, and if kept in light too long, the fuel will act as if it had no nitromethane at all. Fuel stored in a cool, dry area away from light can last more than a year. If it does go “bad,” engine performance will suffer, but it won’t hurt anything. When in doubt, replace. 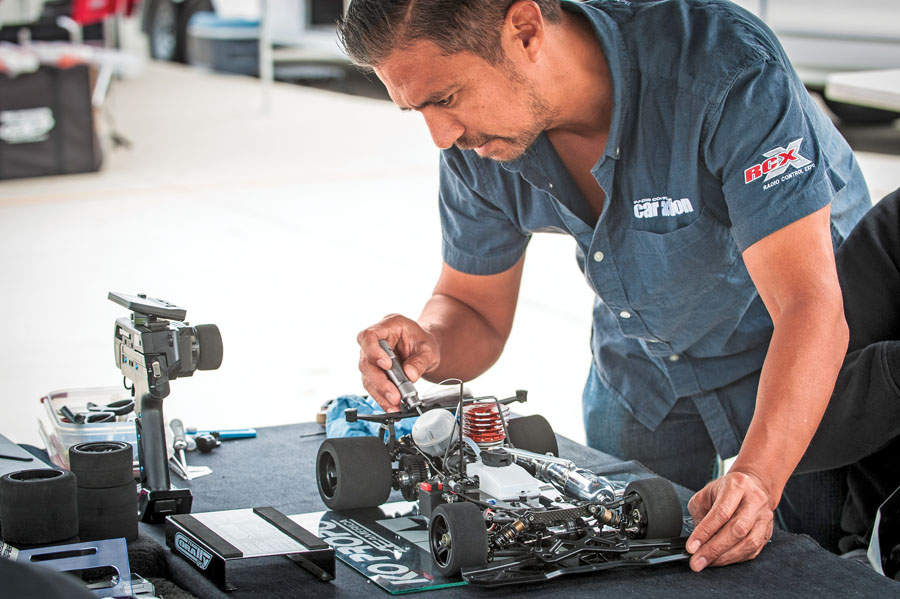 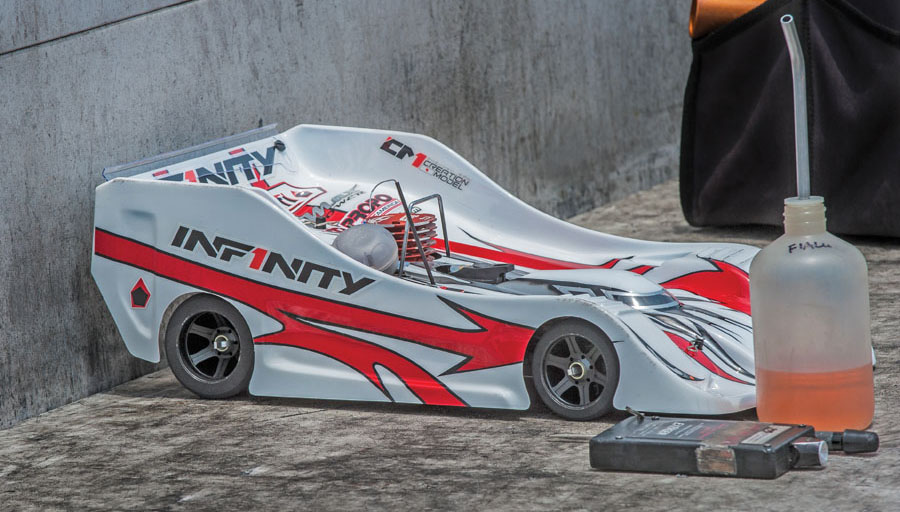 Fuel bottles are great for fueling your car, but aren’t really designed for storage.

Q: Is it OK to switch up brands and nitro levels?

You can switch brands or nitro levels and it won’t hurt anything. You’ll need to retune your engine slightly, but nitro engines get tuned with every use anyway. You’re most likely to notice a difference if you finish off a tank of Brand X fuel and then refill with Brand Y during the same driving session. Because the new fuel will have a different amount and/or quality of nitro, methane, and oil, you’ll notice a difference in performance and need to tune accordingly.

There you go. Now you have some facts to move forward and put to bed all the myths, rumors, and bad advice you may have gotten over the years. Just make sure that you narrow down the intended use of your fuel and what type of vehicle you will be running it in. Take special care to store your fuel properly and you’ll stay on track for fire-breathing fun.

By Carl Hyndman Photos By The RC Car Action team