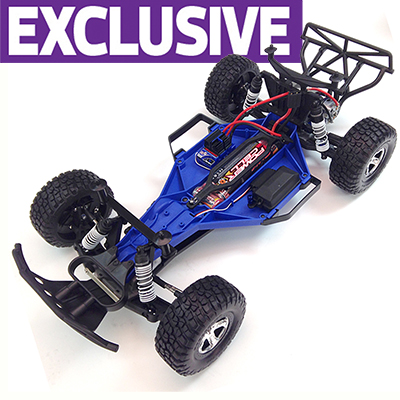 Expect an official press release next week, but for now we’ve got the inside scoop on Traxxas’ upcoming Low-CG conversion chassis for the 2WD Slash (along with some pretty good iPhone pics). While low-CG conversions for the Slash are not new, they’ve all been pretty pricey. The Traxxas kit, on the other hand, should hit stores at around $40! 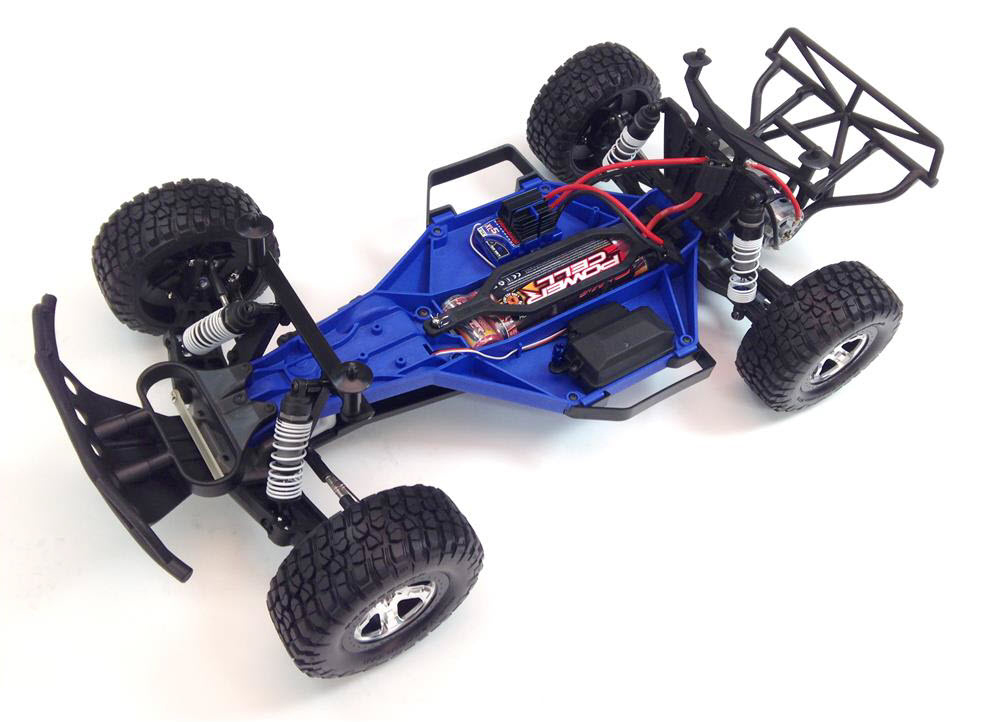 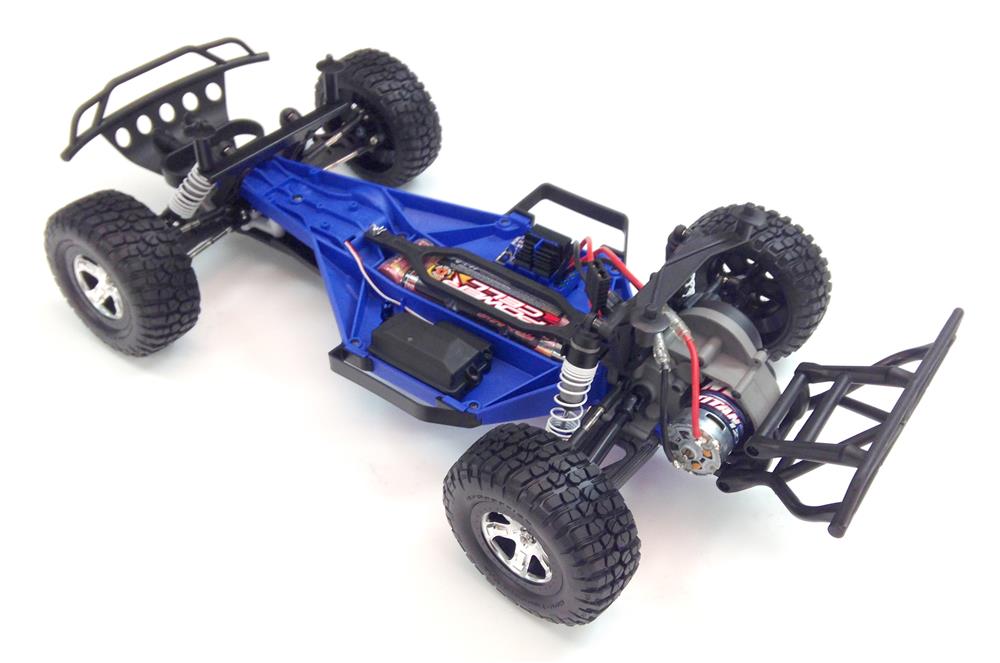 Here’s an assembled truck. The first and most obvious feature: it’s blue. The complete conversion kit will only be offered in blue with black accents as shown, but you will be able to buy the main chassis separately in black and a new dark-grey color separately, says Traxxas.  Looks sleek, with a bit of faceted stealth-fighter vibe going on. 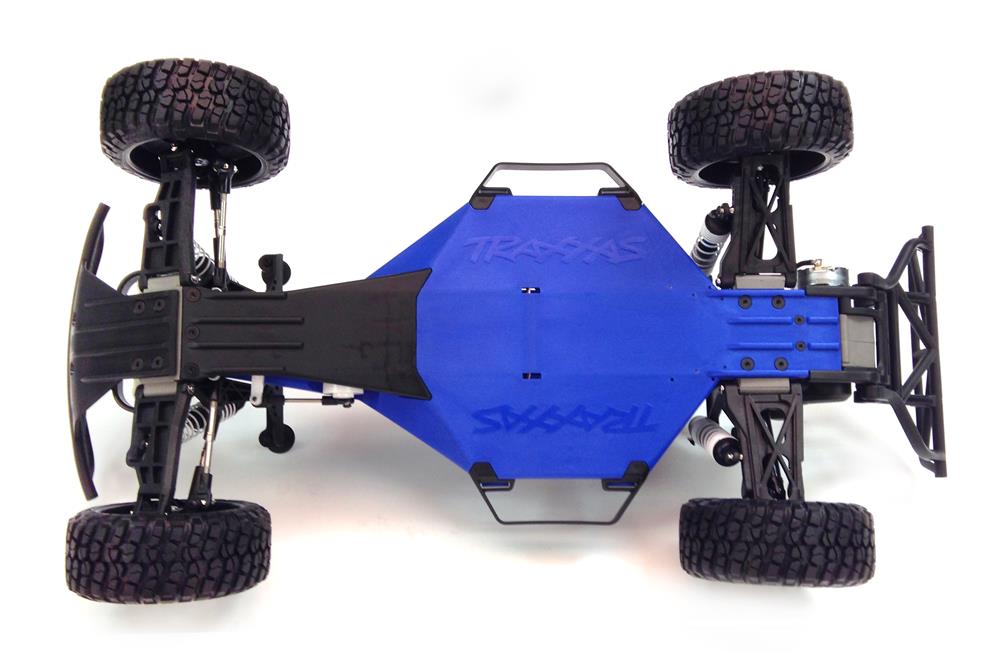 The chassis sides angle upward from the battery channel for enhanced cornering clearance, and reinforcing ribs/grind rails are molded into the tail section and front bulkhead. 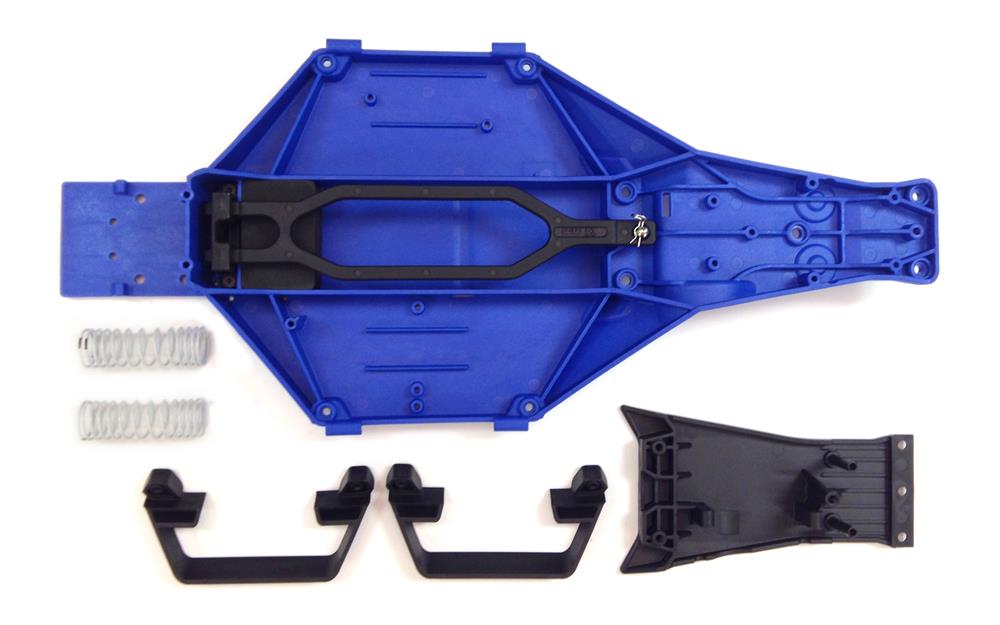 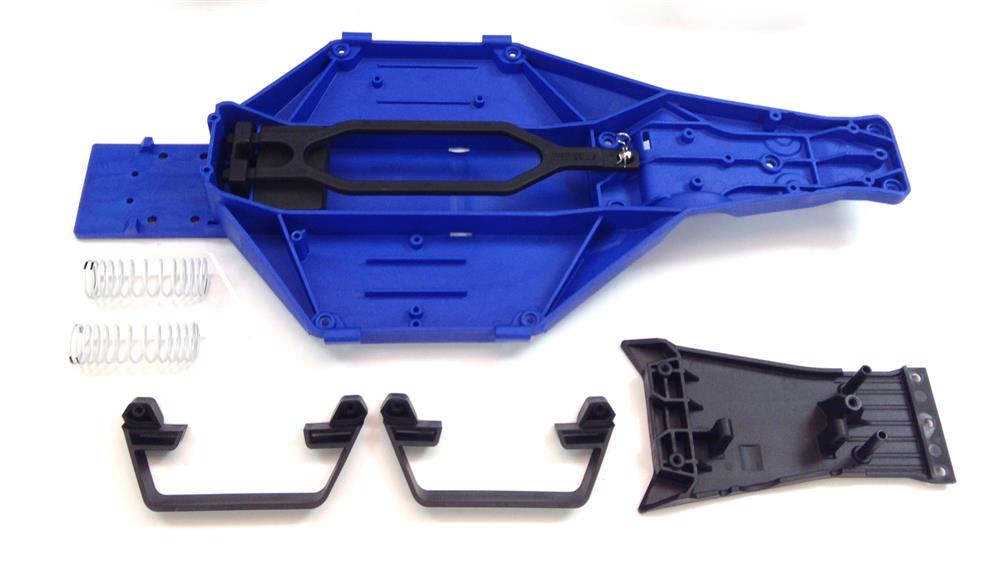 Here are two angles on the included kit parts. You get hardware too, but it’s not in the pic. New front springs are supplied with rates optimized for the low-CG setup. The battery strap and its standoff are identical to the stock Slash parts, but you get fresh ones with the kit. Note that the servo mounts are integrated into the front bulkhead/skidplate.

With a line inserted to show the ground plane, you can see how low the chassis is. Final ride height varies with how you set up your suspension, but the chassis sits flush with the bottom of the transmission.

Looks good so far! We’ll have a full review in RCCA as soon as we get a kit.