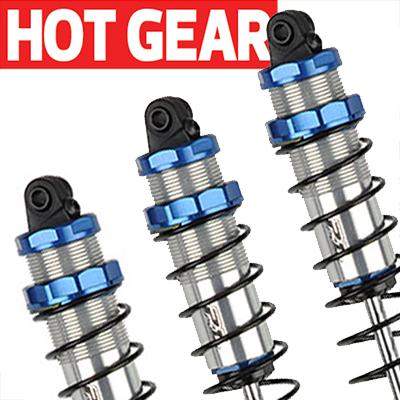 According to Pro-Line, the new Pro-Spec dampers are “the smoothest shocks [the company] has ever made.” They’re billed as “short course shocks,”but they should be great for other types of 1/10 scale action too. Let’s see what makes them so slick… 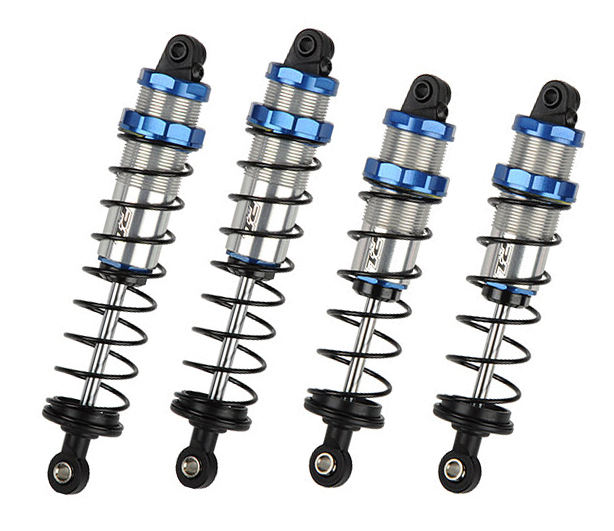 Assembled without limiters, the front Pro-Specs measure 88mm, and the rears are 100mm long. We’ve grouped them as a set of four in this shot, but Pro-Line sells the front and rear pairs separately. As you can see, the polished and anodized finishes are first rate. 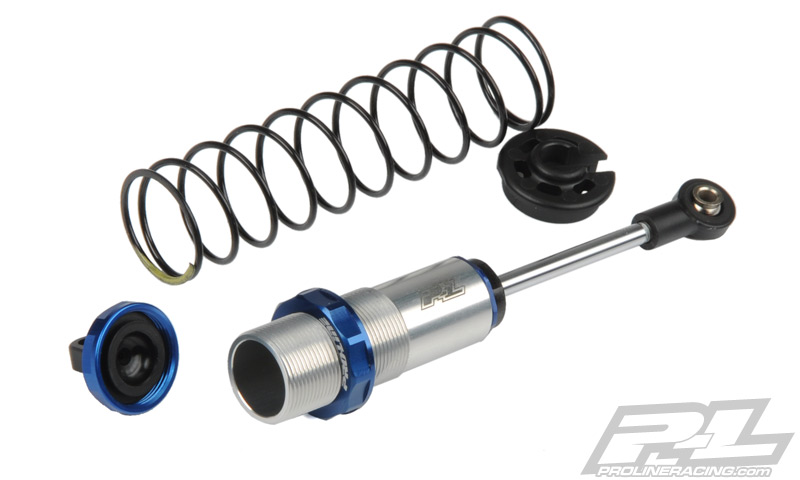 There are no bladders, which makes the Pro-Specs an emulsion design–instead of separating the air and oil in the shocks via a bladder to allow for the shock-shaft’s volume to be compensated for, the air is mixed (emulsified) with the shock oil. The shock bores measure 12mm, making these “big bore” shocks. Springs are included, and PL also offers tuning springs in super-soft, soft, medium, and “hard” rates. 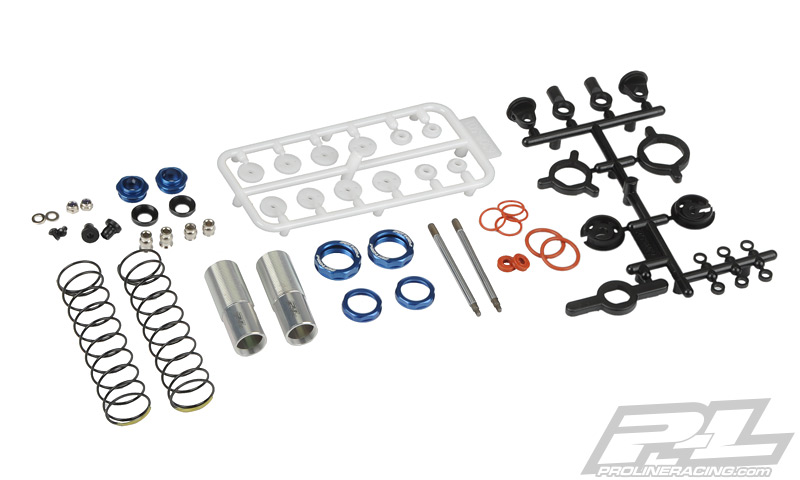 Here are the parts for a pair of shocks. A variety of pistons are included, and they’re molded in slick Delrin to reduce friction. Shock assembly tools are also provided, they’re molded into the black parts tree. Note that there are just two shaft seals, one per shock body. Instead of o-rings, the seals are X-rings. They’re still shaped like rings of course, but the seal’s cross-section is an x-shape, which provides two contact points against the shaft–as illustrated below.

X-ring on the left, in cross-section. Two contact points from one ring. An o-ring (right) only has one contact point, which is why shocks with o-rings typically have two rings per shock. 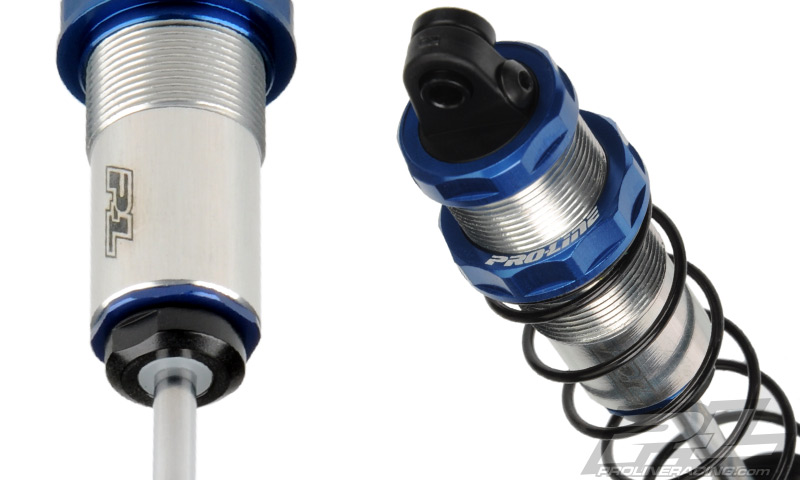 This detail shows off the Delrin shaft guide, hard-chrome shafts, bleeder-screw-equipped cap, and the Pro-Line logos precisely etched into the parts. Very trick.  The Pro-Specs are definitely some serious shocks, and you can bet we’ll try them out as soon as we can score a set. Stay tuned to RCCA for a full review.