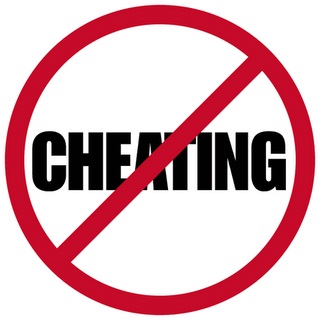 RC racing is full of cheaters. OK, is everybody really cheating? No, of course not. Are enough people cheating to make the average Joe a little skeptical or suspicious? Maybe. It’s hard to tell how many people might really be bending the rules. I’m not one to hang around the tech table to see what’s going on with each car. Every track does tech, right? Relax, I know your track doesn’t tech regularly. It’s simply impractical and not what weekend warrior racing for fun is all about. We largely work on the ol’ honor system.

But, before I get too far, I need to state that one of my biggest RC racing pet peeves is when someone declares anyone faster than themselves must be cheating. I’ve personally never blown the whistle on a cheater (even when I’ve known for sure someone was cheating—as in seen it with my own eyes), and it’s my opinion is that you better be really (I mean, REALLY) sure someone is cheating before going to an official.

Anyway, back to the topic at hand. Who’s cheating? From my experience, it’s usually the guys not winning. Seems odd, right? If you’re cheating, you must be going faster than everyone and thus winning. No, most guys motivated to cheat think they just need to be going faster when in fact, they need to drive a better line and carry more momentum. I just gave away the biggest secret in all of racing—it’s all about maintaining momentum. We’re getting off topic again, but it’s worth it. The guys who hammer around the track and fly hard into every corner and blast out with the throttle buried and dirt flying are—get this—slow. They may look fast, but they’re constantly accelerating and almost coming to a stop in every corner. They probably crash a whole lot too. They might be going 2 or 3mph faster than everyone else at the end of each straight, but it’s not about top speed, it’s about average speed. What does this have to do with cheating? Well, it’s usually those guys, who despite their best efforts (and a horrible driving technique), that think the guys beating them must be cheating. They might even be cheating themselves, so if someone is faster, that person simply has to be cheating. If someone drove a real race car the way these guys drove their RC race machines, the real driver would be more worried about how they were going to clean the puke off the inside of their helmet than who might be cheating. The moral of the story is these guys need to worry about driving a better line and less about who’s faster or who might be cheating.

The topic of cheating kind of comes and goes in RC, and it’s a natural bedfellow of spec and stock racing. Remember Legends? The concept was simple and something to the effect of, “If the rules don’t specifically say you can do it, you can’t.” Legends was great, but eventually, cheating tarnished the class. Street Spec racing (my favorite class of all time) was the same way. The first year we started racing short course (aka the year of the Spec Slash class) reminds me a lot of the Legends and Street Spec eras.

Back in the day, guys cranked the timing in stock racing, opened cans and generally applied every bit of black magic they could to get more power out of their 27-turn 24-degree stocker. This all went away when brushless took over and the 17.5 class was born. Or did it? Are speed controls with “enhanced timing” the new cheat? The solution to this problem, at least at some tracks, is to have two 17.5 classes–one with timing allowed and one without. That doesn’t seem like a very good solution to me.

How are people cheating? Are they heating their LiPos? That’s a no-no. How about non-mechanical cheats like the guys who cut the course? Or guys who are running gear that isn’t available to the general public yet?

Do you think people at your local track are cheating? Have you ever cheated?

“Cheating… hmm…let me think about that a minute. Any ambiguous rule will be stretched to the limit by a racer. This is why rule books are so detailed and growing in size each year. In my years of being involved with ROAR, I saw definitions redefined almost daily by new interpretations of the rule by club level to manufacturer racers alike. The statement “spirit of the rule” no longer applies in my opinion.

Basically, cheating is done the best by the manufacturer … by pushing the limit of the rule and using intimidation on the sanctioning body to get this rule altered to fit their needs.”–Dawn Sanchez, former ROAR President

I also hit up Richard Saxton, a pro-racer at a major RC company, for his take on the subject. His first response sums up how controversal this topic really is. He said,  “Cheating is a harsh word!”

I asked him if he thought cheating is at all prevalent at the pro-level and followed up by asking what sort of cheating is being employed?
“I hate to say yes but ever since racing has started from day one people have tried to bend the rules.

At the on-road worlds they have handout fuel for a reason. So, if it’s going on in on-road, I would have to assume someone is doing it in off-road, also tire additives.”–Richard Saxton