RC cars use a variety of drivetrain designs to turn motor or engine power into motion, and each has its advantages and disadvantages that make them suited to particular applications. In this section, we’ll discuss various types of drivetrains, explain the lingo and give you all the info you need to know about the gears, shafts, belts and pulleys that get your car’s wheels spinning. 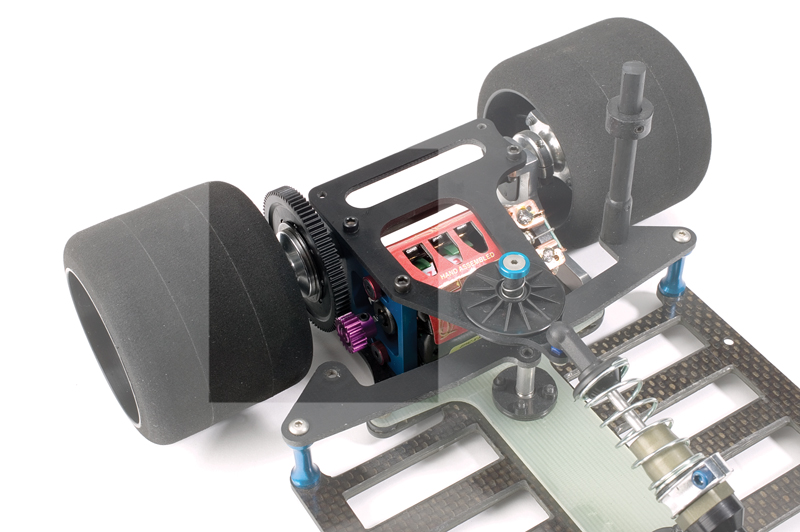 In this pan car, the motor drives the axle directly, hence the term “direct drive.” 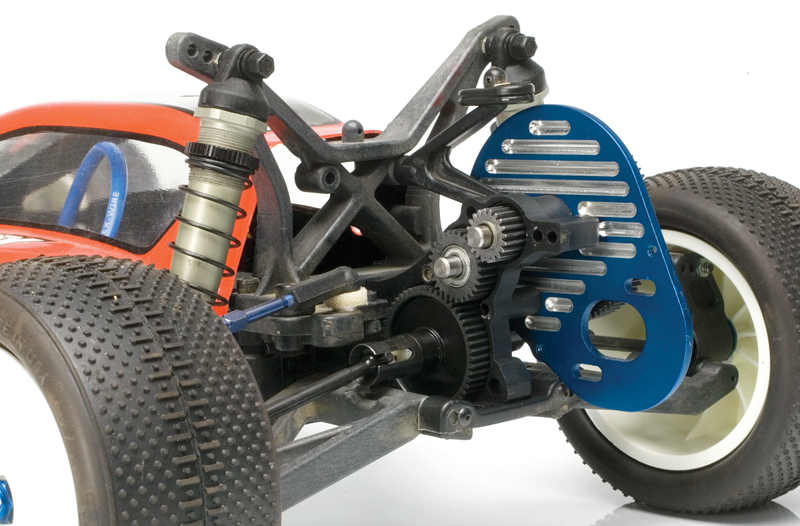 This Associated B4’s transmission has been opened to reveal its internal gears. 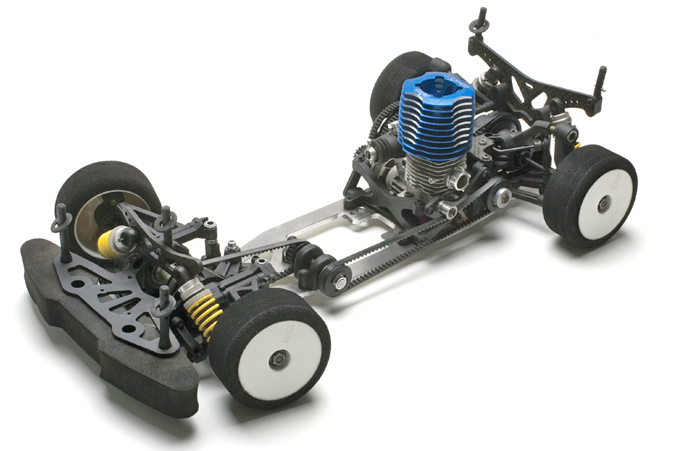 The top deck of this Serpent nitro touring car has been removed to show off its belt-drive system. 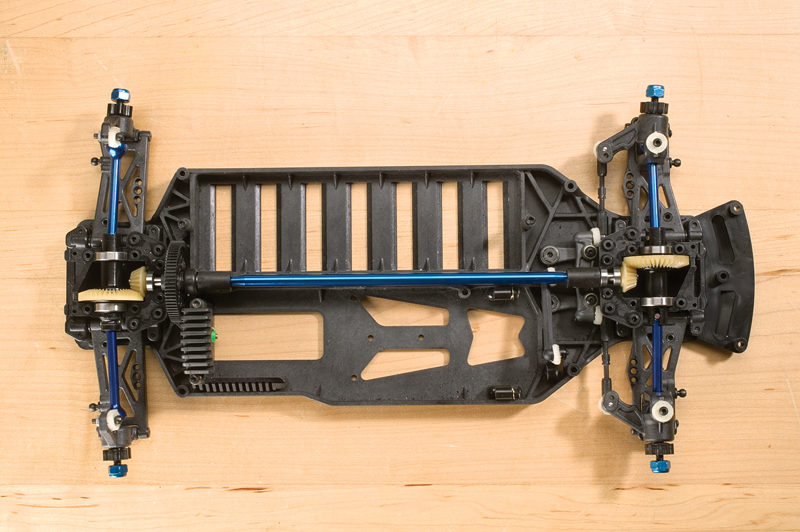 The Associated TC4’s shaft-drive system is very simple and efficient: only two gear meshes are required to drive all four wheels.

Driveshaft Types
With the exception of direct-drive cars (which have a solid rear axle), all RC cars use some type of driveshaft to transfer power to the wheels while allowing suspension movement. There are four basic types of driveshafts: dogbone, universal-joint, telescoping and CV-style. 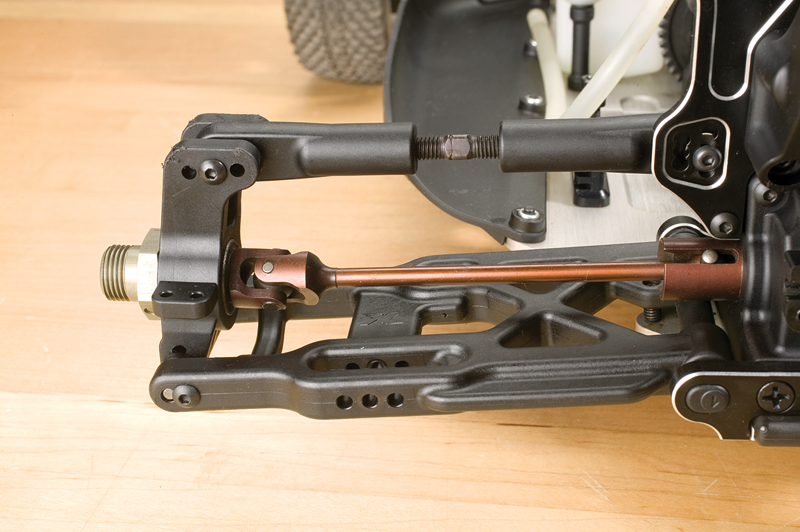 Here’s a U-joint on an XRAY XB8 nitro buggy. It still has a dogbone on one end to compensate for suspension movement. 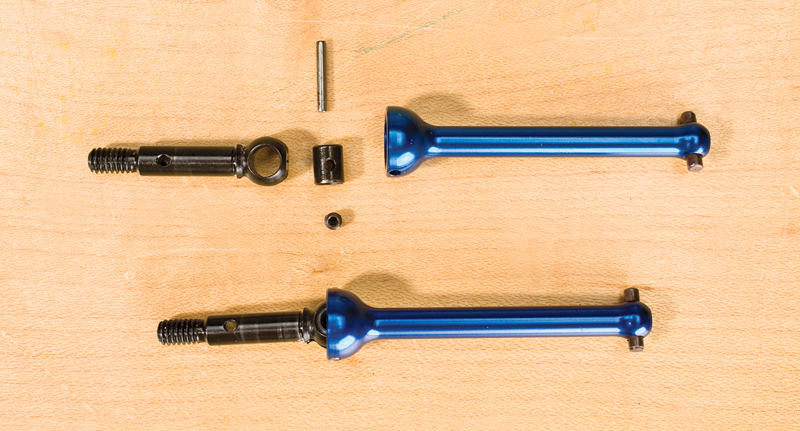 This genuine MIP-brand CVD is the original design that “CV-style” joints are patterned after. 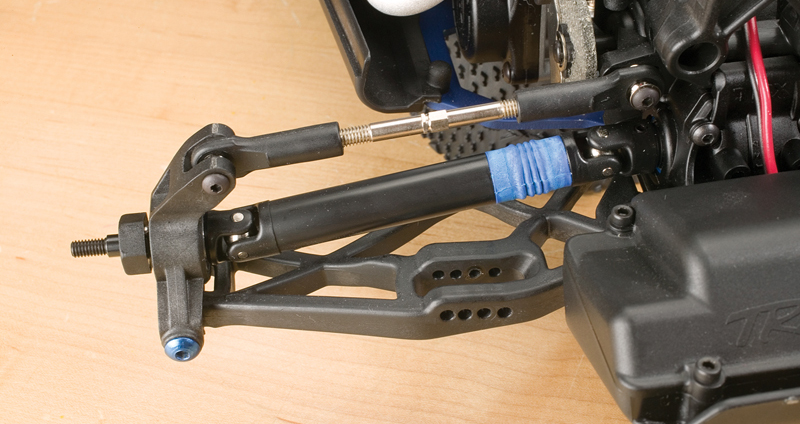 Traxxas is the king of telescoping driveshafts and uses them on all of its vehicles. Because the axle can “stretch” to compensate for suspension movement, universal joints can be fitted at both ends, as shown here on the Traxxas Jato.