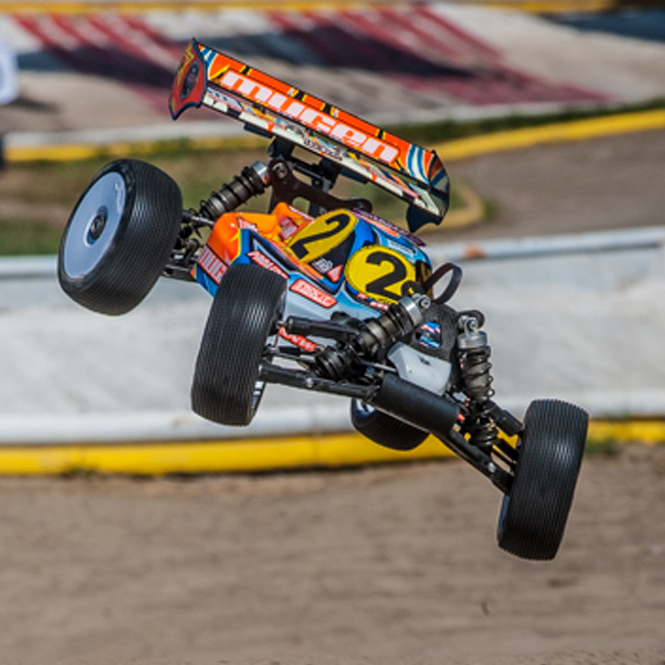 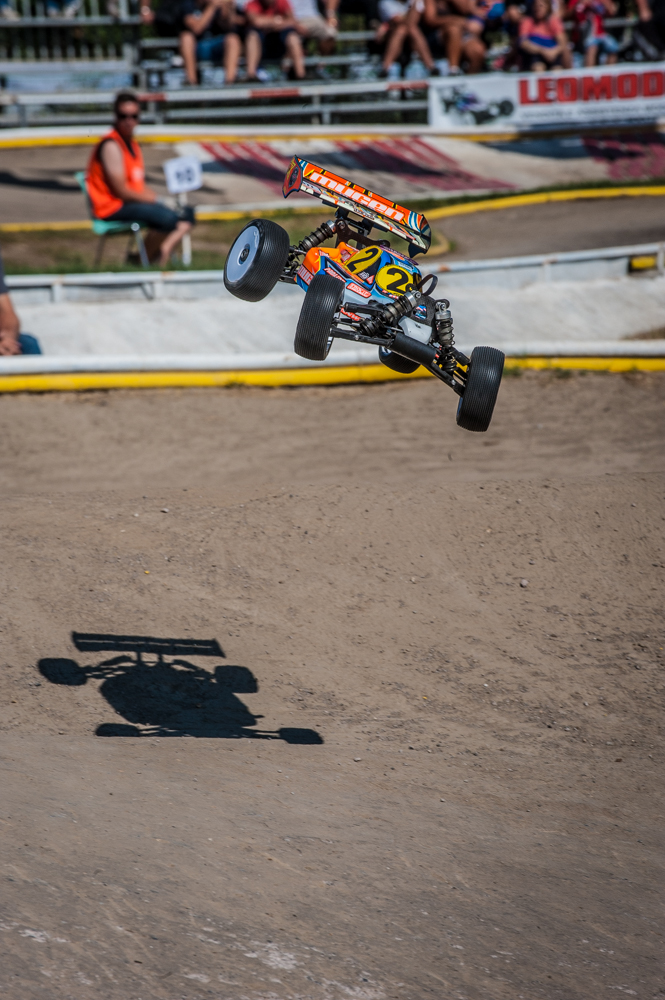 The gremlins were in Lee Martin’s Mugen.

It’s easy to follow the races by looking at lap times, but the real drama often happens away from the clocks. The two semi-finals are as far as your top 16 qualifying will take you, and it can be anything but prewritten. You still have to drive your car in to the big event. There are just twelve spots available in the final main, with five spots in each semi awarded to the corresponding finishers. Two final spots are earned by the next fastest overall times. Call it gremlins, black cats or just plain bad luck, but until that final horn sounds it can be a big lesson in controlling those butterflies. This is nitro racing and things just happen. 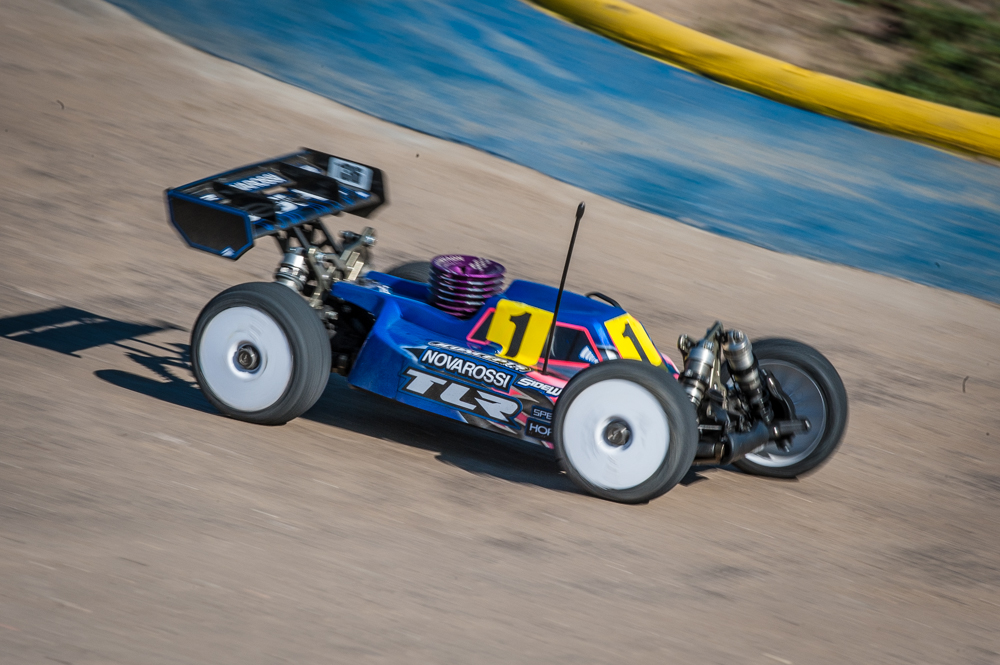 Maifield walked away with the second semi.

In the first 30-minute semi-final it was Ty Tessmann who led the way with his HB D812, but Lee Martin was right there for quite some time taking looks and putting his Mugen in position. He looked fast and a real threat to Tessmann. Then he flamed out. A mad panic ensued and his car was rushed back to the driver’s side pits. A quick fire up and he was back. However, it was in vain and not soon after it happened again. His bid was over. By then Robert Batlle (Mugen) and David Ronnefalk (Kyosho) were gaining. With a lap to go, it happened to Ronnefalk. He flamed out as well and was relegated to a non-transfer spot. Heartbreaking. The second semi had its share of issues too, but not at that same level. For this semi, it was literally the Ryan Maifield show and he won it in convincing fashion with his TLR 8IGHT. He took the pole for the final main. 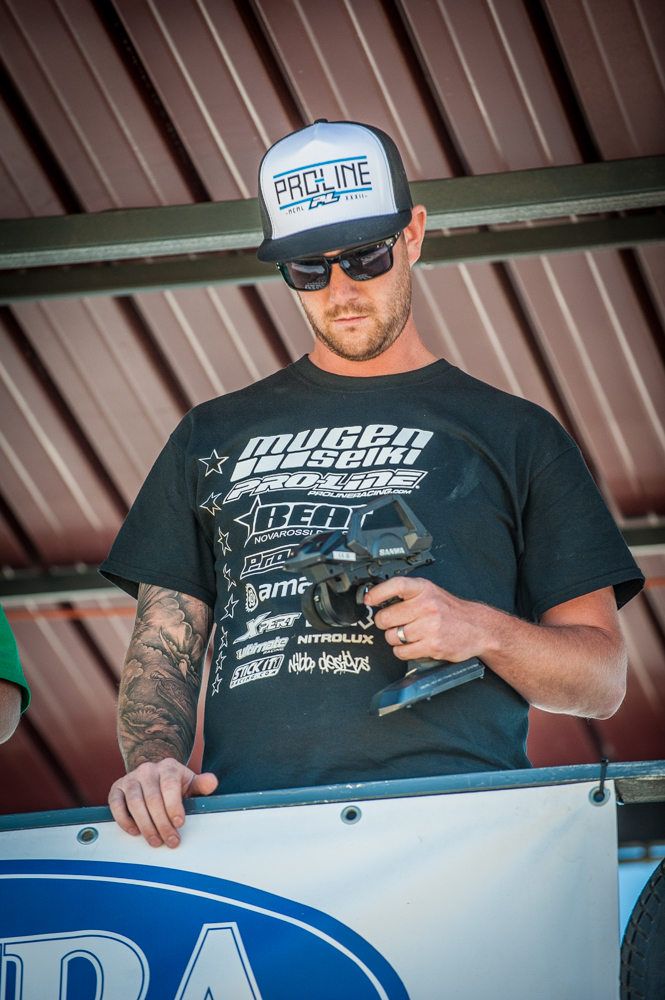