Team Futaba is excited to welcome RC legends Adam and Ronda Drake to its winning lineup.

The Drakes have scored multiple championship wins in virtually every category. With over 50 years of RC experience betweenthem, Adam and Ronda are no strangers to the sport of radio-control driving.

Adam started out backyard bashing when he was eight. Six years later, he scored his first major sponsorship with Team Losi. Before long, Adam had five 1/8 ROAR Nitro Buggy Nationals titles under his belt.

Ronda’s racing career started in 1990—and she’s been leaving the competition in the dust ever since. Her extensive record includes a Top Three finish in the Nitro Challenge 1/10 Gas Truck class and a Number One placement at an Airtronics race.

Both drivers count on the Futaba 7PX to take them to their next first-place finishes. Adam and Ronda are both impressed by the radio’s super-fast response, easy set-up and LCD touch screen.

Check out the 7PX at futabarc.com and look for the Drakes at events throughout the season. You can also follow the action on the Futaba Facebook page, and see exclusive reviews on Adam’s YouTube channel (AdamDrake117).
Visit FutabaRC.com
See more posts about Futaba 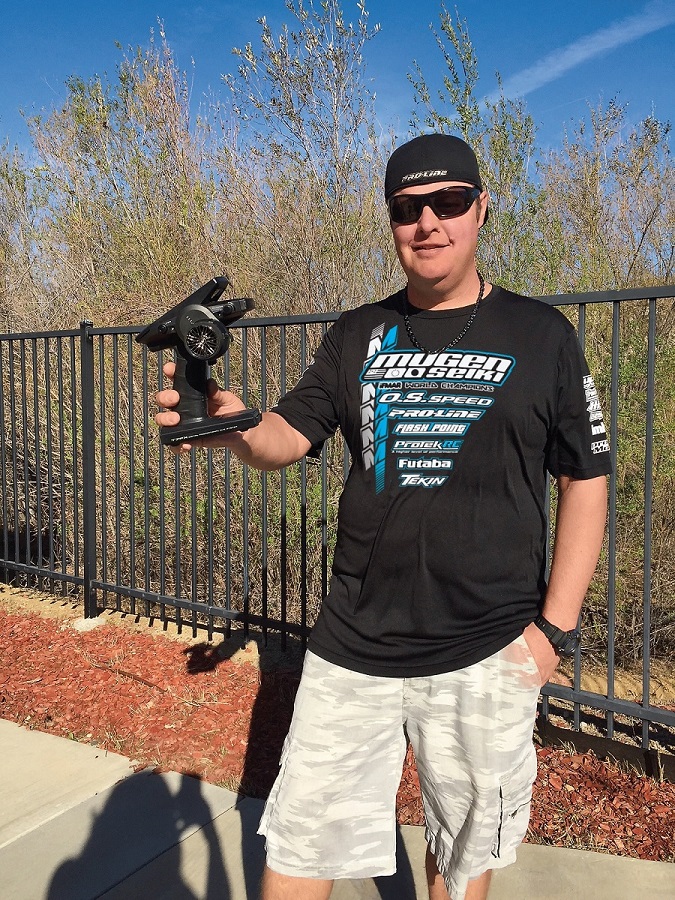