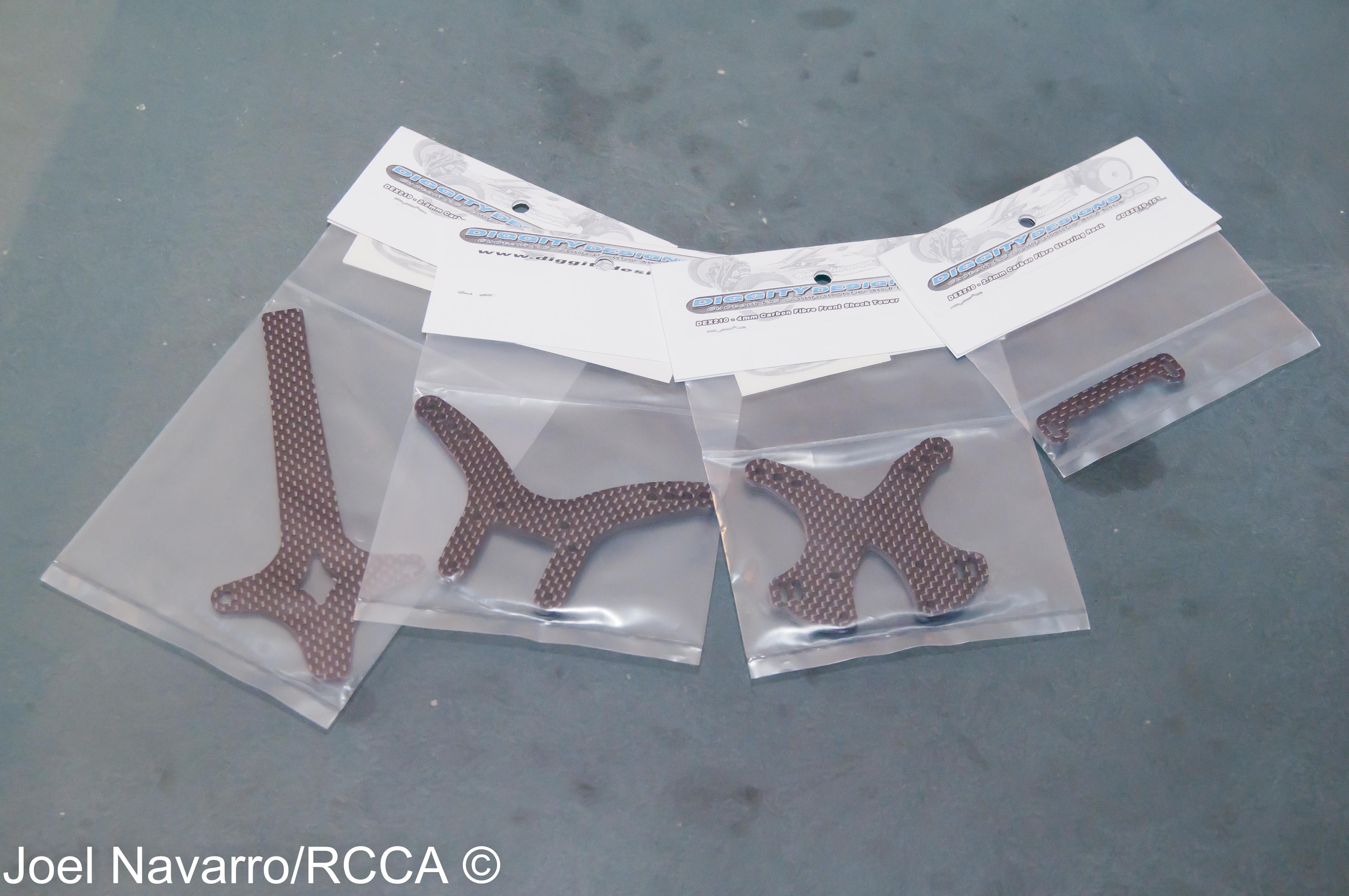 While doing the test drive on the Durango DEX210 2wd 1/10th electric buggy at SDRC Raceway in San Diego CA, I was working with Team Durango driver Steve Butts, I noticed his DEX210 had some nice hop up parts on it. Of course I asked where he got all his trick parts and Steve said they were from Diggity Designs and suggest I try them out. Diggity makes an aftermarket carbon fiber front and rear shock towers, a battery strap, and steering rack. All the parts are direct replacements for the stock pieces and easily swap out and give the DEX210 a stealth look. All the Diggity Design parts performed exceptionally well on the track. The shock towers are extra beefy and can withstand crashes nicely. The front tower adds extra adjustment on the inner camber link positions over the stock piece. The rear tower adds a 4th inner shock mounting hole for extra soft dampening. Uber adjustability and good looks, what more can you ask for?  –  Joel Navarro 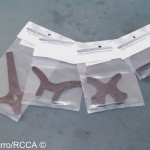 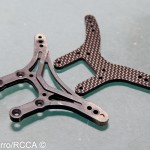 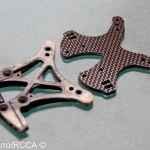 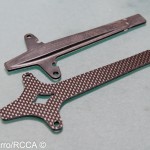 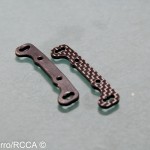 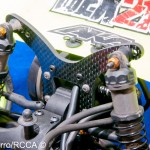 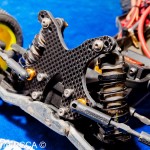 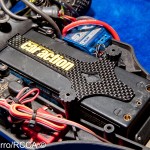 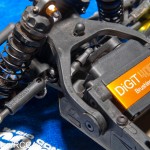