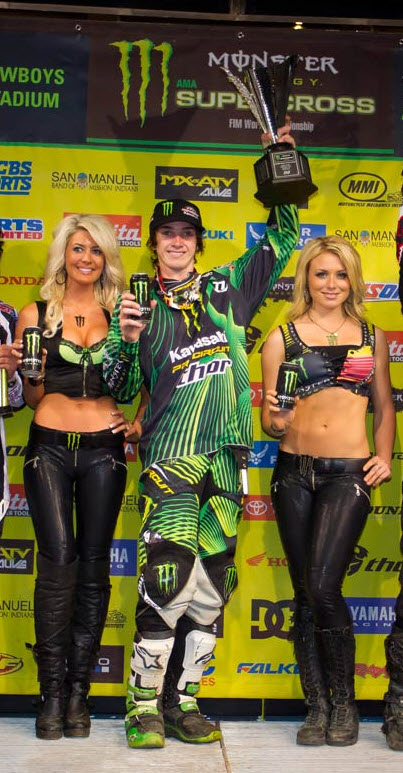 Arlington, TX: Supercross action came to the new Cowboy Stadium on April 2, and Traxxas-sponsored Dean Wilson made sure the stadium’s famous mega-screen TV was full of Kawasaki green as he claimed his third win of the 2011 season, stacking his Round-8 victory in Atlanta with back-to-back wins in Toronto and Texas.

Wilson and Pro Circuit/Kawasaki/Traxxas teammate Blake Baggett transferred easily to the 250 Lites Main with Baggett taking the win in Heat 2 and Wilson finishing third. Wilson found himself in third again as the Main got underway, with rival Justin Barcia earning the holeshot and Heat-1 winner Ryan Sipes slotting into second. The two front-runners exchanged the lead twice before Sipes crashed out on lap four, allowing Barcia to reassume the lead and Wilson to move into second. Relentlessly, Wilson shaved time from his laps and drew Barcia in like a tractor beam. Barcia fought to retain the lead, but Wilson would not be denied and took over the lead on lap 14. Barcia challenged him at every turn but Wilson simply out-rode his rival to keep his Kawasaki KX250F in front all the way to the checkers

“This (win) means so much,” said Wilson. “It wasn’t an easy race. I’ve been battling the stomach flu all day. I just kept pushing and didn’t give up. It went all to way to last lap, which was fun for everyone here. I made a pass on him and he got me back, then I got by again, he stuffed me and I stalled. I had one last chance to get him and I stuck it.” 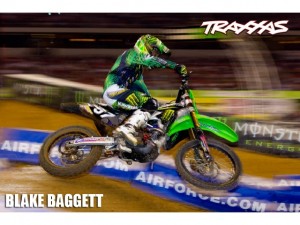 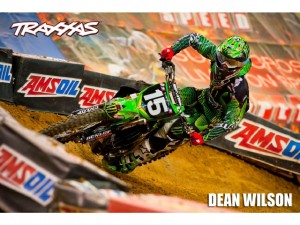 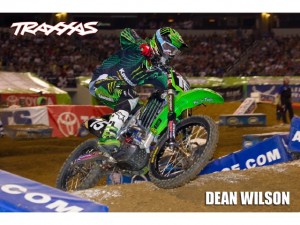