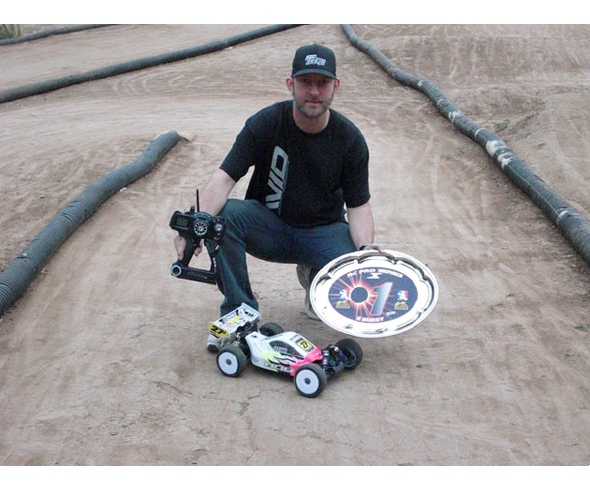 I had a great weekend at the RC Pro Series South, Round 1 in Austin Texas. I TQ’d and won the 1/8th scale E-Buggy class which had 39 entries. I TQ’d 2 out of the four rounds and placed 2nd in the other two. I won the first and third main’s wire to wire, the second main I ran into electrical trouble so the car didn’t make the first jump.

JConcepts tires used: Round 1 and 4 I ran subcultures. They felt perfectly balanced and the car was never in trouble but they were not getting the laptimes I needed. In round 2 I ran Crossbows and they felt good but the dust on the hard pack was not allowing them to grip as much as I wanted. For the 3rd round I went to the Double Dee V2’s and they were very good with a controllable rear slide, the groove was narrow on the track. For the mains I decided to run my standard setup which is Crossbows. (All tires are Blue Compound with Blue Closed Cell Foam)