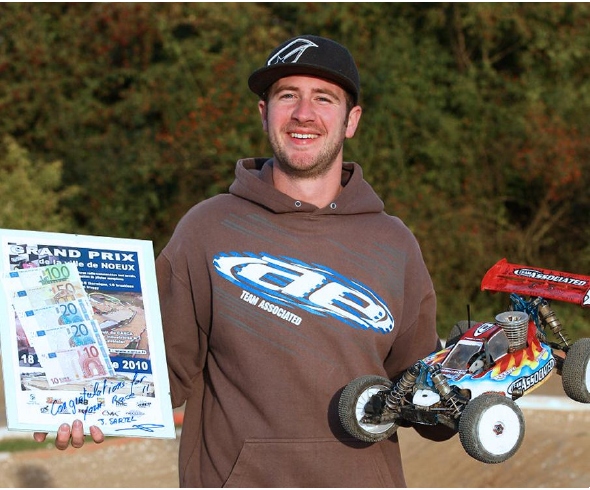 With some of the world’s best drivers and racing teams on hand, Reedy factory driver Neil Cragg piloted his Reedy 121VR powered RC8B to victory at the Noeux Les Mines GP in northern France. The unique three-leg format of the GP rewarded speed and consistency, which suited Neil perfectly.

The winning began on Saturday night in the Dash for Cash race. Neil grabbed the win along with a little spending money. However Sunday’s action would determine the champions, and as any true racer can confirm, wining the GP title is the real reward.

In the final, Neil scored fast runs in both of the legs that would eventually count. The total laps and time would determine the winner and Neil was able to drive with this in mind and produce a total time faster than any other competitors, and lay claim to the precious real estate on the top step of the podium.

An impressive victory such as this over some of the world’s elite drivers certainly places Neil on the early list of favorites heading into the World Championships in November.