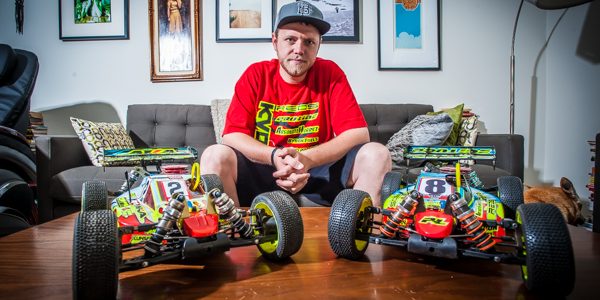 2017 has seen a lot of changes and this one caught us off guard. Best known for his nitro off-road prowess including a 2010 IFMAR 1/8 Nitro World Championship title in Thailand, Cody King has just announced his departure from Kyosho. His post on Facebook explained that his contract as a professional driver with Kyosho couldn’t be renewed and it was time to move on. Here is what he said,

“Wow, where do I begin? The decision is final now, I won’t return to Kyosho for the 2017 season after all. Our relationship was very long, 14 years to be exact. It was a great ride, and we went a long way. From begging John Stokes and Alex Kong at Great Planes for support back in the day, to watching the creation of Kyosho America near my house in Southern California, to meeting Joel Johnson and Steve Pond at that time, as well as all the Kyosho America staff. Then going all the way to the Worlds and winning the race. What great memories. Then having my car and paint scheme on the Inferno box for many years, that is something that I never could have dreamed would happen. I want to thank Aki Suzuki, Tsuyoshi Sasai, and Mitsuo Yoshimaru at Kyosho Japan. Mr. Sasai was very supportive and really believed in me. I’m very grateful for that. Also Futoshi Ishihara and Steve Pond at Kyosho America, thank you very much for all the years of support. It has been an absolute great ride and great experience. They say the only thing constant in the universe is change. Indeed it’s true. On to the next chapter…” 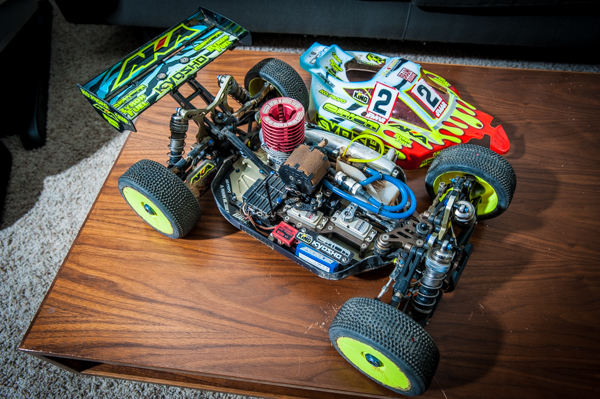 The Kyosho MP9 TK12 he used to win the 2010 IFMAR World Championship in Thailand.