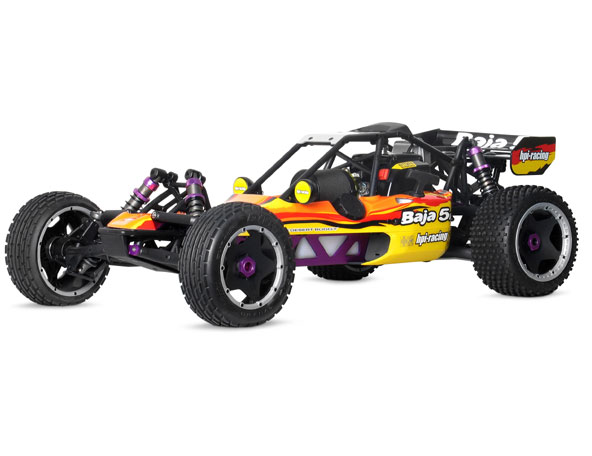 Throughout most of RC history, the complexion of the industry had been relatively slow to change. Along the way, niche classes like came to fruition, but the inception of these niche classes occurred sporadically. As the New Year dawns, it always invites a time for reflection. In retrospect, more niche classes have sprung out of the last 10-years than any decade prior. Even if they all don’t stand the test of time, there is no arguing that over the last 10 years, RC has produced some of the most unique, cultish, obscure, and endearing classes of all time. Here is a list of 10 new classes that have become favorites over the last 10-years.

When the Touring Car class died-down after its 90’s binge, a place was left for all of the import tuners of the RC industry—enter drifting! While full-scale drifting undoubtedly spawned the popularity of the RC class, there is no denying the impact and popularity of RC drifting. It took RC sedans away anal-retentive and expensive touring cars, and brought some fun back into RC.

While RC rock crawling always existed in obscurity, it took off in a big way over the last decade. Rock crawling used to be for the few and far-between, but over the last few years, it has become a respected, competitive class with a large following.

Although it is simply an extension of 1/8-scale Buggy, Truggy, as a class owes its fate to the last decade. When Buggy grew in popularity and tracks became larger and faster, there became a need for a vehicle more apt to handling sick, motocross –style landscapes, and Truggy fit the bill.

Throughout this list of new classes in the last decade, none is will have as much staying-power as Short Course. What started as a sponsorship venture by Traxxas, is now resulting in the in the largest out-reach to the mass public since the RC10 in the 80’s. Short course is here to stay, and with the manufacturers’ stake in full-scale sponsorship, Short Course is currently the class that is carrying RC through this economic recession.

Although it has faded a bit, Mini-Scale RC was ushered into popularity with the birth of the Mini-T in 2002. Subsequent to Losi’s release of the Mini-T, the market was soon inundated with Minis—as well as the organization of important Mini races.

Although this is at the fringe of ten years ago, MT took-off, on a large scale, as a racing class for the first time in the last decade. Sure, trucks like the T-Maxx were raced in the late 90’s, but race inspired trucks like the Revo and HPI Hellfire were produced in the early 2000’s.

While 1/5-scale On-road has existed for decades, it took the release of the HPI Baja 5b to bring 1/5-scale Off-road into relevance. In a time when nitro RC was king, the Baja brought some fun, realism and excitement back to nitro bashing. Over the last 10-years, the class has continued to grow and is not showing signs of letting down.

Technology often breeds invention, and that is exactly the formula that created Electric 1/8-scale. Brushless motors and Li-Po batteries made it possible to turn the biggest class of the mid-2000’s—nitro buggy—into a raging electric class with plenty of life in the future.

Although it is more promotional than useful, RC “Enduro” racing has become a class that has spawned a relatively popular following. With the long runtimes and low maintenance of brushless and Li-Po technologies combined, Enduro racing is interesting, popular and relevant.

It seems that more and more people are getting into scale RC than ever. Lots of enthusiasts into Drifting, Rock Crawling, and other niche classes find themselves cultivating real scale appearance and function with working lights, doors, customized bodies and drivetrains—all geared toward scale realism and the creation of something unique.

Although RC has seen many classes come and go over the years, the last ten years have without question proven some of the most innovative in class creation. Although individually niche classes comprise a small percentage of overall RC purchases, when added together, they account for a relatively large part of the industry. What’s next? We’ll soon find out, but if the next decade is as innovative as the last, we’re sure to see some amazing new classes.