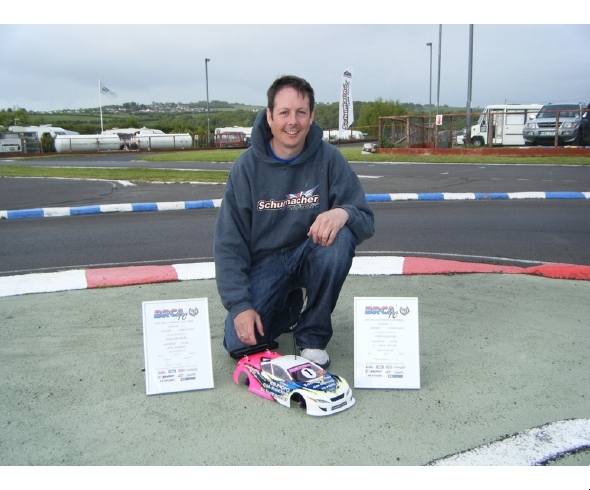 It has been confirmed that Chris Grainger has won his second consecutive BRCA National Modified Championship with Schumacher and the Mi4LP.

The BRCA have confirmed that no result in the final round at West London this weekend can affect Chris’ current 1st position.

Chris has 2 wins at Mendip and Aldershot this year backed up with 2 second places at Cotswolds and Halifax showing awesome consistency. With a best 3 races to count from 5 this can’t be beaten.

The season so far has seen awesomely close battles between Chris, the Speed Passion powered car of Elliot Harper and fast charging Olly Jefferies, in what could be classed as the closest and most exciting season for many years.

With the final round at West London remaining this coming weekend the rest of the Schumacher team are looking to add to their points. Currently 4 Mi4LP’s lie in the top 10 of the Modified Championship and an amazing 5 cars in the top 10 of the Pro Stock championship, with the overall title in that class still up for grabs. Truly showing what an awesome package the Mi4LP has been.

Congratulations to Chris on another awesome year from everyone at Schumacher Racing!!!