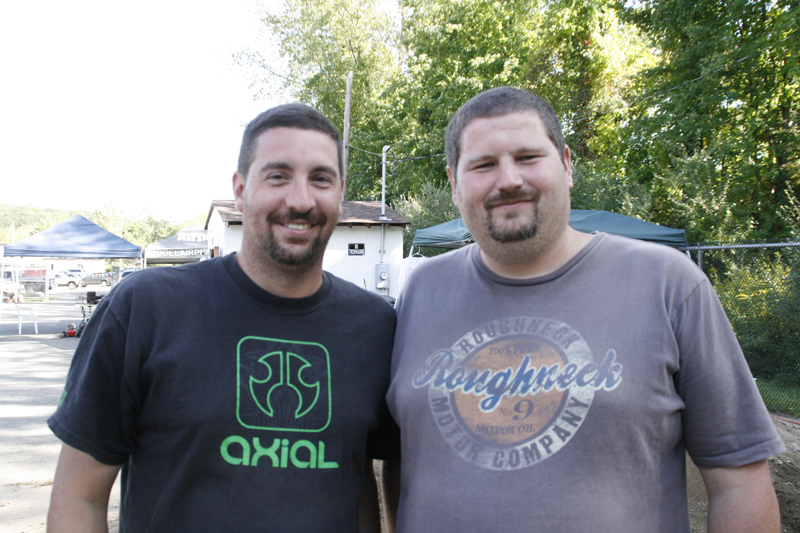 By now you’ve probably figured out that I’m sort of a softy when it comes to nostalgia and memories of growing up. I think where we come from and the things in our lives that occur mold us into the people we are today and for me RC was a huge part of that and still is. When I got my first RC car, I was heavily involved in BMX racing as most 11 year olds are. It wasn’t until a couple years later, however, that this little tiny BMX track showed up one day next to the full size one I raced on weekly. I asked my friend Greg “what is that?” to which he explained that it was a track for RC cars and that they race on it just like we do with our bikes. The next week I showed up with my Tamiya Hornet and the rest was history. While blasting up and down my parents driveway and outrunning my cocker spaniel Barney had kept me satisfied for a couple years, suddenly racing became EVERYTHING I wanted to do.

It wasn’t long before I came across that friend from the BMX track and found out that his dad ran the RC track also and along with him was another kid my age name Mike. The three of us became thick as thieves and it wasn’t long before their fathers were driving me back and fourth to racing, both at our local club track as well as to races in other states. I felt like I was part of their family and as we grew up and went off in our separate directions in life, the one thing that always called us back was RC. It wasn’t until I returned to the hobby after college that I came across Mike and eventually Greg again, by now Mike was working full time and Greg had taken a job as an editor here at RC Car Action but it was if we had never missed a beat. While Greg moved on and is working for another magazine now, we still talk and see each other at races and I can honestly say that he is almost entirely responsible for me working in RC today. Mike and I race together all year and have gone through life, seen each other get married, have children, win races and live out our dreams.

Mike and I at the 2012 Vintage Off-road Nationals

So the lesson to be learned, since there always is one, is that racing is good for the heart, mind and soul. As a child it not only kept me out of a lot of trouble but taught me the importance of family and friendships. While I was always close with my own family, the people that I met at racing and became close with at racing became a sort of RC family to me, many of which I still see on a weekly basis many years later. While I’ve lost members of my RC family to illness and tragedy over the years, I’ve also watched as others as they triumphed, grew and lived out their own dreams; to me, they’re as close to my heart as as any family. And no matter how they may come or go the one thing that can’t be denied is that in their own special ways they have all touched my heart and played their parts in who I am today.