There are some other cool engines in this video, but the OPS B.20 inline-twin marine engine at the end is the wildest. The block contains two pistons displacing 20cc, firing in alternate order, with a belt-system driving a rotary valve to properly time induction via dual carburetors. Claimed output was 4HP at 17,000 RPM. Very trick stuff, especially for 1974. No CAD or CNC machining here, this bad boy was designed and manufactured “analog” all the way. It sure would be cool to see this mill in a pulling truck!

Read more about it here, in vintage scans from Model Airplane News. 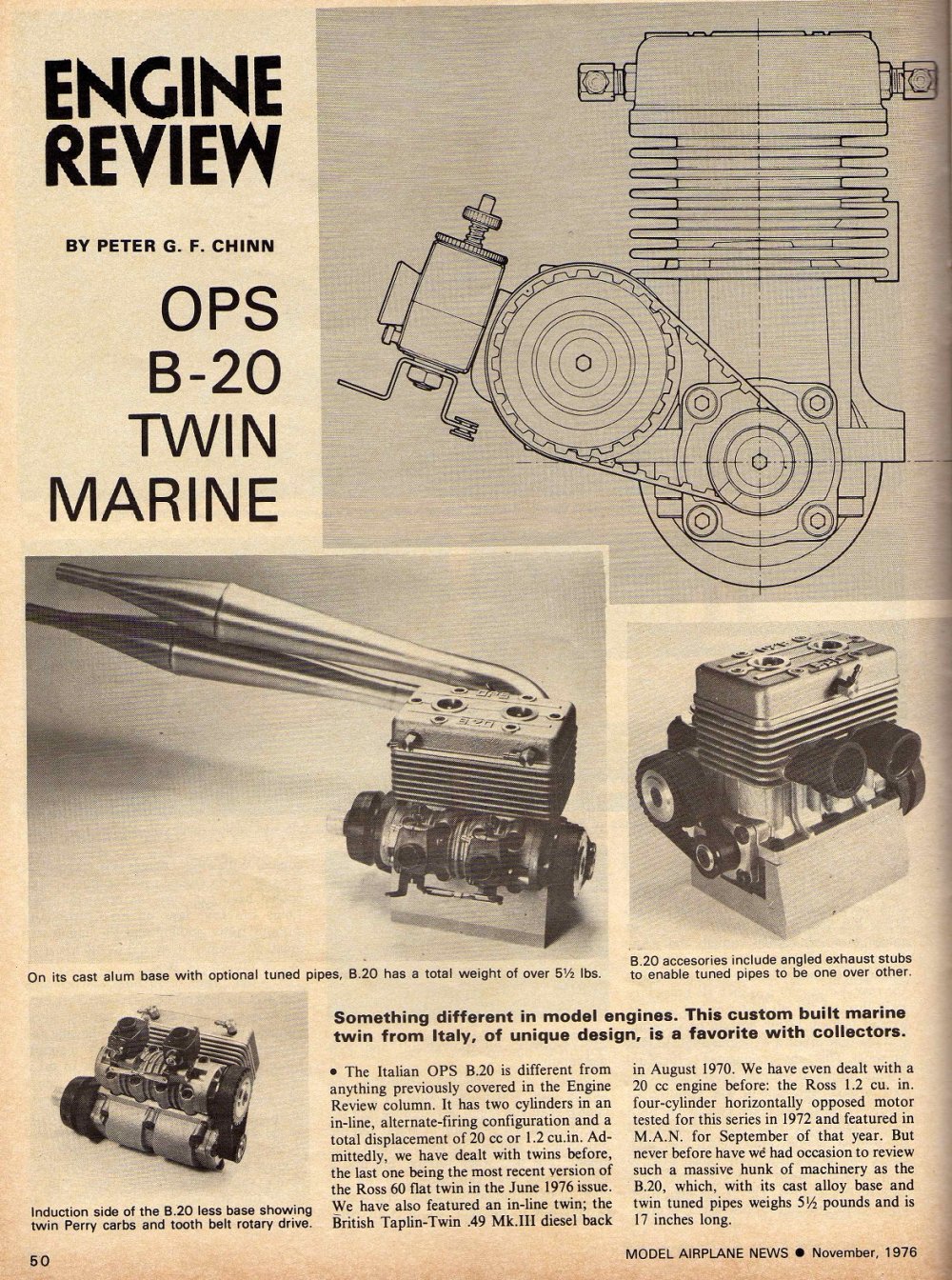