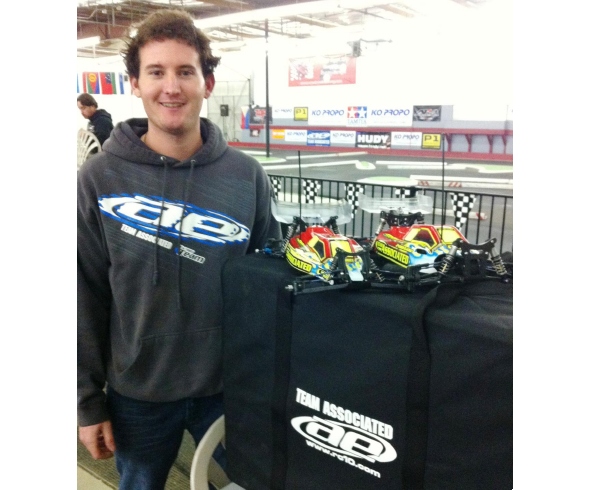 As the new year breaks in 2011, Team Associated’s Ryan Cavalieri joined 230+ of his fellow racers for the first round of the TLR Supercross Series at West Coast R/C Raceway on Sunday January 2. Gearing up for the Reedy Race to be held at the same facility at the end of January, Cavalieri took the victory in both 2WD and 4WD Modified ahead of Mike Truhe. Joining Cavalieri in the mains for Team Associated were Brent Thielke, Chris Jarosz and Steven Hartson. All the drivers used the winning combination of the Factory Team B4.1 and Factory Team B44.1 along with the LRP SXX V2 speed controls, while Thielke, Hartson and Jarosz all utilized Reedy batteries.

Look for Team Associated at races near you with major events in January in Columbus, OH (Winter Midwest Championship) and La Mirada, CA (Reedy Race of Champions).