Thunder Alley Raceway in Beaumont, CA hosted the 2nd Annual Gas Championships over a hot two day weekend. With a layout that has been in place for over 2 months, racers from across Southern California flocked to the popular track for a fun weekend of racing. The event featured a very unique qualifying method where a seeding heat placed racers in heats with equally paced drivers. However, once qualifying started that’s where it got interesting. Instead of the standard IFMAR style qualifying, each heat was run with a main event, head’s up style start. This put a premium on getting off the line fast as qual points were still used to determine the main event starting positions.

In his heats, Team Associated’s Ryan Cavalieri raced with other top pros including Mike Truhe, Cody King, Josh Wheeler and others for main event grid positions. After three rounds of qualifying, Cavalieri tied for the TQ position, had the fastest single run, fastest combined two runs, however lost the tie breaker due to a lower 3rd round qual point.

This didn’t stop the Associated star as in the double A main events he quickly found his way to the front. Leading every lap of A1 and almost every lap of A2, Cavalieri proved he was the fastest and most consistent racer over the weekend. Congratulations to all the winners and thanks to the Thunder Alley crew for another great event. 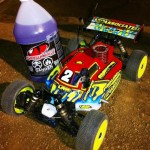 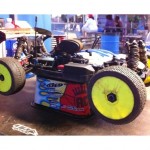