The new 9000kV motor from Castle Creations is their fastest yet, and we were psyched to get our hands on one of the first ones. I could have used a number of vehicles to test this bad boy, but I chose a 4WD touring car to get the highest top speed number possible. Follow along as I show you our setup and the numbers this ballistic motor can give you. 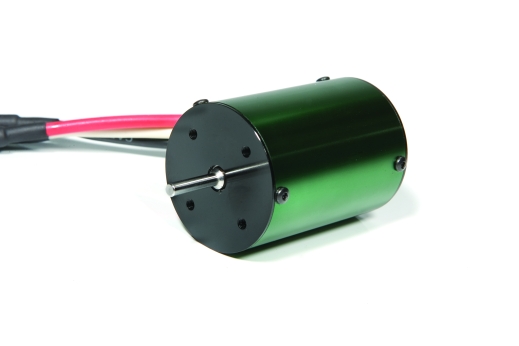 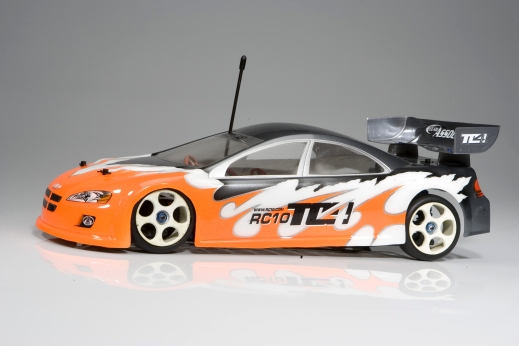 I chose a modified TC4 to test this motor in. It has all carbon-fiber components, aluminum shocks, swaybars, Pro-Line tires and is dialed in for racing. Since it’s 4WD and shaft drive, there will be no belt skipping at high speeds, and it should handle like a rail. I stuck with the stock 72-teeth spur gear and chose a 29-tooth pinion gear for the testing. 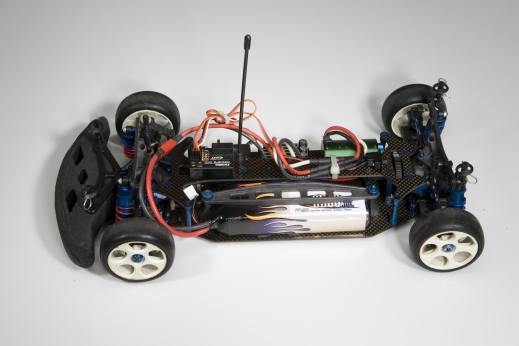 The 9000kV motor is powerful and requires an equally beefy speed control to power it. I went with the Castle Creations Mamba Max. I hooked up the speed control to my Castle Link software to dial it in. I disabled reverse and set the low- voltage cutoff to 2 cells. All other settings I left at default. 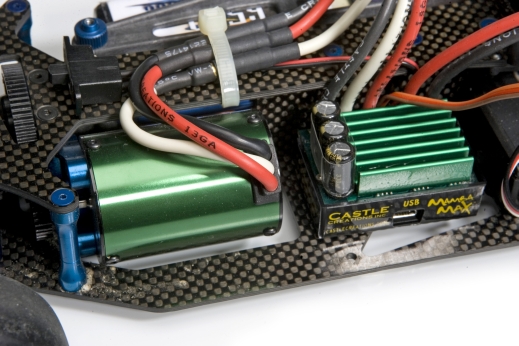 I chose a MaxAmps.com 6500 30C pack battery to power this setup. It has more than enough capacity to run this car for plenty of passes and is capable of putting out a continuous 195 amps—more than what the Mamba Max or 9000kV motor can even pull. The LiPo fit perfectly in the tray and was lightweight; I chose not to go the 8-cell NiMH route, as the added weight wouldn’t be worth the added voltage, plus I would have to modify the battery tray. 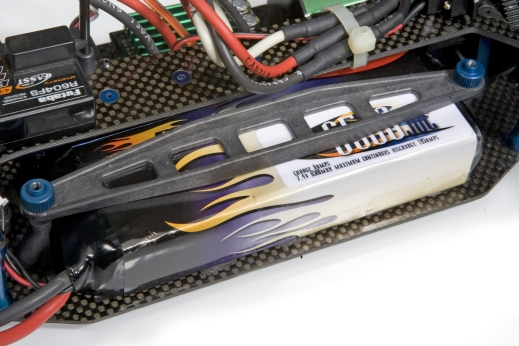 I planned on hitting some high speeds with this car and wanted the steering to be precise. I went with the Futaba BLS 451 servo. It features a brushless motor and has a speed rating of 0.10 seconds at 6 volts. It also has more than enough torque for a touring car: 147 oz.-in. at 6V. It’s a super smooth servo and very precise. After centering it, I dialed down the EPAs to 70 percent. I also wanted incredible range and reliability as I would test this car at extreme speeds, and it would take quite some room to hit those speeds. I chose the Futaba 4PK computer radio system. It’s a 2.4GHz unit that features the Futaba FASST technology for extra reliability. Being a high-end radio, the 4PK has all the features I need to dial in my car and give me the controllability and reliability I required. 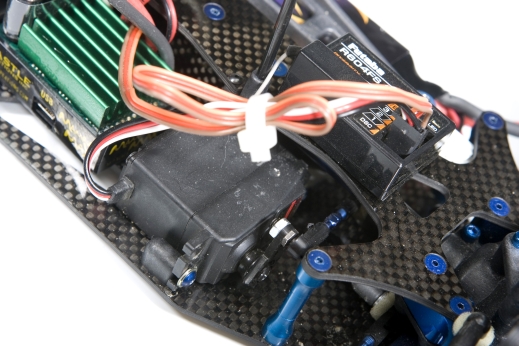 Once everything was together and ready to go, the RC Car Action team headed to an abandoned parking lot to do some radar passes with the car. First pass I just cruised slowly to make sure the trims were dialed in and the car was running smoothly. The gun clocked the car at 40mph—and I was barely on the throttle. After I had adjusted the trims slightly, I pegged the throttle. The car took off like a rocket but still was manageable to control. The radar gun clocked the first pass at 66mph. I was very impressed. There was no cogging at start, and the motor was cold to the touch after one run. I made more passes and was able to get 67mph out of the motor. I probably made about 15 passes, and the motor was still cool to the touch. The motor ran great and could have been geared a lot higher. I will definitely gear up and revisit this motor; I think I could easily have hit 75 or 80mph, as long as I kept the car on the ground. The 9000kV motor from Castle Creations is just plain awesome and capable of some serious speed. I highly recommend it all you speed freaks out there.