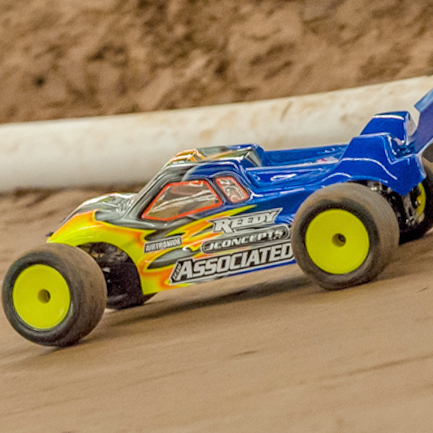 Short-course trucks have enjoyed great popularity over the past few years, but many feel that could be changing.  With many modern tracks seeing higher and higher grip, driving a short-course truck with their inherent characteristic of rolling and swaying makes them hard to drive when there is already an abundance of traction. In response, drivers and manufacturers are responding and it seems the old stadium truck class could be making a bit of a comeback. At the Cactus Classic it seems the stadium truck classes are seeing more participation than what we’ve been seeing and with the introduction of the new Team Associated T5M, the new TLR 22T 2.0 and other trucks, maybe there is some validity in this growing trend. I even saw some of the visiting European drivers like Serpent’s Jorn Neumann driving a stadium truck- unusual considering stadium trucks are pretty much non-existent outside of North America. 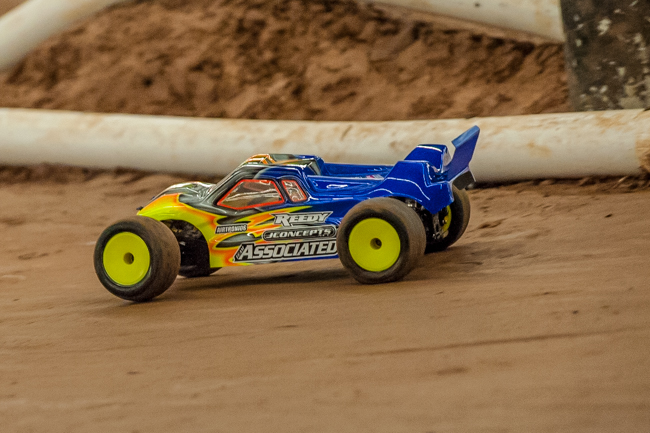 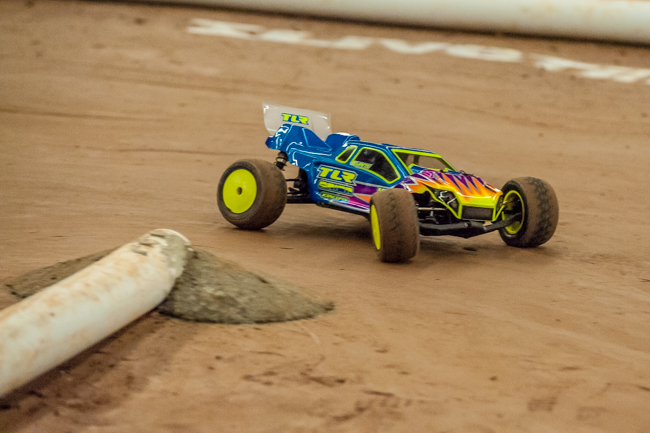 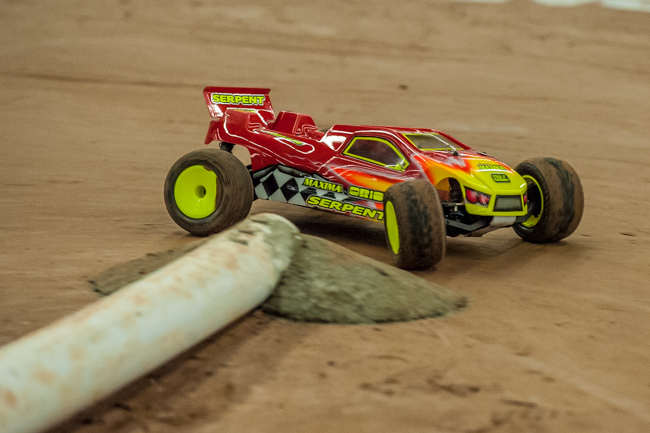 Serpent’s Jorn Neumann was driving a one-off prototype stadium truck. No word on if it will be developed in to a production version, but it would probably be a good bet. 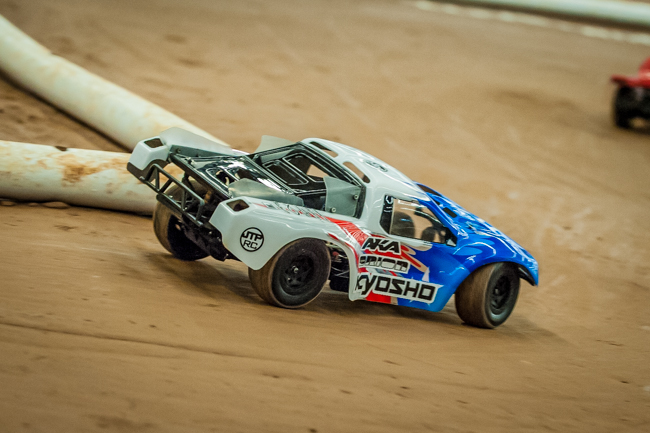 Short-course trucks can be a real handful to drive when the traction is high. Factory drivers like Kyosho’s Jared Tebo must make big set-up changes and adjust their style of driving to keep the big trucks from flipping on the high-bite surface.