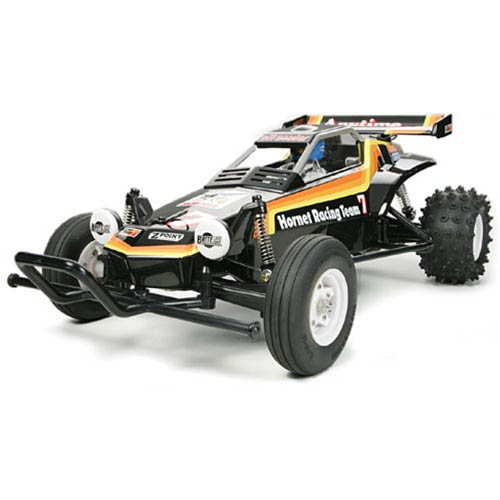 As I was flipping through the most recent issue of the magazine, I came across the latest Backyard Basher column by Eric J. Miller.  In the writeup he talks about all the do’s and don’t’s of buying a used RC vehicle, which of course caused me to go out and immediately place bids on used cars and trucks I did not need.  As far as I see it, Eric owes me for those auctions I won – it was his fault for bringing up the subject in the first place.  Eric’s transgressions aside, this got me thinking more about the overall process of buying used RC vehicles.  It is very easy to talk yourself into something you think is a good deal, and once that urge to bid kicks in there isn’t much you can do to avoid disaster.

You see, many used RC auctions out there are for “package” type deals that include lots of additional parts and support gear that the owner invested in.  Naturally, the price for these auctions includes all those extra goodies, often with phrases like “worth over $X in the store, but I’m selling it for half that!”  Do not allow yourself to be lured in.  The real trick is to ask yourself what you’d actually have bought yourself had you originally owned the vehicle.  Would you really have sprung $75 for a set of purple anodized aluminum A-arms?  Or how about that mid-range beat up battery charger they’re “throwing in” for only $50?  If you already have a charger, what are you doing buying another one?  It’s nothing but dead weight being added to the overall price of that vehicle you’re interested in.  Don’t forget about the inevitably abused (and often worthless) batteries and receiver packs that have been rolled into the price, not to mention a redundant radio system you will probably never use.  You must very carefully consider the actual price you are willing to pay for things you want and proceed your bidding from there.  Don’t pay for extra fluff just for the sake of bidding on a vehicle you like.

Let’s look at an example.  Just poking around a few different auction sites, I came across a moderately beat up electric 2wd Traxxas Slash being sold for $400.  Included in the price is a battery, charger, and “some extra stuff” (no, I didn’t make that up – it’s in the description) that was all apparently worth $550 in the store at one point.  Wow, sounds like a great deal right?  Think again.  You can buy a brand new version of that same exact truck from several different hobby stores and online retailers for about $230.  If I were bidding on that used truck, my max offer would be maybe $175.  All I’m really interested in is the truck itself and perhaps the batteries, and I’m going to give myself a healthy discount because everything is well used.  If I don’t win the auction, that’s fine – there will be plenty more rides to choose from elsewhere.

Now, I don’t mean to come across as negative on the buying and selling of used RCs.  I’m a big fan of the process myself, but more than anything I hate to see my fellow hobbyists get ripped off.  Only pay for what you’re willing to spend, and don’t forget to include shipping in the price you are willing to pay.  A “good” deal can turn bad quickly once you realize you agreed to pay $75 for shipping and handling.  Oops.

Remember: Shop smart, be patient, and have fun!