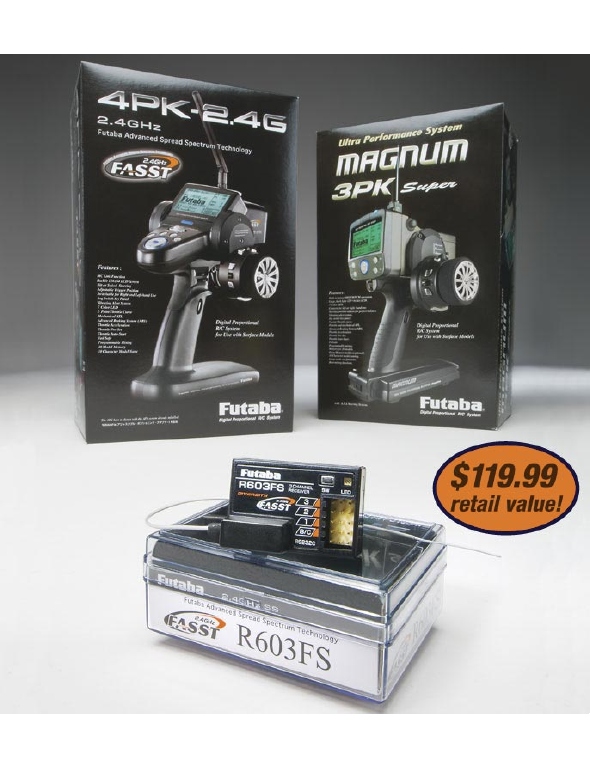 The virtually interference-free operation of Futaba FASST air systems has made them especially popular for use at flying events and crowded fields. Get your 7C, 8FG, 10C, 12FG, 12Z, or 14MZ system now, and in addition to the receiver already included, you’ll also receive a second — the R617FS 7-channel receiver — at no charge. It’s a $124.99 retail value — and an ideal way to spread the FASST advantage throughout your fleet.

Futaba FASST technology has proven its superior surface performance as well, racking up countless championship wins for racers on wheels and over water. When you buy a 3PK or 4PK surface system, along with the included receiver you’ll also take home a free R603FS 3-channel receiver…a $119.99 retail value, free!

When you purchase your FASST system, you’ll be given your free receiver on the spot — there’s no form to fill out and nothing to send in. But hurry: this offer lasts only through July 31, 2010, at participating dealers!