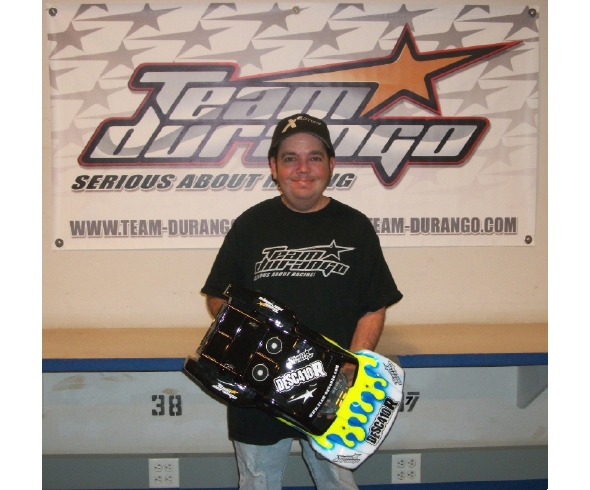 For the last month, two-time World Champion Brian Kinwald, has been testing the Team Durango DESC410R. We asked Brian how he felt the testing had gone. He had this to say, “After driving a few different 4wd Short Course trucks I can honestly say that the Team Durango DESC410R feels like you’re cheating! When you’re out on the track it has more steering and superior suspension capabilities over any other truck by far!!!

I won’t name names, but many top drivers have seen it run and they all say the same thing, ”That’s not even fair”. I have only run it for a few weeks and already I’m in love …”

Thanks to Brian’s work, we are getting close to announcing the final launch date of this exciting new car. It’s great having a racer of Brian’s quality driving for us and we are confident that with his help, the DESC410R will be THE Short Course car to beat in 2011.