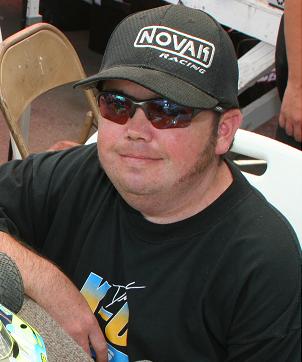 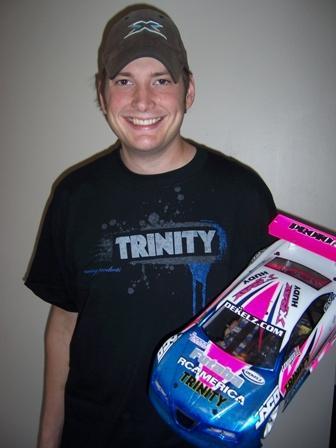 Trinity just dropped a huge bombshell by announcing the return of on-road pro Paul Lemieux, horsepower guru Jim Dieter, and the legendary Dirtinator, Brian Kinwald. Brian made his name as one of off-road racing’s all-time greatest drivers while Trinity powered, and his return marks a highly anticipated comeback for the superstar. With multiple national wins, a World Championship title and five consecutive “Readers’ Choice Awards” for favorite driver, Brian is the man to watch in off-road for 2008. Teammate Paul Lemieux, considered by many to be the best on-road racer in the world, brings the heat with a long string of victories that includes the Novak Champs, ROAR Nats, Snowbirds, and the International Indoor Champs. Both drivers will benefit from the inestimable skills and experience of veteran motor man Jim Dieter, who has tuned the winning motors of too many drivers to count and helped develop some of Trinityâs most popular powerplants.