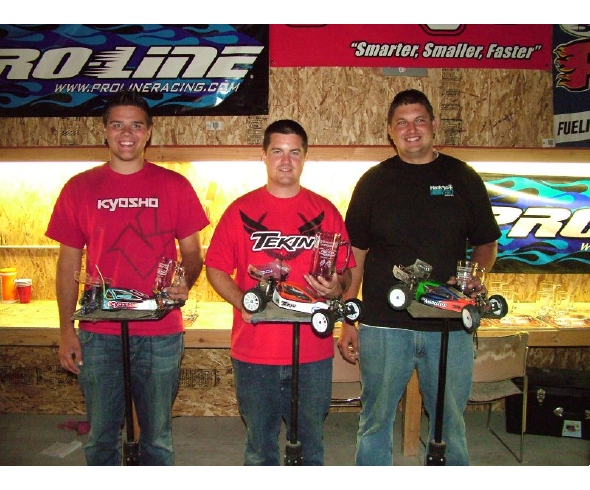 The Munn brothers dominate the NCT series. Brian Munn locked up the Mod Truck class in round 4 held in Lewiston Idaho. Jesse Munn locked up the 2wd Mod buggy class in Rd 5 held Pasco Washington last weekend. Jesse’s cousing Brian Munn was in contention up until the 5th and final round of this 5 series best of 4 race format. The two Munn’s battled it out with a few key mistakes by Brian allowing Jesse to take the overalll NCT series Championship. Brian was determined to win yet another class, 1/8 E buggy. Brian would again have a bit of a rough time in qualifying breaking out in rounds 1 and 3. Brian’s Tq’d round 2 though and was clearly in a class of his own beating the previous Tq by nearly 15 seconds! Brian would would go out and win the main in dominating fashion securing his 2nd NCT Championship! Congratulations guys! 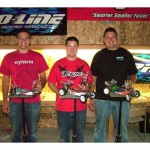 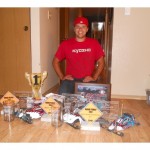 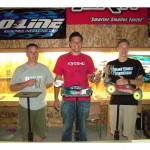