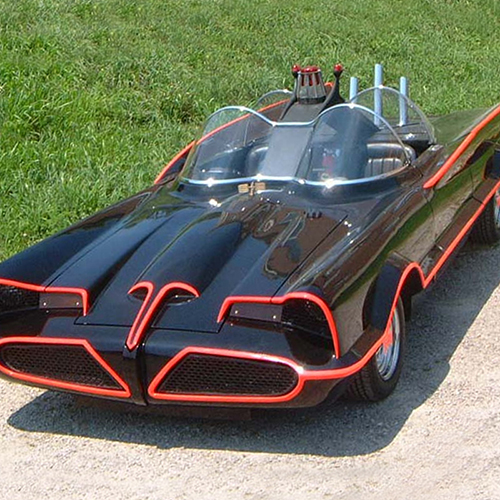 There’s no shortage of four-wheeled subjects in RC, covering everything from classic road cars and racers to realistic off-roaders and rides that exist only in engineer’s fantasies. And yet, we can all easily name personal faves we wished would be released in Lexan. With that in mind, we’ve selected five machines that are ripe for radio control. What would you add to the list? High-Performance UTV
This one’s a Polaris RZR XP 1000, but we’d settle for anything styled like this. These miniature off road machines are capable of some pretty crazy stuff, and would be a blast to see in RC.
Who should build it? Slam dunk for Axial. Tool up a UTV body for the Yeti and call it a day. If people like ’em, build a Yeti XL version. Based on the size of the “real thing,” the RC versions would scale out to about 1/6 and 1/4 scale!
Photo: Polaris.com Shelby Cobra
Truly the stuff of legends, the Shelby Cobra has been previously modeled in RC by Kyosho circa 1996 and can also be found in big-bucks quarter-scale (complete with functional V8 power, if you want to go all out). There are RC toys out there, but currently no mainstream, hobby-grade RC models to be found.
Who should build it? Vaterra has been doing a great job with vintage scale subjects lately, including the ’67 Ford Mustang, ’69 Corvette and ’69 Camaro. The V100 chassis is rugged and affordable, which is good because licensing the Cobra name and design would drive up the price of the car.
Photo: exporg.com DeltaWing
Easily the most fascinating modern race car design, the DeltaWing was originally a proposal for an IndyCar series and went on to race in the 24 Hours of LeMans. Why should it be RC? Because just look at it.
Who should build it? Traxxas please. Base it on a reconfigured X-01 with all its 100+mph technology intact.
Photo: grandprixgames.org 1966 Batmobile
We’d also take a 1989 Burtonmobile and the latest Tumbler take on the Caped Crusader’s signature wheels, but if we have to choose just one it’s got to be the George Barris original.
Who should build it? Any brand that offers a 1/10 touring chassis and can afford to buck up for the Bat-license from Warner Bros. and DC comics, which would not be cheap.
Photo: cardesignfetish.com Gurney Eagle Mk1
We’d love to see any of the 60’s-era, no-aero F1 and Indy cars offered as RC models, but our top pick is Dan Gurney’s 1966 masterpiece. Well regarded as one of if not the most beautiful open-wheelers ever built, this is a car we’d love to see executed in exacting detail with lots of real metal.
Who should build it? Tamiya, we’re looking at you. No one does scale and open-wheel cars like Tamiya, and as their mucho-metal re-release models have proven, Tamiya is capable of casting the pretty alloy parts that would really bring an Eagle model to life.
Photo: inmygarage.com

Not cars, but we’re on a roll… Can-Am Spyder
RC motorcycles are fun, but not exactly precise when it comes to handling. Also, they fall over when you stop. Can-Am’s trike-thing could be an interesting RC model that scratches the bike-itch, while offering a car-like driving experience. Make it complete with a rider who moves his arms with the handlebar.
Who should build it? Any brand that wants to, but we doubt there would be any takers–too niche.
Photo: ridermagazine.com SnoCross Snowmobile
There are toy-grade snow machines out there, and the ArtAttack kit snowmobile is still offered, but what we’d like to see is a long-travel sled capable of high-flying SnoCross action, offered by a manufacturer with the horsepower to fully support snowmobiles as an RC category.
Who should build it? We like Traxxas for this, since they have been a SnoCross sponsor and aren’t afraid to build unconventional models. Odds are slim that Big T or any of RC’s other big brands would go after snowmobiles though–you need snow, which would make snowmobiles seasonal and regional sellers. That’s not a recipe for the kind of sales that make it worthwhile to tool up for a vehicle that would no doubt be 99% new parts.
Photo: galleryhip.com