Countless tests of various models of marker pens have led us to select the one that is particularly suitable for the creation of liveries on bodies for RC models; the tip with hardness F and the permanent black ink make our marker the first necessary tool in the creation of graphics for your body shells.

Fundamentally characteristic is the resistance of the ink to the sweat of the fingers while drawing the graphics, this is a very important aspect as there is no risk that the lines of the drawing just traced are erased while moving the body shell between the hands; further ‘pro’ is the quality of the tip whose width remains the same throughout the life of the marker, thus preventing the line from getting too wide as it is used.

Another very appreciable aspect is given by the fact that placing the tip on the film of the bodywork the ink stroke always “starts” immediately at the first try and therefore does not force you to waste time each time trying to start the stroke (as often happens, instead, with other markers).

#BDMP-0622 – €2.10
Bittydesign is distributed in the US by AMain Hobbies.
Visit Bittydesign.net
See more posts about Bittydesign 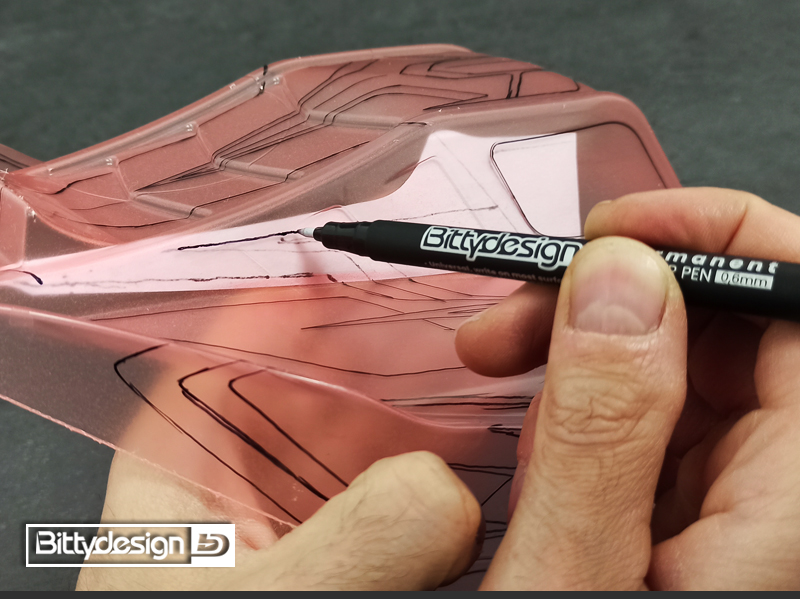 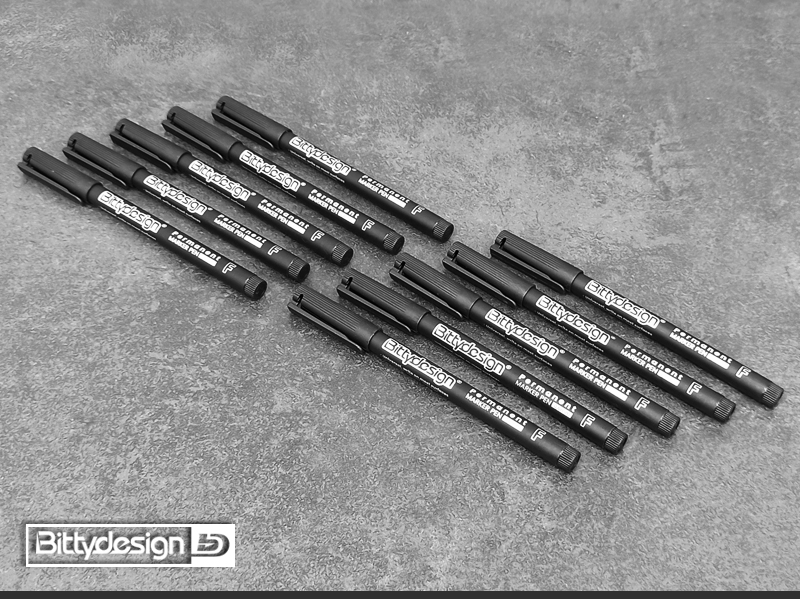 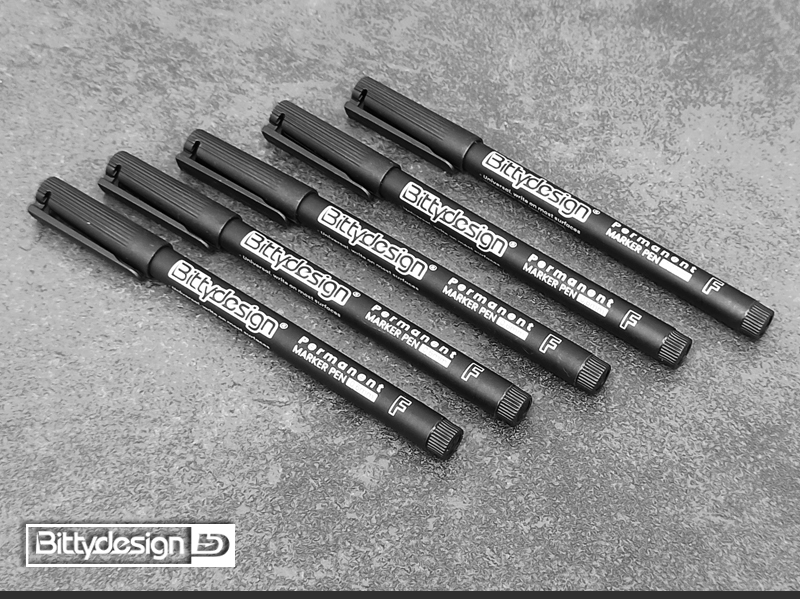 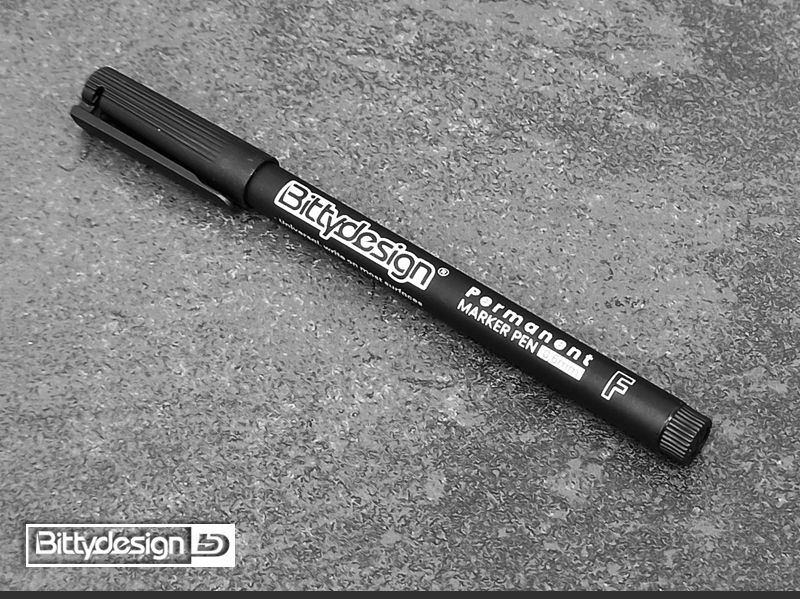