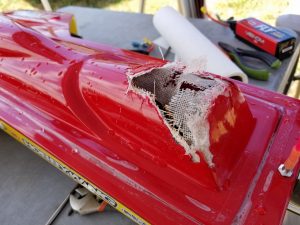 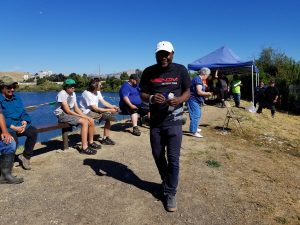 Bill “Hollywood” Oxidean takes 1st place once again with a new boat in its first race!

The class Bill took first in was the P-Open offshore class. That consists of any style of hull besides a hydro on an “M” or “Kidney” shaped course.

These courses require a driver to turn both left and right, while they are timed at either 2 or 4 minute intervals. This can be tricky as only 10,000mah or less are allowed. One’s boat must be set up to handle the heat without burning up a motor or ESC or both!

In the PLTD offshore class, Bill had a strong lead, but a freak accident sent his boat crashing into a retreive boat! Bill’s boat had a cracked hull, broken rudder, detached steering, bent driveshaft, as well as many other hurt parts. Bill was able to get the boat back together to win his final heat! Check out the video below!

Open offshore went well for Bill too as he won 3 out of 4 heats rendering him the first place winner! In the PLTD Sport Hydro class, Bill was involved in a Serious wreck that busted his hatch open. The gentleman who hit his boat was gracious enough to give Bill a replacement hatch right off his own boat!

“1st place Billy Oxidean!!! I set that boat in the water and she won first time out! No changes!!

It was a tough race, we had a couple of freak accidents but still brought it home for the sponsors, the fame, the name, the rep, and ALL that. For the rent, the bills, and my pretty Cadillac! Venom has been there for me! Thanks Sanwa, Boca Bearings, A Main Hobbies, Tenahock, Amsoil and last but not least HOBBYWING!!!

A few guys got soaked because it was their first win in a particular class. Roger Hooks Sr. donated me a little rigger he found tips up in the lake! Special thanks to Jesse Alvitre, Model Mariners and all of District 9 who helped put on and participate in such a lovely race! Weather was great, moderate winds, 79 degree weather and Fast race water!

These Venom batteries keep blasting me off into the wild blue yonder!” 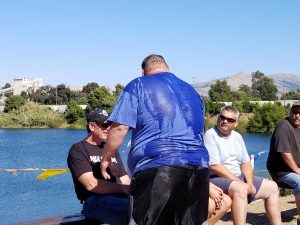 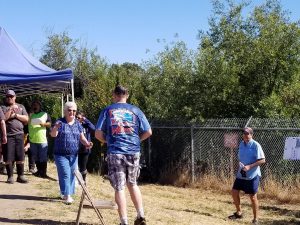