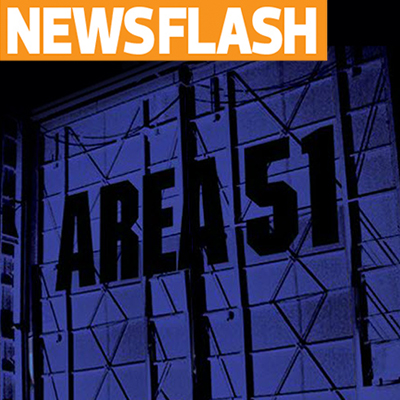 An animated banner near the top of Team Associated’s website appeared this morning, scrolling the vague headline “Making the best better.” The animation shows what looks like the inside of a warehouse building labeled “Area 51,” which is what Team Associated calls its Research and Development team at AE headquarters. What could they be hiding? 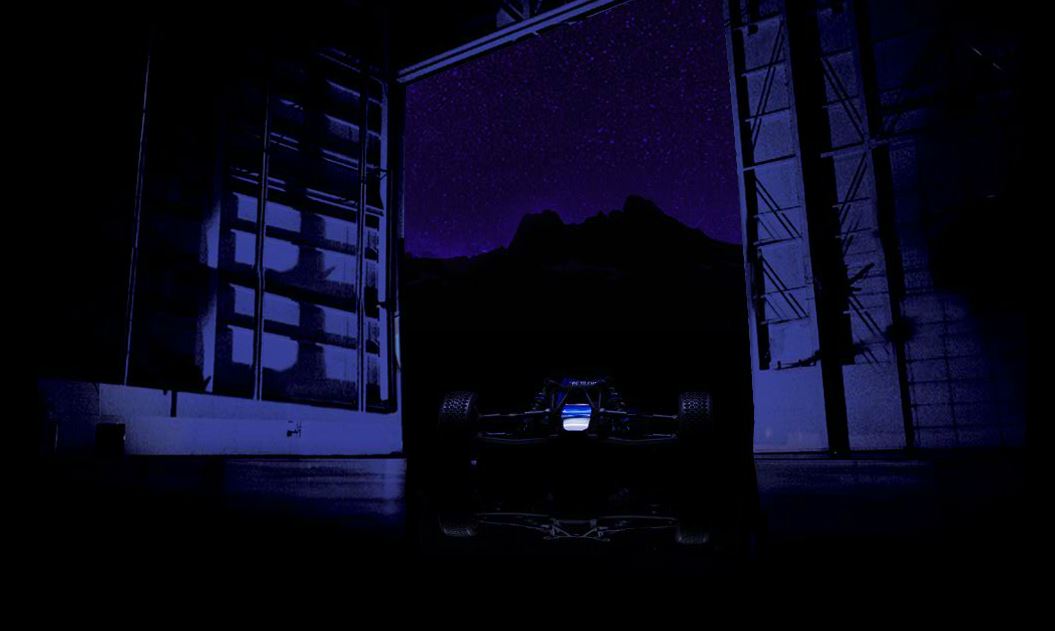 When referring to “the best,” it’s easy to assume that they’re referring to the B4 buggy. Though the original B4 was released all the way back in 2003 it received several updates throughout the past decade, going on an unprecedented run of five straight IFMAR World Championships to top off the most decorated resume for any single racing platform in history. The car’s track record is even more impressive considering the radical transformation of other equipment in racing over that time, with the move to brushless motors and LiPo batteries as well as the radical improvement of tires and inserts. Team Associated’s main competition all updated their buggies throughout the B4’s reign, but the B4 kept winning. Rumors of its replacement swirled about for several years, but nothing ever came of it.

The world of 2WD buggy competition underwent its first major revolution in nearly two decades when, at the start of the 2013 season, many of the top teams started favoring the mid-motor configuration to cope with the increasing grip levels on sugared off-road tracks seen at major races around the world. Mid-motor cars had grown in popularity on carpet and astroturf tracks in Europe, leading companies such as TLR and Kyosho to build the option of mid-motor configuration into their latest kits. Because the option was not possible on the molded B4 chassis (by now updated to B4.1 specs), Team Associated’s British distributor CML developed the Centro C4.1 conversion kit that used a narrow aluminum chassis to rotate the motor and transmission in front of the rear shock tower. The B4 and Centro platform were both soon updated to the B4.2 (and C4.2) specs, and after Team Associated struggled (relative to their long streak of success) at the Cactus Classic, which was dominated by mid-motor cars, the AE team began relying heavily on the Centro buggy. Again, rumors of the B4’s eventual replacement began to surface.

In fall of 2013, those rumors were kicked into overdrive when a sharp-eyed forum user spied this list of part numbers in early versions of the instruction manual for the  TC6.2: 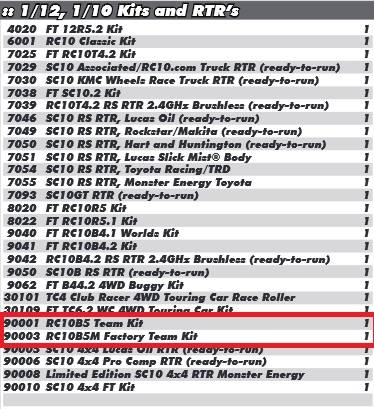 The online manual was removed from Team Associated’s website shortly after the image blew up across the Internet and was replaced with a version that no longer contained the two lines, but whether by accidental oversight or a bit of brilliant marketing those rumors have dominated much of this offseason. It’s still unclear whether or not the above indicates that there will be separate rear- and mid-motor versions, as many racers believe there are optimal conditions for both platforms, but it’s worth noting that there haven’t been separate “Team” and “Factory Team” kits for the last few kit iterations that AE has released for any class.

At least one track owner in Southern California confirmed, under the condition of anonymity, that Team Associated’s top guns and engineers have used his facility during non-business hours but would not let him near the pit or track. Given the timing of this “announcement” from Team Associated, that the car will surely miss the holiday season, we can assume we’ll probably learn more about it leading up to the Reedy International Race of Champions where Team Associated star Ryan Cavalieri will be looking to defend his Invitiational class title (Be sure to catch our event coverage here at RCCarAction.com)!

Though we have no official information on the alleged B5, here’s what I think:

It will have an aluminum chassis.
All of the other cars in the 2WD buggy class have gone back to aluminum chassis, something we hadn’t seen since the release of the RC10B2(!) back in 1995. Thanks to LiPo batteries (especially in “shorty” configuration) cars today can be built lighter than ever, which eliminates the need to save weight a composite chassis, and keeping that weight centered and positioned down low with a narrow aluminum chassis simply makes engineering sense. The car will be easily adaptable for both shorty and saddle packs, and the electronics will be mounted down the center of the car.

It will have gull wing front suspension arms.
This is an easy one – you can see a bend in the front arms of the silhouetted buggy pictured on the teaser. Though Associated has used gull wing rear arms on several kits, they first used them on the front of the SC10B in an effort to modify the front shock tower for a more scale appearance but quickly adapted the arm and shock tower combo onto the T4 and SC10 trucks. AE team drivers have praised the on-track behavior of the gull wing front arms, saying that they change the trucks’ cornering performance and open up new adjustment possibilities.

Big bore shocks.
Like the gull wing front arms, this one is a no-brainer. The added consistency and adjustment resolution of big bore shocks have made them standard equipment on new race cars and Team Associated’s dampers are some of the best. It’s realistic to think that the shocks used on the B4.2 will carry over to the B5, as there shouldn’t be a need for shocks with radically different lengths.

Rear- and mid-motor choice.
That screenshot of the TC6.2 manual indicates that there may be two different kits entirely, but I have a hunch that it won’t take much to switch the platform from one configuration to the other. The difference in driving style between rear- and mid-motor cars is wide enough that a platform dedicated to one over the other could risk alienating some racers who struggle to adapt, and the belief that rear-motor cars work better in certain conditions will be tough to break.

While we don’t know much about the B5, other than the fact that it exists, we’ll report any new news as soon as it hits our desks! Don’t miss our coverage of the upcoming Reedy International Race of Champions, which begins on January 23 at OCRC in Huntington Beach, CA!