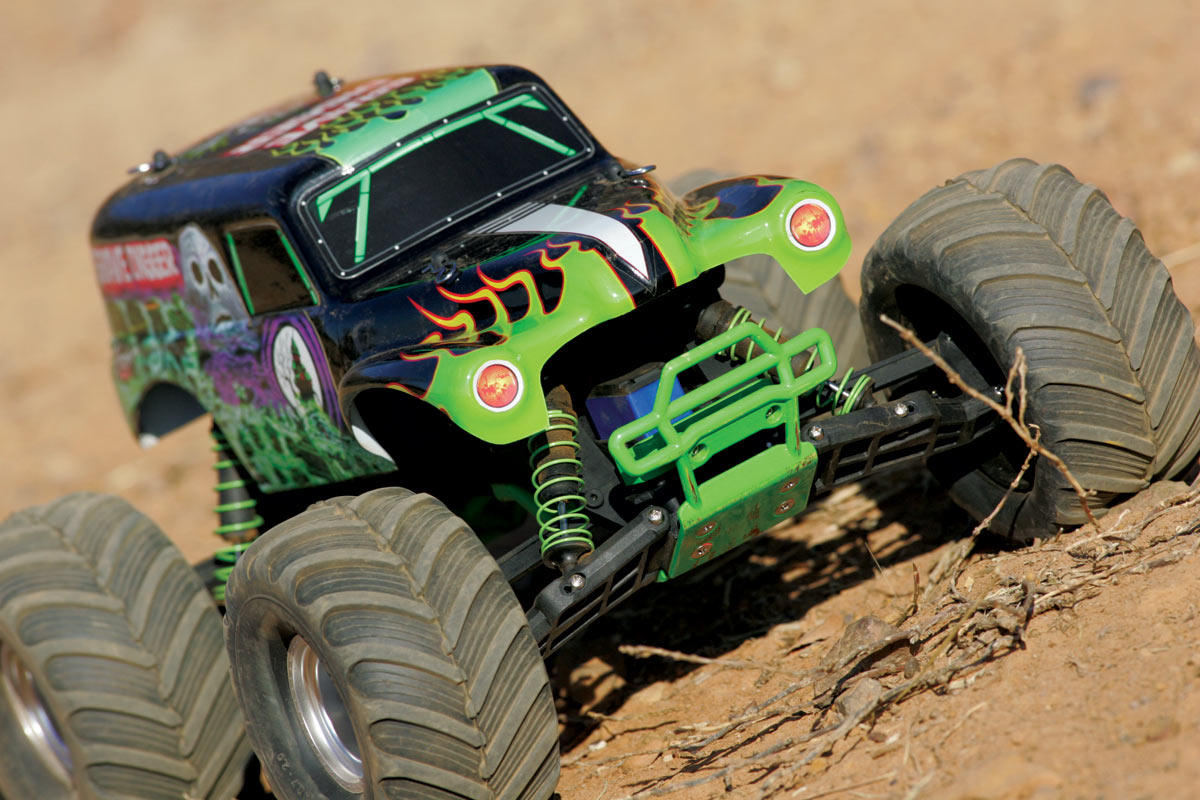 If you wanted to (and many do), you could lump all RC’ers into one of two groups–those who race and those who don’t.

I am a racer. Well, by definition, I’m a racer. I don’t race every weekend, but I do race. Some years I race a lot and some years it seems like I only get to the track a few times. I’ve also been racing for a long time, and while I am hardly known for my winning ways, I do a pretty good job of keeping it off the pipes and I almost always finish in the A-main. I even get my fair share of podium finishes and wins with an attic full of bowling trophies to prove it. I am a racer.

I am a basher. I mean I am also a basher. I love to bash, and by bash, I mean having fun running an RC car or truck–no racing involved. Or maybe racing is involved. As in racing down a street against a  buddy or around a call-it-out-as-you-go backyard “track.” No transponders, no corner marshaling, no actual track barriers, etc involved. “I’ll race you to that tree and back. Go!” I’m that guy. I am a basher.

What I don’t understand is how people see themselves as strictly only one or another. I spoke with a self proclaimed racer the other day who claimed to not only not get bashing but also claimed he had never bashed. Really? You never just ran an RC car for the fun of it? Again and as he put it, he just didn’t get it. To tell you the truth, I didn’t get it. To me, that is like saying you ski, but only in a race and that you just couldn’t wrap your head going down a slope for fun.

Most bashers I know don’t have an opinion of racing other than it’s something that’s not for them. On the other hand, far too many racers I know have a negative opinion of bashing. They look down on it. Guess what? Either way you’re just playing with a toy car. Let me put it this way. If I push my son’s Tonka truck around a dirt pile, I’m playing. If I take that Tonka truck to a big purpose-built sandbox at an official playground, I’m still playing–even if I pay $20 and 30 or 40 other guys show up with toy trucks.

So, are you a racer or basher or both? Do you think one is better than the other? Let’s hear from you!

If you liked this article, you’ll also like this one on bashing.