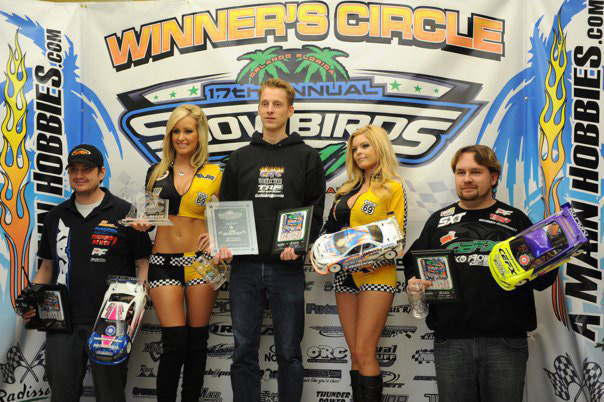 In qualifying it was Paul Lemieux who set early TQ but was bettered by Jilles in the very last round on Saturday. His new 417 equiped with the latest Orion Vortex modified motor was fast whole weekend and with some latest set-up changes he was unstoppeable in the last round taking TQ by 1 sec over Lemieux.

In the final Jilles was chased by Lemieux and Cyrul hard but they never got the change really to get close. All three ran a flawless race and it was Groskamp who took the win over Paul and Josh.

For Jilles this was the second time in a row taking the highly competitive TC Mod rubber title!

Jilles used the following products to win the 2011 Snowbirds: 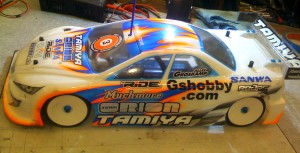