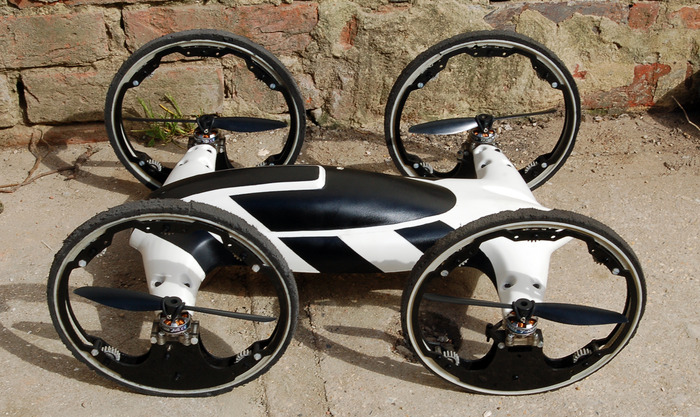 We were blown away by this video from Wito Mielnicze of his invention… the B quadcopter/car hybrid. The B features full-time 4WD via unique rim-drive wheels, each encircling a brushlless-motor-powered prop that allows full quad-copter flying capability. The carcopter is still in prototype stages (we found the B on Kickstarter), but it looks production-ready. Take a look at the video and the excerpt from Wito’s Kickstarter presentation that follows–it’s an impressive machine!

[From the Kickstarter presentation] B is a toy that provides an extraordinary experience. B is virtually unstoppable, capable of transitioning between ground and air allowing the development of tricks otherwise impossible to achieve.

Due to its large wheel diameter of 220 mm it achieves outstanding performance in difficult terrain. On flat surfaces B reaches high speeds. 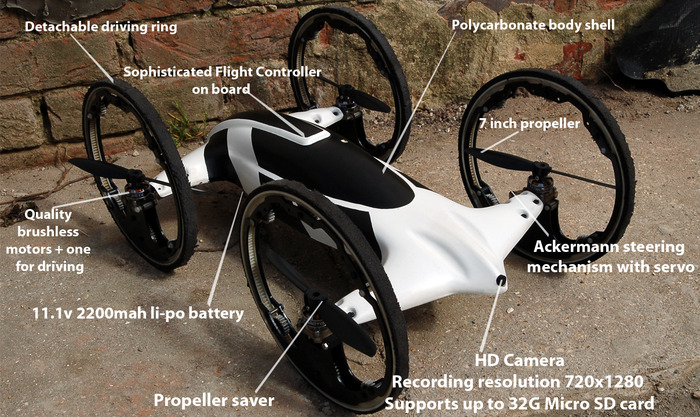 The combination of the design and material selection creates a solid construction that is capable of surviving the worst of landings. When the vehicle crashes from high altitudes, the driving rings detach from the housing and can be easily put back together. The main chassis is made out of Polycarbonate, which is the same material used in protective goggles and bullet proof windows. 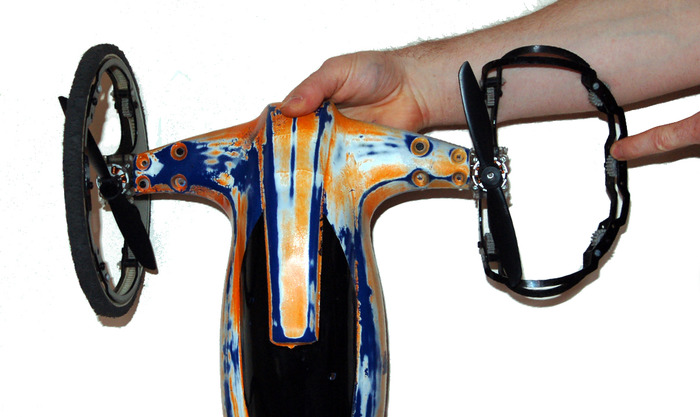 The body shell not only serves as a protective and decorative feature, it is also a structural element. The chassis when combined with the body shell not only forms a rigid and light construction that maintains its shape when flying or driving, but is also flexible enough to absorb excessive forces generated during crash landings.

Therefore, you can push B to the limits even when your skills are not at the highest level. This makes B an excellent platform for all users ranging from newcomers to experts.

The wheels naturally guard the blades around them. If an impact occurs on the side of the vehicle, the prop-saver will protect the blades.

Quality electrical components including brushless motors, lithium batteries and sophisticated a flight controller. Will provide you with performance and safety when operating.

HD camera (1280×720 px) on board will capture video footage from your exploration missions, performing acrobatic tricks or shooting yourself from the extreme perspectives. The camera supports Micro SD Cards up to 32 GB. 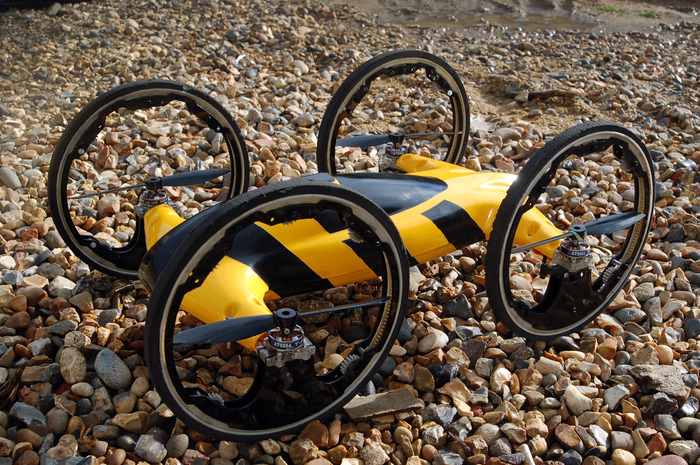 B currently is protected by patent pending. The patentable aspect of the design is called PDU (Propelling Driving Unit). The patentable mechanism can be briefly described as any part of the propeller going through the vertical plane of the driving ring (such as a wheel or a caterpillar track). B utilizes 4 wheel based PDUs, but this can vary in design such as 3, 4, 6, etc… therefore a family of similar models could be designed in the future. 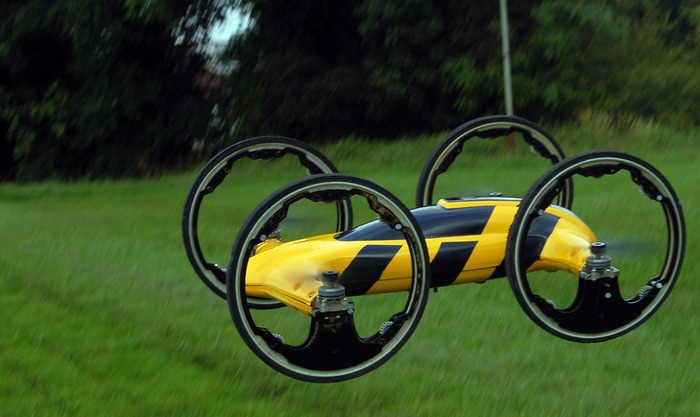 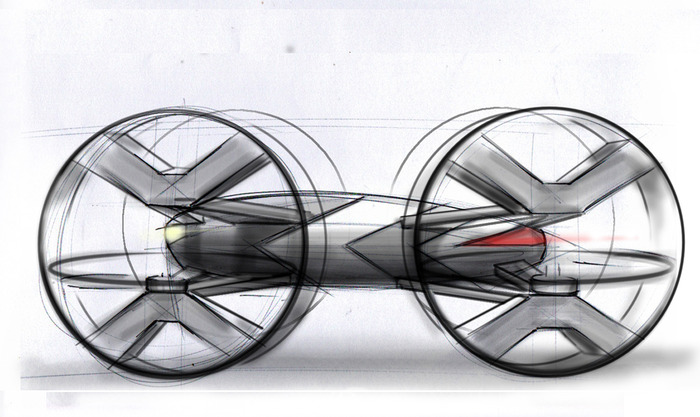 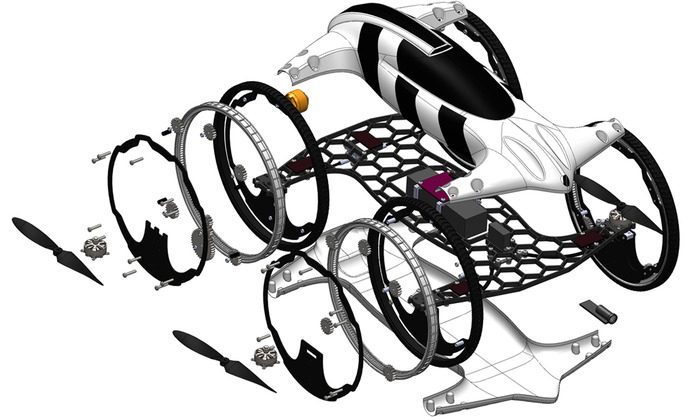