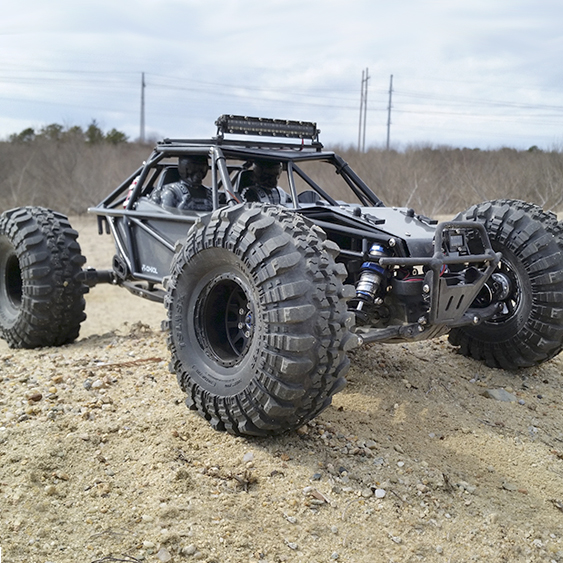 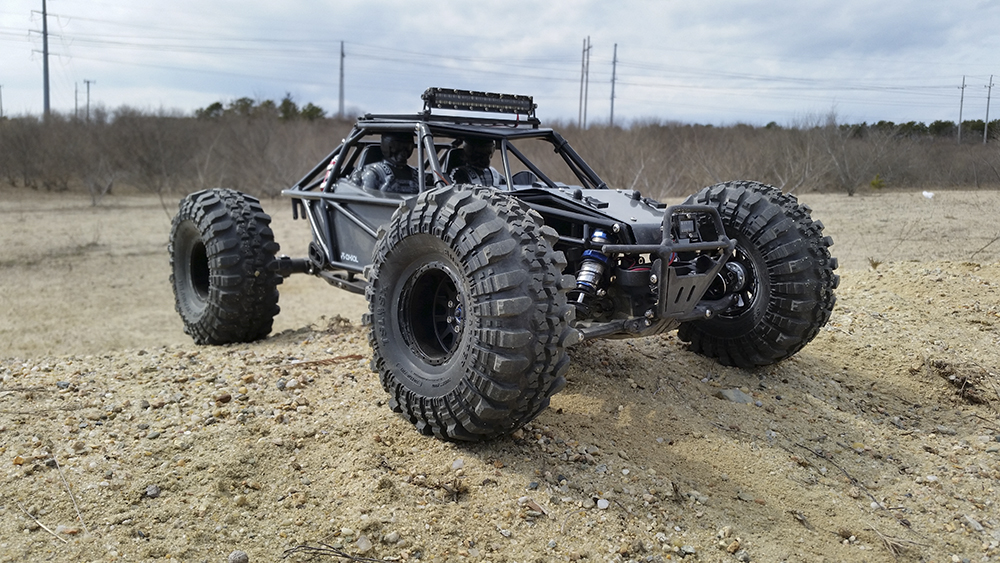 Matt bought his Axial Yeti when it first came out, but knew right away that he wanted to improve its looks and durability with some mods. First priority was the suspension. The front received a set of RPM control arms, Hot Racing C-hubs and knuckles, Pro-Line Racing Pro-Spec shocks, a Vanquish steering rack, and an Xtreme Racing carbon fiber front shock tower. The rear got Blue Monkey aluminum/titanium control arms and Axial Racing Icon aluminum shocks. It rolls on Pro-Line Interco TSL SX Super Swamper XL 2.2 tires on Gear Head aluminum rims. After the hardware had been upgraded, he was ready to address the styling. He sprayed the exo cage with Krylon Fusion Satin Black, then put in a call to Carter Fab Machine for a set of aluminum body panels for the roof, hood and sides, along with their sway bar disconnect system. Matt had his friend at Warrior Armor powder-coat the panels in gunmetal gray. Then he added a Gear Slim Roof Basket, a Pro-Line fire extinguisher and a Werty Made front bumper. He’s also got three LED kits onboard; RC4WD’s 5in. roof light bar and 1in. light bar on the front bumper, plus a Gear Head taillight assembly. He’s running the stock electronics, but he’s got plans for an SSD 2-speed transmission conversion. The idea was to have a rock racer that is equally at home backyard bashing, and looks good doing it. 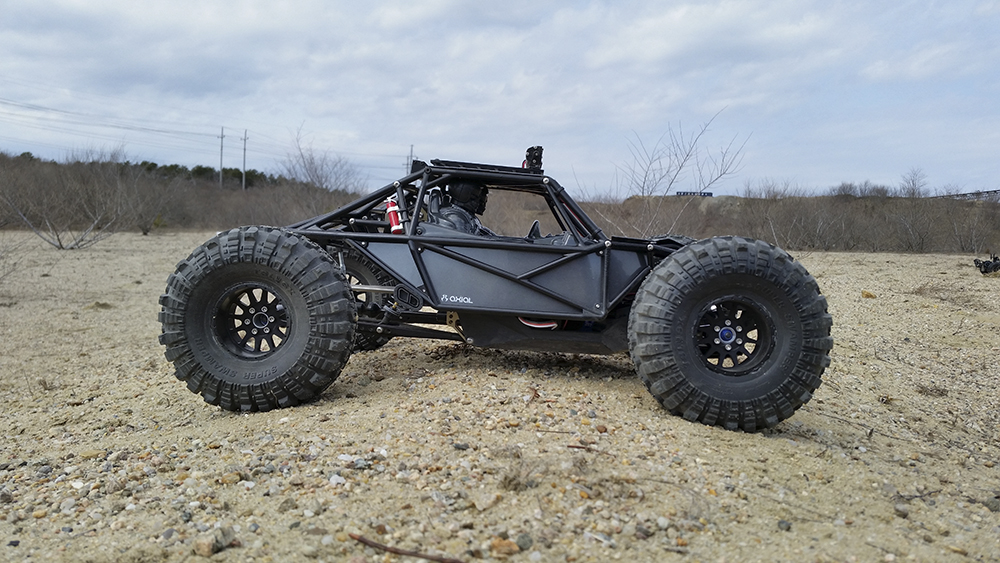 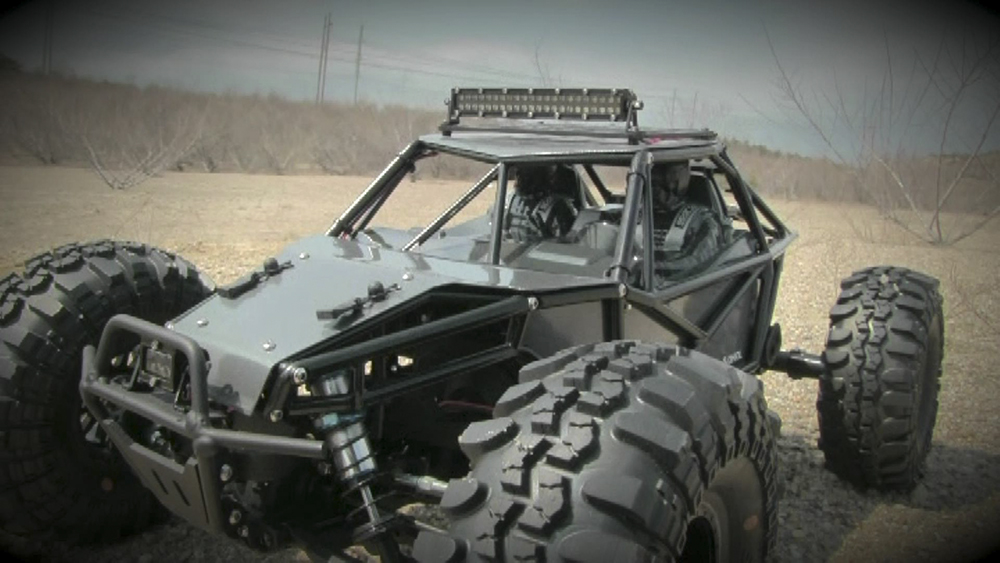 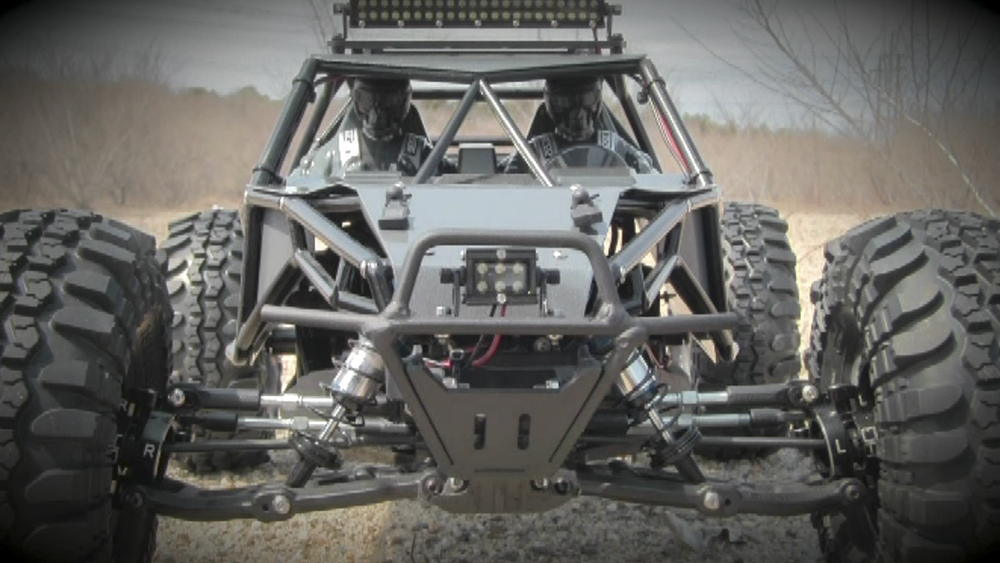