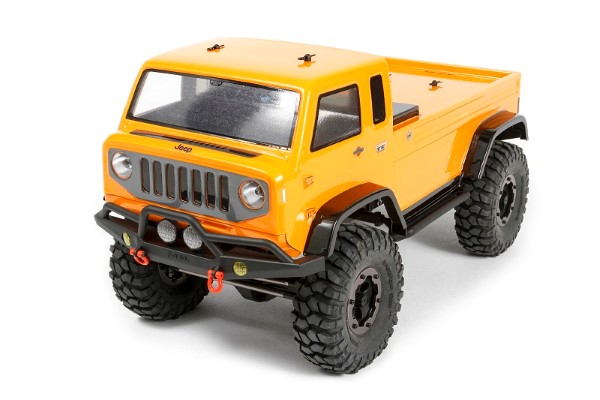 Axial’s latest body design will just be a weird-lookin’ body for some RC fans, but Jeepers will recognize the snub-nosed styling as a Forward-Control or “FC.” The classic utility platform got an official “concept” makeover back in 2012 as the “Mighty FC,” and that’s what Axial has modeled here. Definitely different! See below for full Axial hype

Be sure to check out our Hot News & New Stuff forum daily for the latest gear. 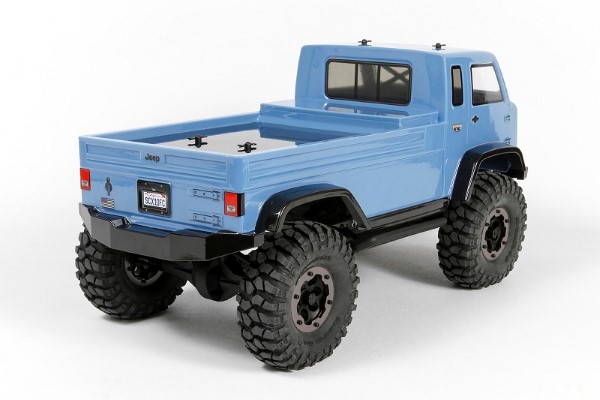 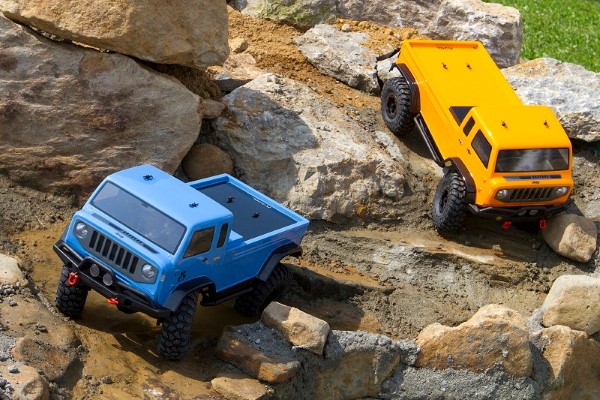 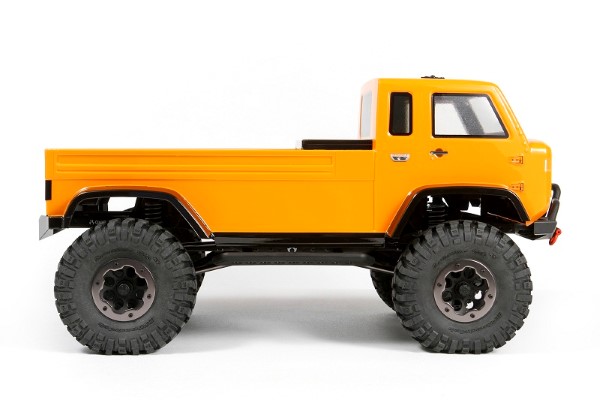 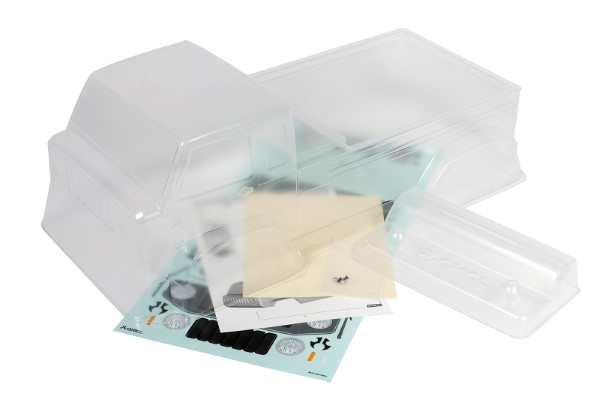 A few years back, 1956 – 1965 to be exact, the Jeep® brand created the Forward Control, which offered an ingenious solution to smaller yet capable utilitarian minded off-road vehicles. The overall length of the vehicle was kept to a minimum allowing for greater maneuverability while still maintaining a full sized cargo area for maximum utility. Just shy of a decade, production consisted of approximately 30,000 units that covered a wide gamut of configurations ranging from military, towing, civilian, hauling and farming applications. Engine choices ranged from a small 2.2L inline 4 cylinder know as the Hurricane F4-134, 3.7L inline 6 cylinder Super Hurricane and a 4.5L V8 Y-block. In present day FC’s are talked about but hardly seen due to their rarity and coveted ownership.

Knowing that background, fast-forward 47 years and give the Jeep® R&D team a crack at creating a one off concept vehicle that not only showcases the teams abilities, but also pays respect to an early classic. Deadline for the Mighty FC Concept, 46th Annual Moab Easter Jeep® Safari. Creating the Mighty FC Concept was done by taking a 2012 Wrangler Rubicon and repositioned the cabin ahead of the front axle, stretched the wheelbase and chassis, created a custom rear cargo box area along with using the roof from a Jeep® JK-8 conversion kit. Not to mention a bold custom leather interior coupled with Mopar® Front and Rear 8-lug Portal Axle kits. Parts surrounding the axles consisted of King coil-over shocks, 40” BFG tires and custom Hutchinson 17-inch beadlock wheels. Thus the Jeep® Mighty FC Concept was born and with it came a cult following like none other.

With the help of the Jeep® brand, Axial has created a stunning replica of the Jeep® Mighty FC Concept that’s scaled around 11.4” wheelbase SCX10 vehicles and compatible with the SCX10 Wheel Wells (AX31150). Wheelbase can easily shortened by using the SCX10 TR Links Set 11.4” (AX30549). Included with the body is a full decal sheet, easy to install LED light buckets, all necessary body hardware and window mask sheet. (LED lights sold separately)