Gmade is a realatively new company that has been on the scene since 2004 and in that short time they have become the go to company for many when it comes to scale crawlers. Its founder Cho Yoonho is a skilled craftsman and he used those skills to build his own crawlers before starting the company. One of them, the Silver Ghost even made its way into an issue of RC Car Action Magazine.

Fast forward to today and many things have changed but Gmade has stayed on top of trends and their latest trail truck/crawler is a great example of that. It’s called the Komodo Double Cab and it’s based on their GS02 chassis. It features a steel ladder frame chassis, chassis mounted servo, zero Ackerman steering, counter rotating drive shafts and more that will make it very capable on the trail. I’m excited to try it out! 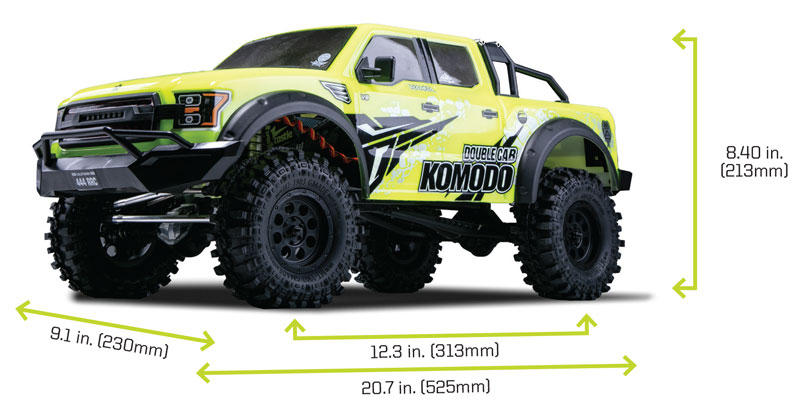 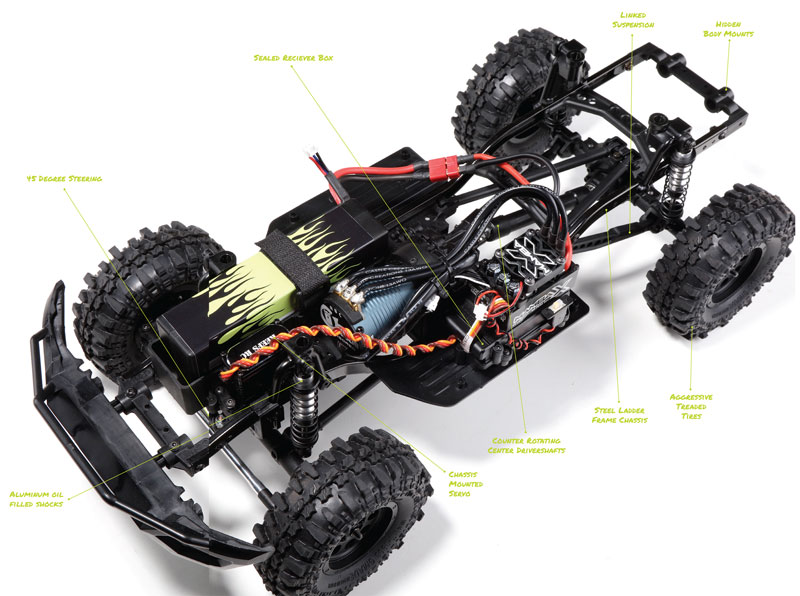 Since this version of the Komodo Double Cab is a kit, let’s talk about how it was to put together. The instruction manual is well done; the steps are very clear, easy to follow and there are plenty of notes to guide you along the way.

The fit and finish of all the parts is also top notch; no modifications were needed in order to get any of them to fit. The body that comes with the Komodo Double Cab has a great scale look to it and I really like all of the included injection molded parts that are provided to enhance its look. What’s really cool are the included light buckets that let you install LEDs. Double sided tape is used to secure them but I’m a fan of using Shoe Goo instead. 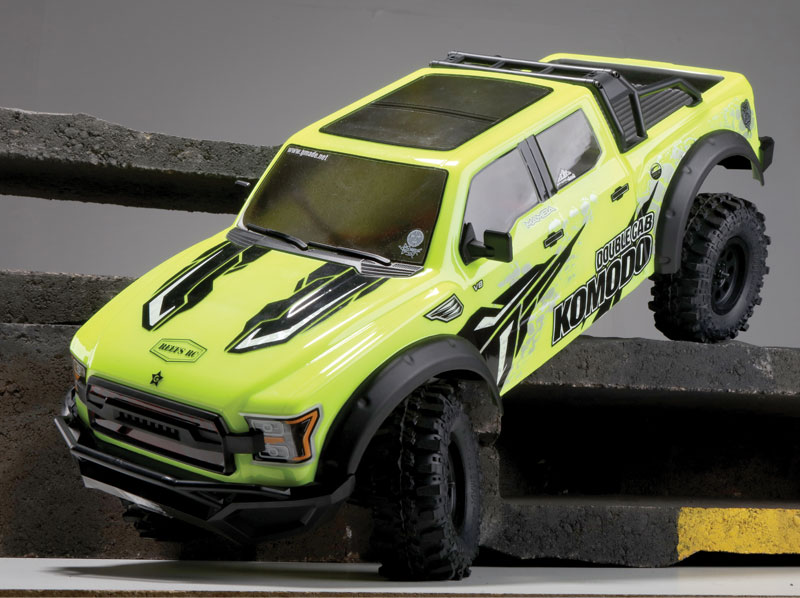 The body comes clear and it has a great look. A lot of injection molded parts help bring it to the next level. 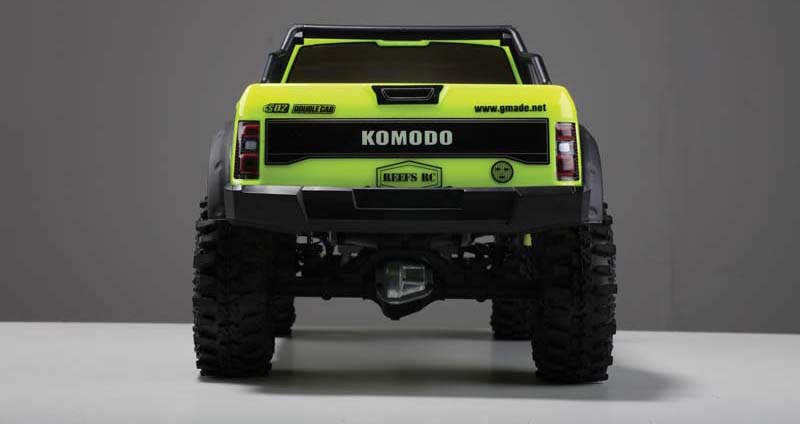 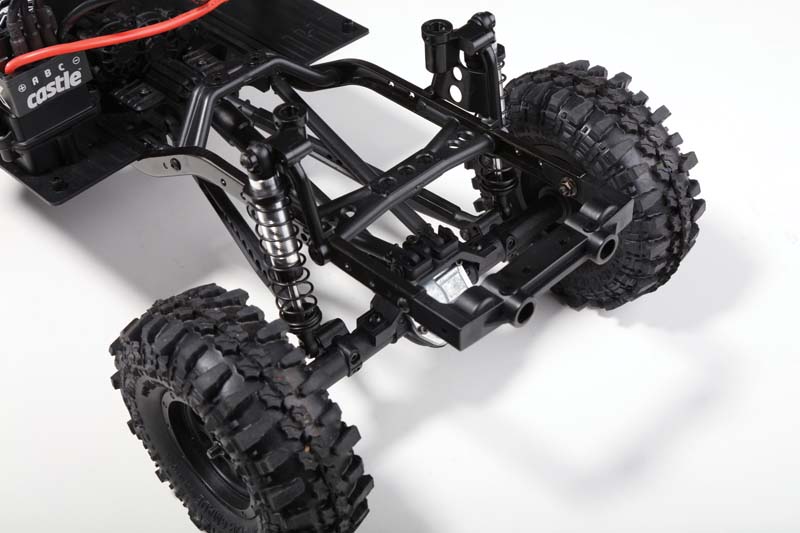 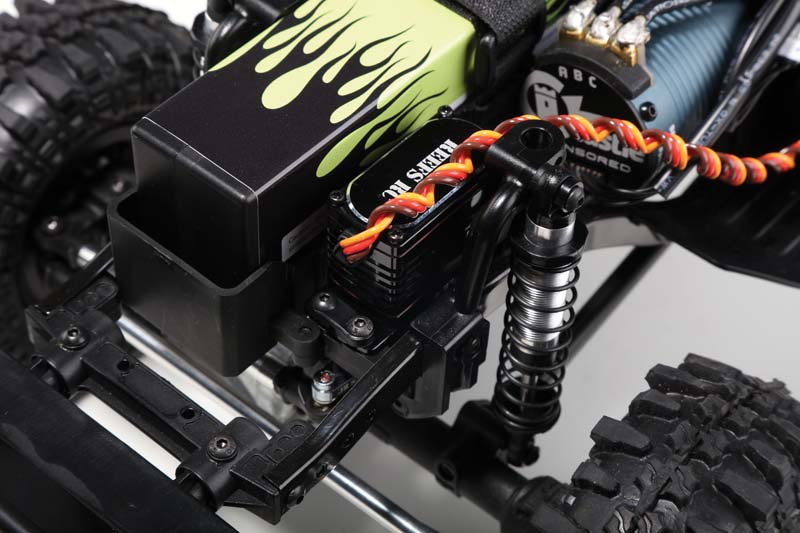 Yes, that’s a matching battery. MaxAmps custom builds batteries and can color match your battery with a custom wrap. 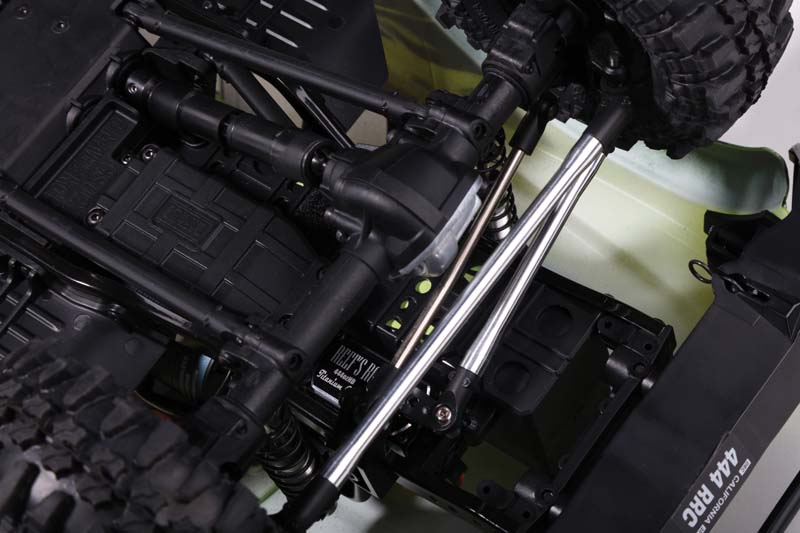 The center driveshafts are counter rotating to eliminate torque twist. The driveshafts themselves are plastic telescoping units that feature carbon steel universals on each end.

Before heading down a trail and finding some stuff to climb over, I made my way over to a mud pit to see how well the tires dug in and pulled the truck through. The mud was no issue for the aggressive tread pattern on the tires. They dug right in and didn’t clog up bad as they made their way through. After a few passes, I found a puddle to clean the tires off then headed to the trail.

On the way to the big rocks are lots of roots and small rocks and the Komodo Double Cab’s suspension soaked them up with no issues. This area is where the high ground clearance of the chassis and skid plate and smoothness of the skid plate really shined. The truck rarely touched the obstacles and when it did there was nothing holding it up.

The tires shined again when I made it to the rocks, their soft compound and lugs grabbed on to everything they touched. At times there was some slippage but there was enough wheel speed to get past it quickly. Tire deformation was a bit of an issue in some sidehilling situations; the inserts allowed the sidewall to deform a little too much and fold in which made you more aware of your driving.

The truck’s 62.5 degree approach angle and 58.5 degree departure angle were welcome in the more complex areas. The front bumper rarely touched the rocks and even though the rear bumper touched more often, it wasn’t enough to hang the truck up. Of course the 45 degree steering angle and medium 12.3-inch wheelbase was great to have when it came to maneuvering from spot to spot. 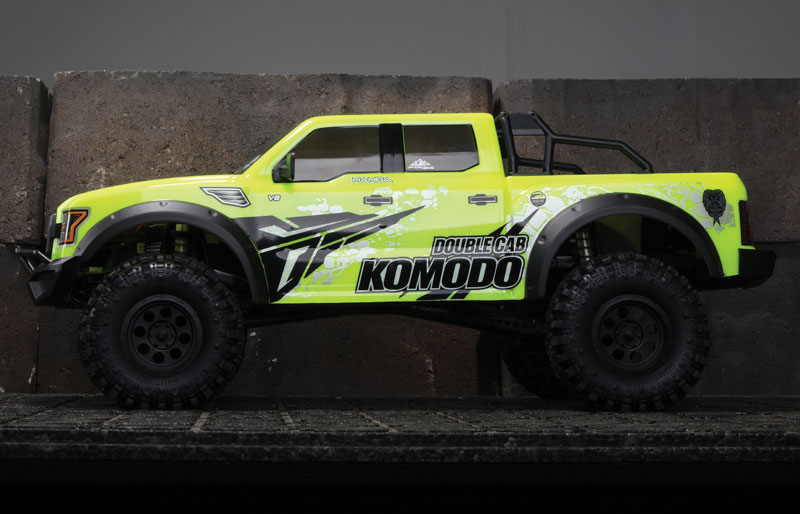 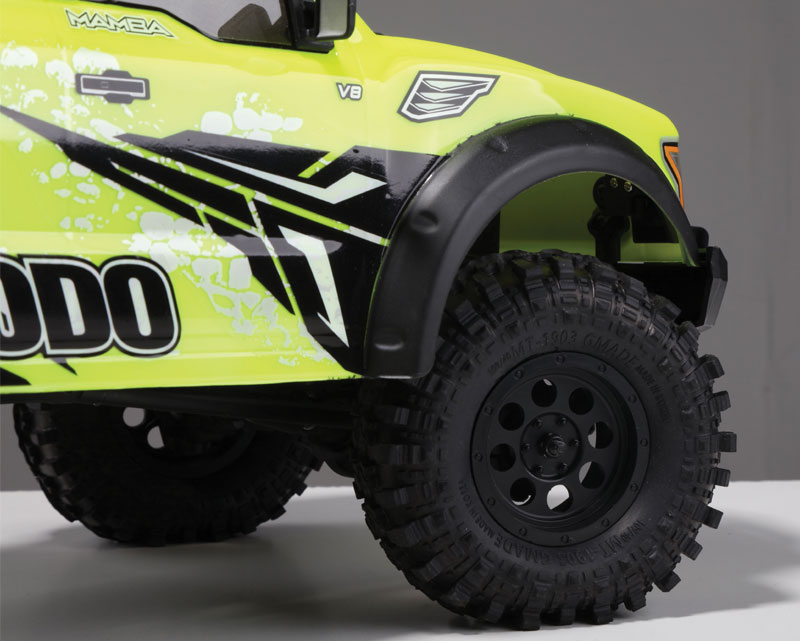 The truck’s 1.9-inch tires feature an aggressive tread pattern with a soft rubber compound. They’re wrapped around a simple yet attractive wheel with a faux beadlock ring.

Gmade really did a great job on the Komodo Double Cab. It has all the features that you would ever want in a modern-day trail truck and a few that are well, unexpected like the counter rotating center driveshafts. The truck looks great, performs very well on the trail and it was a fun build. I don’t have any gripes at all, I am looking forward to trying out some aftermarket bead lock wheels and tires and also a few of the Junfac option parts available. If you are looking for a quality kit with a smart engineering and design the Gmade Komodo Double Cab is a great choice.