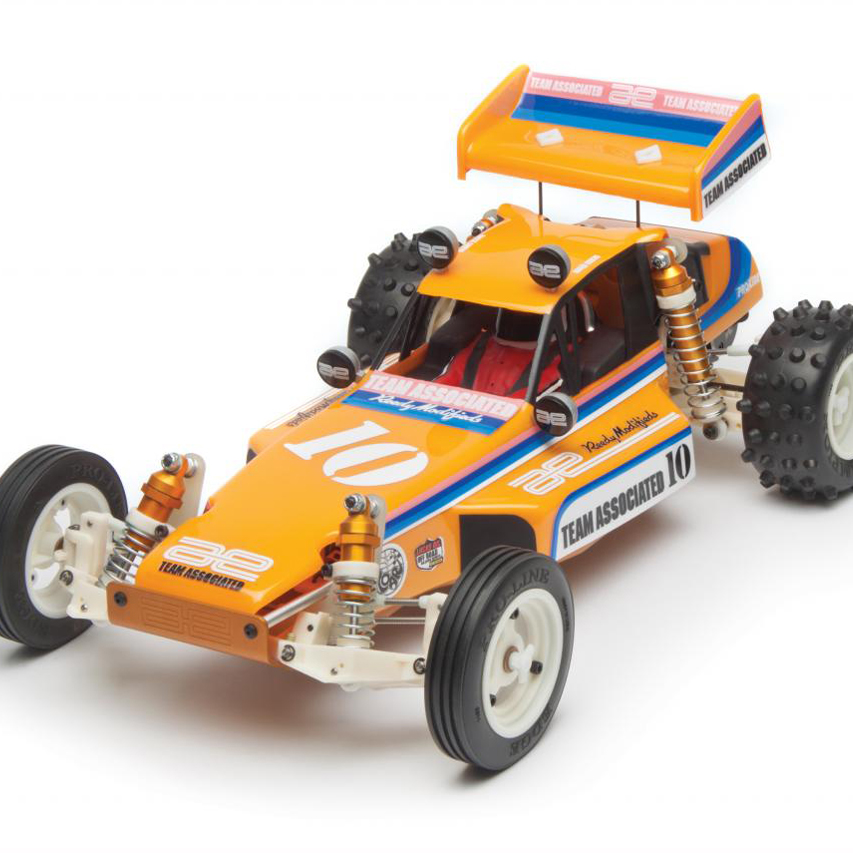 The Smithsonian is home to many incredible milestone machines: the Bell X-1, the Apollo lander, the Spirit of St. Louis…and now, an Associated RC10! The original gold-tub buggy that set the world on fire back in 1984 is on display as part of the museum’s new Spark!Lab interactive display that invites visitors to “create, collaborate, explore, test, experiment, and invent.”

Spark!Lab Curator Tim Pula reached out to Team Associated because the car was as special to him as it is to many of you reading this. Said Tim, “I grew up owning RC cars in the late 80s and early 90s. The things I learned while tinkering with those cars has certainly influenced the work I do today.”

Team Associated founder and RC Hall of Famer Roger Curtis was on hand for the opening of Spark!Lab, and thanks the museum “for recognizing the RC10 and the creativity, innovation, collaboration, and problem-solving it took to create it.”

Get the full scoop below in Team Associated’s press release. 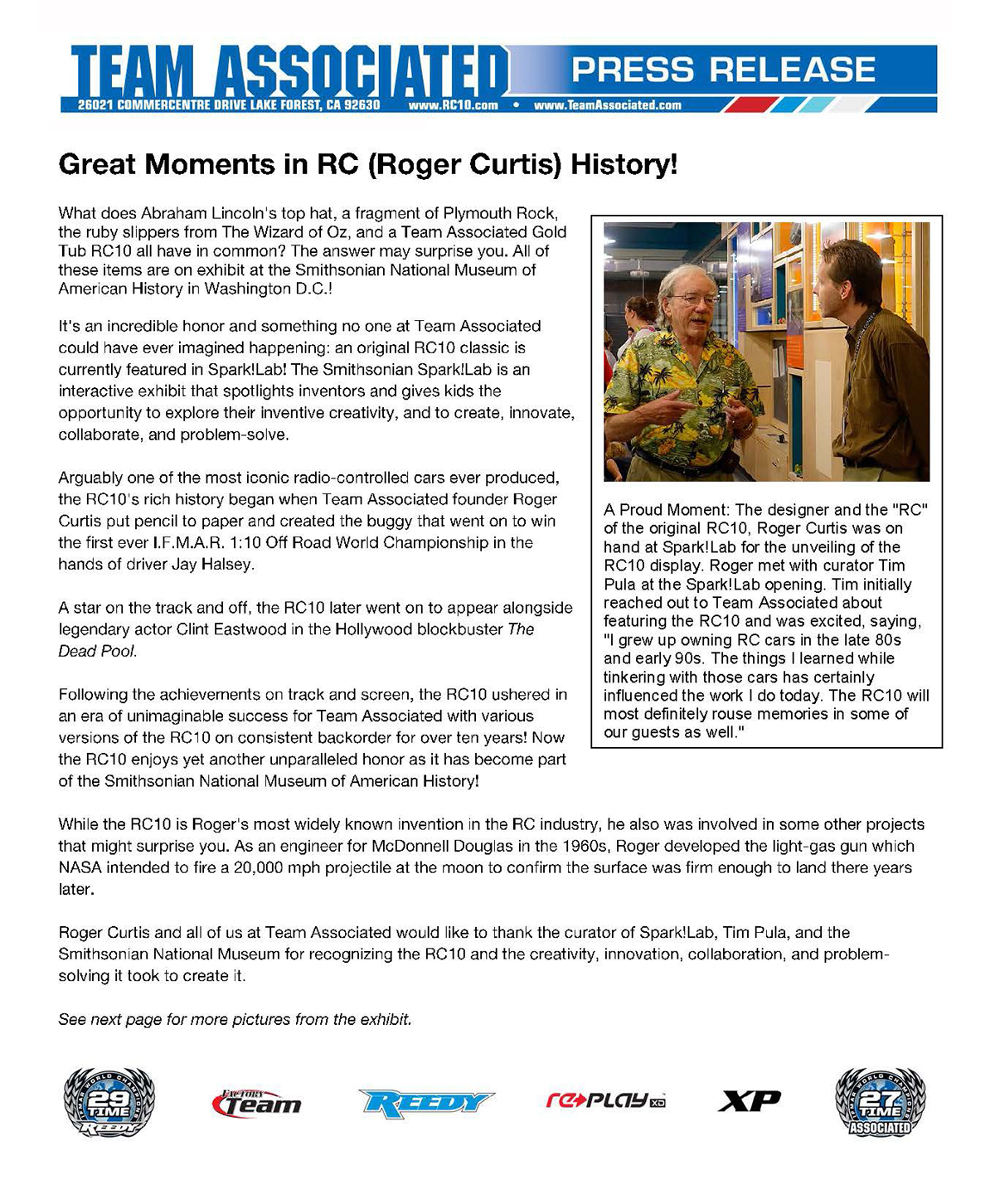 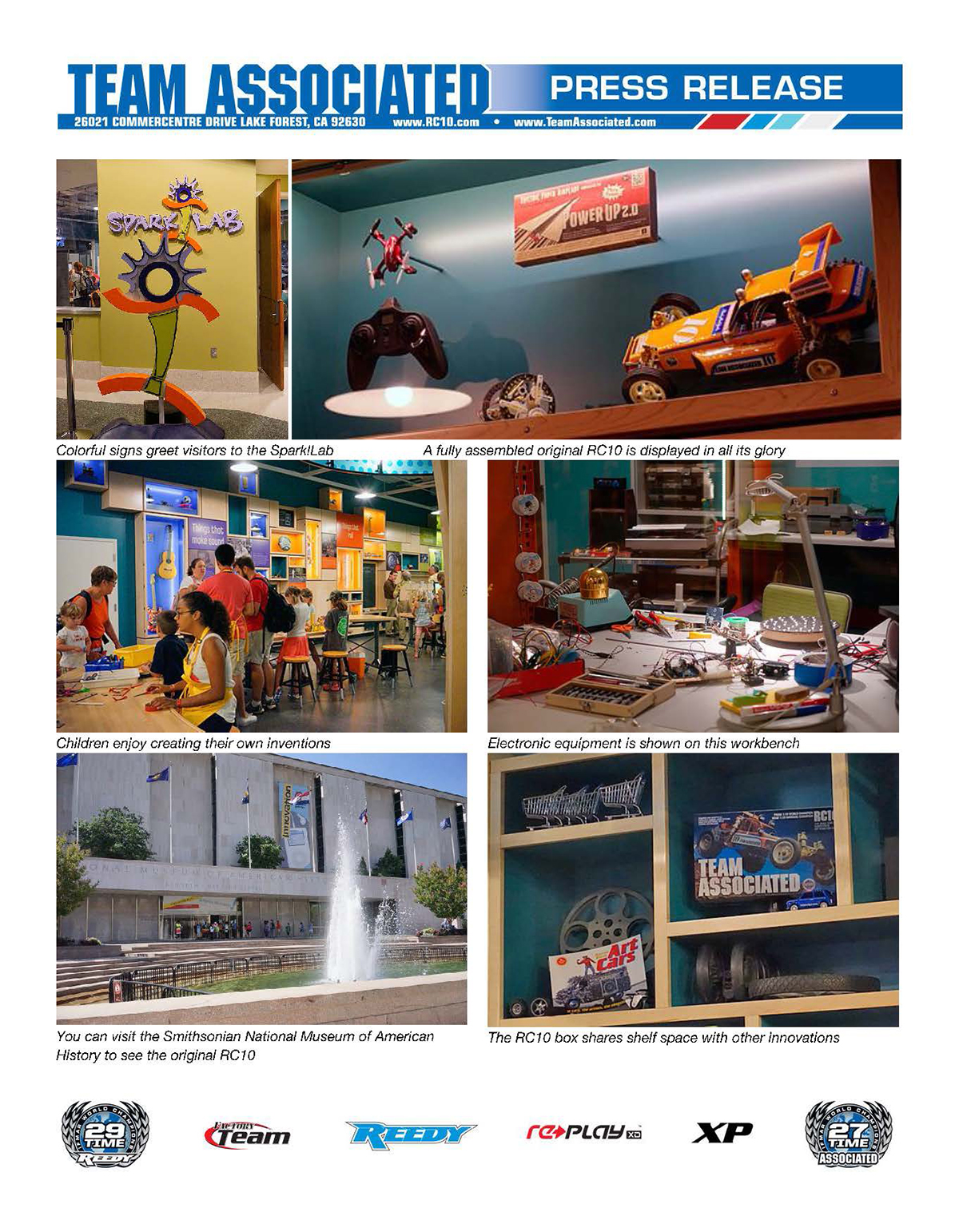