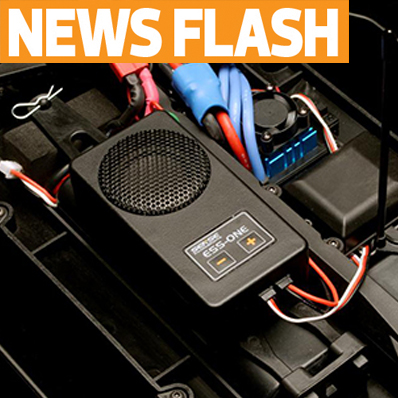 Looks like artificial engine sounds will definitely be “a thing.” Team Associated just announced the ESS-One Engine Sound System, which is chassis-mounted and “”lets you choose from multiple throaty race engine sounds, shifting, brakes, and turbo blowoff valves.” Nice. The system is shown on Associated models, of course, but can be used in any application with sufficient space on the chassis and under the body. Associated also announced a bunch of LED light options including a police light bar, which you can read all about in the press release below (click to enlarge) or you can get the scoop in our Hot News & New Stuff forum. 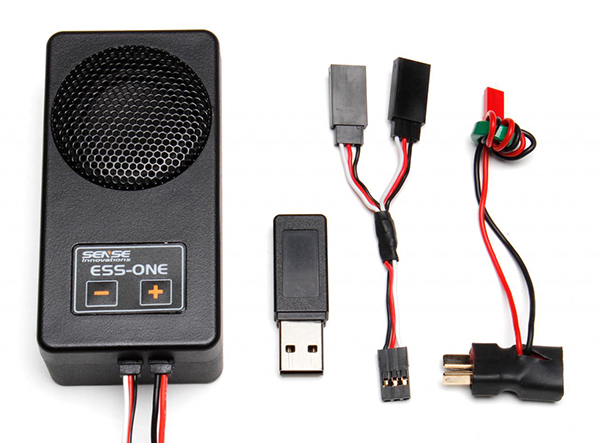 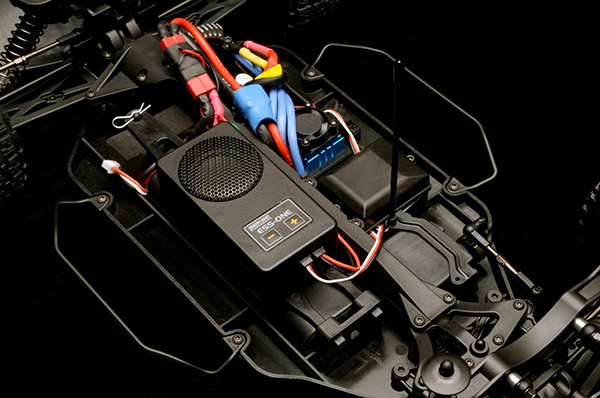 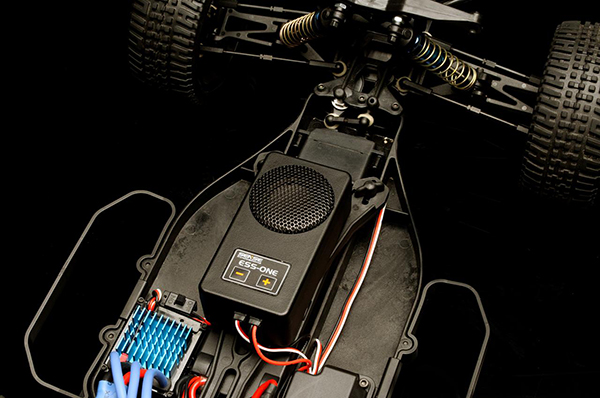 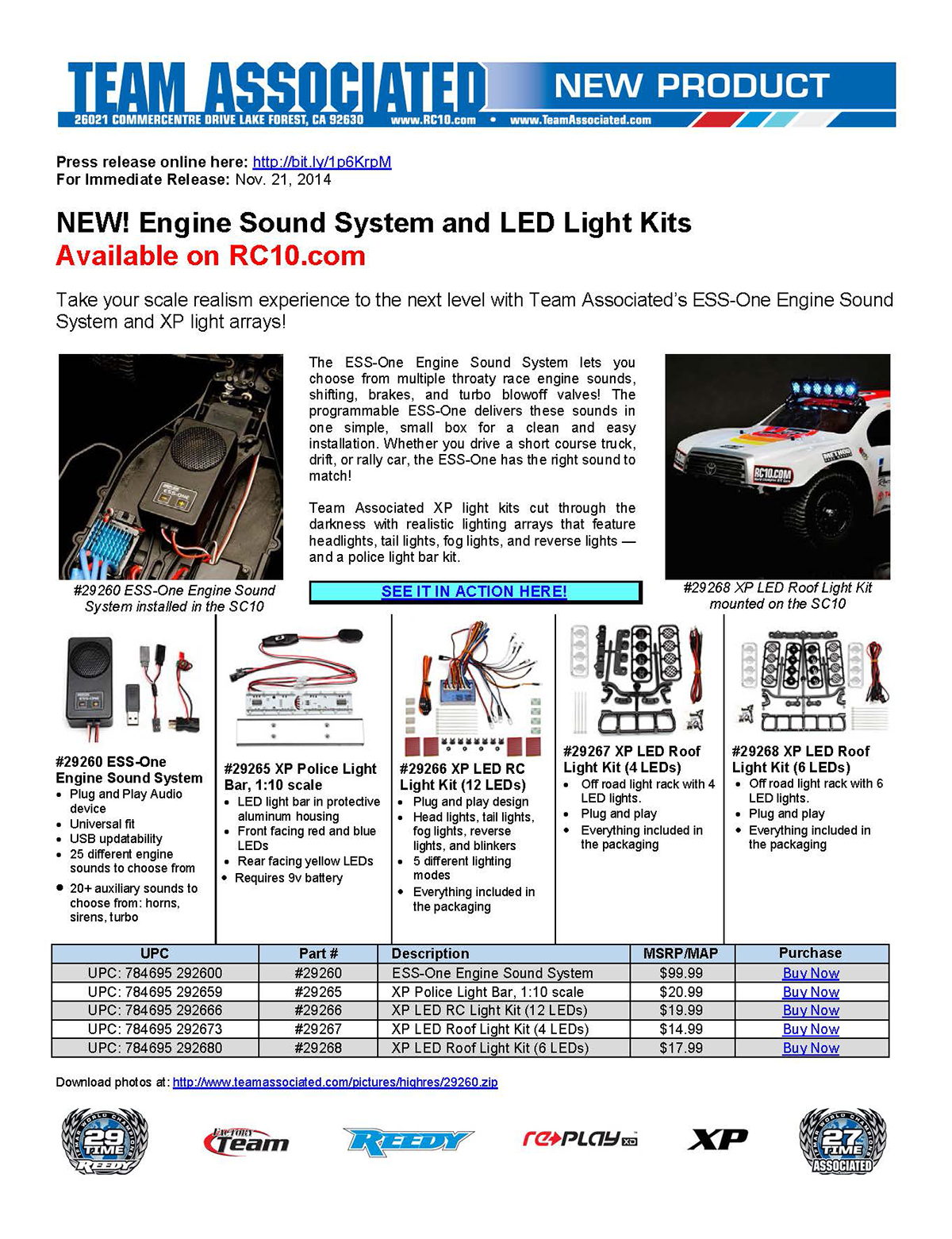