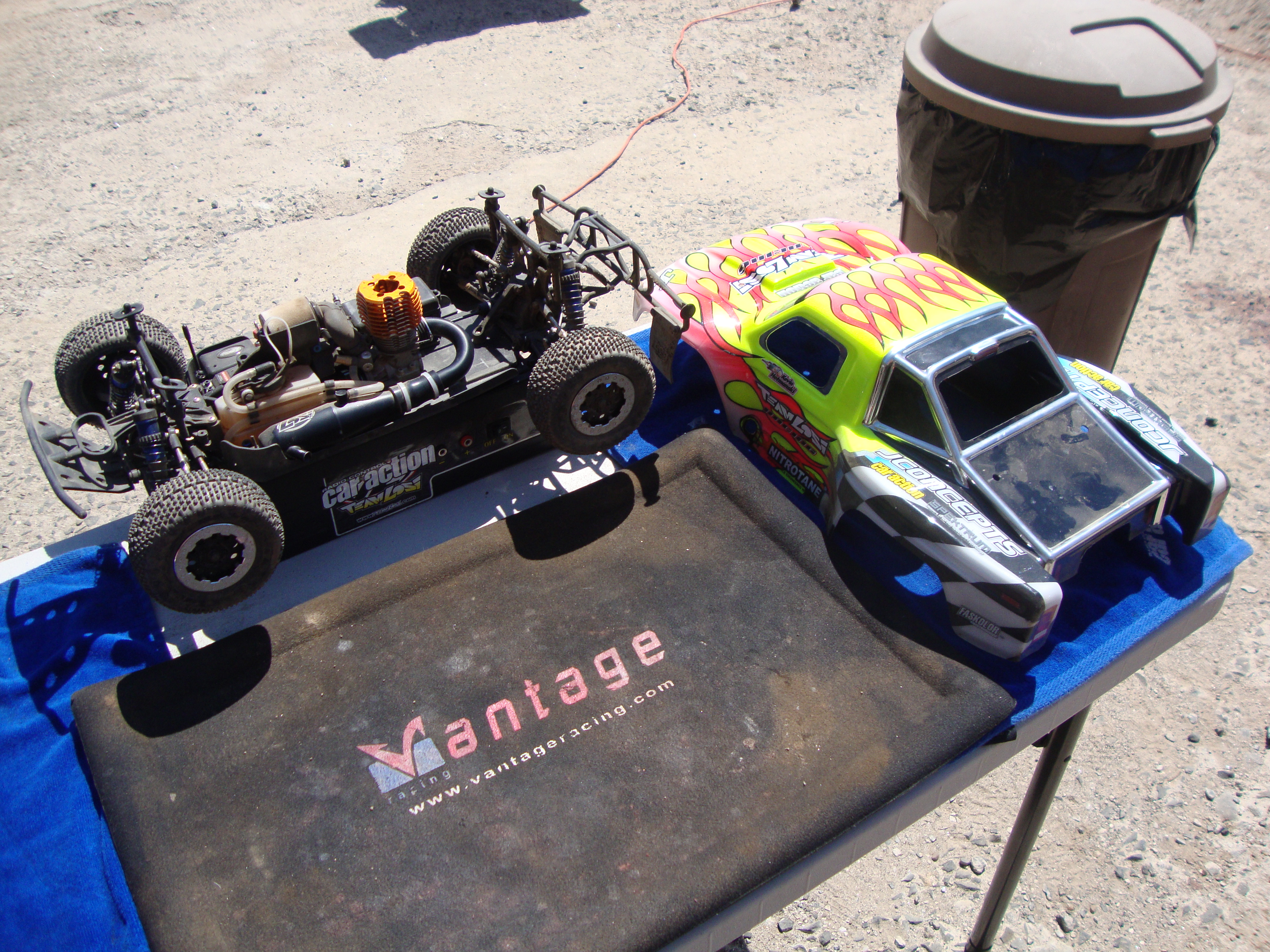 I’ve been talking about converting my Losi TEN SCTE to nitro power for a while now and I finally found the time to make the change over. Since the chassis had all the same screw holes and cut outs as the Losi 810 I decided to remove everything from the chassis of my 810 to see if it would in fact bolt in to the chassis of my TEN SCTE. After cleaning both vehicles it only took about a half hour to complete my nitro conversion. I cut out and mounted a new JConcepts 1979 Ford Ranger F250 body on my truck and went over to Pin Shop Hobbies for some track time during one of their weekend races. When I showed up to the track people were looking the truck over while I was setting up for the day and it took a while for some to realize what I had done to the truck and once they saw that engine sitting in the chassis, they were floored. On the track the truck was simply awesome and it felt like I was racing a 1/8-scale buggy with a short course body on it. What a blast! The only real issue I had all day was that the fuel tank is a little too small for racing. I ran out of fuel during my two qualifiers so during the main I came for a quick splash of fuel half way through my race. I hope that we see a nito powered short course truck class take off. They are so much fun to drive.